Confessions Of An Emmy Voter 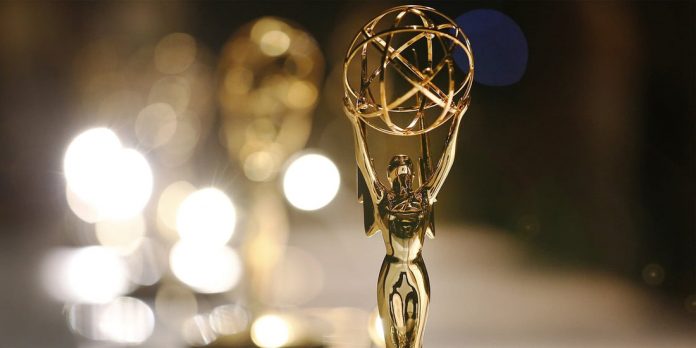 As a member of the Next Best Picture team, I have tried to be open about my favorites, my prejudices and my love of watching movies over these oh-so-many years. But there is one side of my life that I haven’t shared with you all, but, after much soul-searching, I have finally decided to come clean. I am….an Emmy voter.

OK, I can hear you reaching for your torches and pitchforks right now, but please hear me out. Yes, the Television Academy has voted for some boneheaded winners over the years, and I take full…no, I don’t, because I’m a proud member of the Writers Branch, and all of our nominees are perfect…at least the ones I voted for.​

​But I digress. Prior to joining the NBP team, I had a semi-lucrative career writing scripts for network television series, both comedies, and dramas. And enough of those were produced that I was invited to join what’s now called The Television Academy as a full-fledged voting member. It was an honor when I was accepted, and it is an honor still today.

But when it comes to voting time, frankly it can be a real pain in the butt. I’m not complaining, mind you, but when I hear Oscar voters whine about having to bring 10 screeners to watch during their holiday visit to Aspen, I have to roll my eyes. There were at least 300+ movies released in 2018, and only a small fraction of them submitted themselves as Oscar films. Looking at my Emmy shelf, it feels like I’ve received 300+ DVDs this year from Netflix alone. Plus HBO. Plus Amazon. Plus Hulu. Plus the networks. Especially in the past few years, I’ve come to one conclusion: there’s just too much television.​

I know. Poor me. Don’t get me wrong — I realize that part of this is my fault. I have friends who tell me about the 3 or 4 episodes of various series that they had seen just the night before and are planning to watch 3 or 4 more later that night. For me, when I’m done with my day, I cook dinner or go out with friends, and by the time I get home, I may have time for an episode or two of a favorite series, and that’s it. I read the rave reviews of certain new series and file them away in my head (“I really must catch that show”) but never seem to get around to actually watching them, much less binging them as any responsible voter would do throughout the year.

Now, all now those nights of putting shows off have caught up with me. (Old college habits die hard.) Still, I do want to be a responsible voter now and view all the right shows, but where do you start to cram? Well, first you begin with catching up with the usual suspects. So when the network boxes of DVDs arrive, you start with your “Game Of Thrones,” your “The Marvelous Mrs. Maisel,” your “Veep,” your “Killing Eve,” your “Barry” and other Emmy magnets. Then, if you have any time before the voting deadline, you have a window to check out other well-reviewed series such as “Fleabag,” “Catastrophe” or “Schitt’s Creek.” That’s if there’s still time. If you sometimes wonder why the Academy nominates the same series year after year, it’s because we simply run out of time to check out all of the new shows.​

Add to that the fact that I’m a member of the Writers Branch which means I not only vote in program categories but I have to vote on all of the scripts on all of those shows. I’m lucky enough, however, to have a little cheat sheet to help me in that regard. For the last several years, I have asked the wise forum users over at GoldDerby.com to name their one favorite script in both the comedy and drama series categories, and inevitably they offer not only the script that eventually wins but what turns out to be the nominees as well (Thank you for that, GoldDerby forums).​

Right now we’re in the screening period of the process. That will continue through June 10, which is when the nomination ballots go out. All ballots have to be returned to the Academy by June 24 at 10 pm PT. Nominations will be announced on the morning of July 16. Then we’ll receive DVDs of the five nominees in the categories that my branch can vote on during the week of August 5. Final voting begins on August 15, and all finalized ballots have to be received by the Academy by 10 pm on August 29. Then the Creative Arts Awards (the technical categories) will be bestowed on September 14, and of course the big Emmy show on September 22 on FOX.

It’s a long road to September 22, but my Next Best Series colleagues (who just wrapped up a great 6-podcast series on “Game of Thrones“) will keep you posted as to the latest television developments, and I will be here keep you up to date on the latest ins and outs of the Emmy race throughout the season as well both here on the blog and on the podcast. Stay tuned.​