Career Look: Is Jennifer Lawrence The Actress Of The Decade? 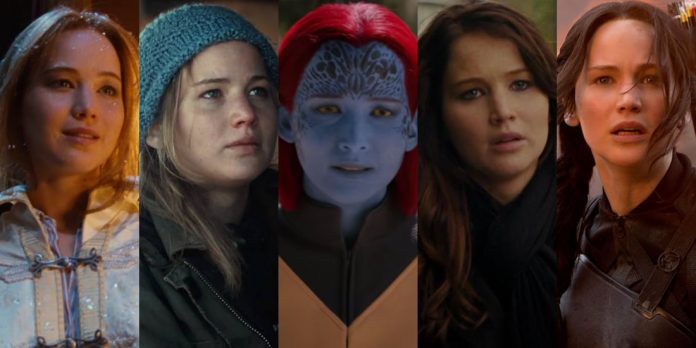 ​A few weeks ago, a debate started among the writers of Next Best Picture: Who is the best actress of the decade? As we near the end of the 2010s, there are dozens of valid choices. We could we choose Nicole Kidman, who has had an amazing resurgence both in film and TV. Or Amy Adams, no doubt of the best actresses working today, and one of the most overdue for an Oscar. Or Viola Davis, winning an Oscar, an Emmy, and a Tony in this decade. All incredible women to be sure, but after much deliberation and with the release of “Dark Phoenix” coming up, I’m here to submit my choice for the Actress of the Decade: Jennifer Lawrence.

I’m certain that statement elicited anger from many readers just now, and perhaps giddy agreement from others. Rest assured, I come to you not as a J-Law superfan, but as someone who has watched her career grow into something unique and undeniable over the past ten years. There are plenty more seasoned performers, but Lawrence’s relatively new career has exploded in both popularity and critical love.

One of the biggest reasons I see Lawrence as the Actress of the Decade is because of what she’s been able to accomplish in only one decade.  That is unless you were a fan of “The Bill Engvall Show”…I didn’t think so. Her career saw its first true success with the release of “Winter’s Bone” in 2010. The film won the Grand Jury Prize at Sundance and went on to score dozens of wins and nominations that year. Many of those awards were for Lawrence herself, who was singled out for her incredible performance. She was nominated for an Oscar for the film at just 20 years old, the second youngest Best Actress nominee ever at that time. She solidified herself right from the start as an actress to be taken seriously.

Though her film career kicked off with an understated, awards-friendly indie, Lawrence then starred in not one, but two massive blockbuster franchises within this decade. The very next year after her first Oscar nomination, Lawrence starred in the soft-reboot of the X-Men franchise with “X-Men: First Class.” The film was a huge success, spawning three sequels, including “Dark Phoenix,” coming out in a few days. The next year her career exploded when she was cast as Katniss Everdeen in “The Hunger Games.” This four-part series made Jennifer Lawrence a household name. These films weren’t just easy paychecks either. Her performance was consistently singled out in each film. Both franchises scored tons of money and a great deal of critical praise. Largely because of these franchises, Lawrence was declared the highest-paid actress in the world in 2015 and 2016.

​Though she juggled two incredibly popular franchises, Lawrence proved she wasn’t simply a franchise actress. In between those films, she still appeared in smaller and independent features. In 2012, the same year she starred in “The Hunger Games,” Lawrence appeared in David O. Russell’s “Silver Linings Playbook.” She went on to score her second Oscar nomination, and won, becoming the second-youngest Best Actress winner at 22 years old. She’s also the only person born in the 1990s to win an acting Oscar. This awards streak continued as Lawrence snagged nominations for “American Hustle” and “Joy.” She came very close to winning a second Oscar for “American Hustle,” but somewhat campaigned against herself, rooting for fellow nominee (and eventual winner) Lupita Nyong’o for “12 Years A Slave.” Her next nomination for “Joy” in 2015 made her the youngest person to receive four Oscar nominations.

All this time, she’s also gathered huge popularity in pop culture. She’s wildly likable for her down-to-earth and hilarious personality. Whether it’s falling down when accepting her Oscar, or being starstruck by Jack Nicholson, she’s this decade’s definition of relatable. Her popularity took an understandable toll, and led to her (hopefully) brief hiatus from acting, with no films officially dated apart from “Dark Phoenix.” Still, she deserves the rest after the decade she’s had.

Who else this decade has starred in two massive franchises while earning four Oscar nominations (and winning one!)? What other actresses have appeared in such a wide variety of films, while still remaining accessible and endearing? Who but J-Law launched their career this decade and immediately secured their place as an essential actress in Hollywood? There are countless actresses who deserve incredible praise and love for their amazing work in the 2010s, but by my count, no one has had as amazing a decade as Jennifer Lawrence.

Do you agree with my pick? Who do you think has been the actress of the decade? Let us know in the comments section below or on our Twitter account.