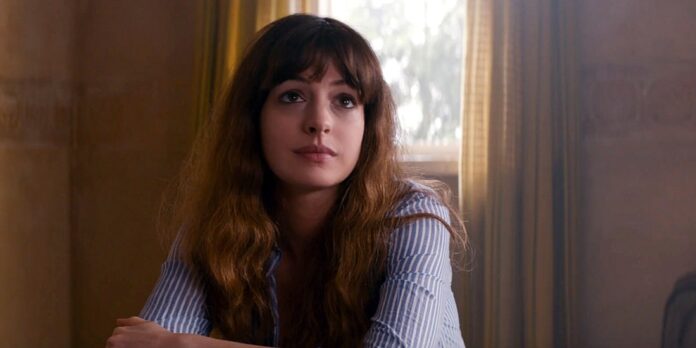 THE STORY – Gloria (Anne Hathaway) drinks too hard and parties too much. Her boyfriend has enough of it and throws her out. Gloria returns to her hometown, dreaming of making a new start, but instead revives her childhood friendship with Oscar (Jason Sudeikis), who runs a bar. After drinking a night away with Oscar and his friends, he wakes up to discover a gigantic monster rampaging through Seoul and realizes that somehow the monster is connected to her.

Much like “Swiss Army Man” last year, “Colossal” might just be the weirdest yet most interesting film I see all year. The concept for this film is completely bonkers and admittedly does not work as well as “Swiss Army Man” did but it’s helped along by strong performances from Anne Hathaway and Jason Sudeikis. It’s a film that is going to surely weird some people out with its crazy concept but in the end it manages to be a genre defying piece of work that pushes the boundaries of storytelling, even if it does not wholly succeed.

Gloria (Anne Hathaway) is living in New York City with her boyfriend Tim (Dan Stevens) and she has a pretty big drinking problem. Tim has had enough of it and one day decides to kick Gloria out. Alone, with no job and no money, Gloria heads back to her childhood home of upstate New York where she re-connects with her childhood friend Oscar (Jason Sudeikis) who now runs a bar and is willing to give Gloria a job there as a waitress until she can get back on her feet. Things suddenly take a turn for the worse though when a giant monster unexpectedly emerges in Seoul and starts destroying the city. Things get even more bizarre when Gloria discovers she has the ability to control the monster.

The premise behind “Colossal” is unique and off-putting to the point of silliness but writer/director Nacho Vigalondo plays the film completely straight in a believable manner that yields some unexpected results. Just when you think you know where this film is going, it subverts your expectations and becomes increasingly darker as it goes forward. By the time the film got the third act, I had no idea what to expect as I can honestly say I have never seen a film quite like this before. There are a few awkward moments where the film feels like it stalls out for a bit and that unpredictability I was discussing before can be disorienting to the viewer expecting a normal three-act structure with a predictable storyline. However, “Colossal” is anything but predictable. When your plot involves a drunk woman who finds out she can control a giant monster attacking Seoul in such a straight and serious manner, the rules of storytelling simply do not apply to you anymore.

Anne Hathaway is this movie. It thrives off of the strength of her performance and she knocks it out of the park. Equal parts sad, comedic and dramatic, she has not been this great since her Oscar winning turn in “Les Miserables.” She is balanced out by an unusually strong performance from Jason Sudeikis. What starts off as a charming good childhood friend that is looking to re-connect with this woman who has by chance found a way into his life again, turns into a dark force of domestic abuse, alcohol abuse and plays magnificently well into the themes that this film is trying to put forward. I’m not sure if the monster attacking Seoul aspect of the movie was necessarily needed for writer/director Nacho Vigalondo to sell these themes to the audience but it adds to the film’s uniqueness and ensures that it won’t be leaving our memories any time soon.

While not everything totally clicks in “Colossal” it will still go down as one of the most daring films I have seen in 2017. Anne Hathaway and Jason Sudeikis are strong and have very complex characters to the point where I was worried that Nacho Vigalondo had written them into a corner. However, by the time the film reaches its third act there is a final confrontation that is equally thrilling and satisfying. I’m always open to filmmakers trying new things to tell stories that may have already been told. In fact, I encourage it. “Colossal” is a great representation of how to tell a story with originality and confidence.