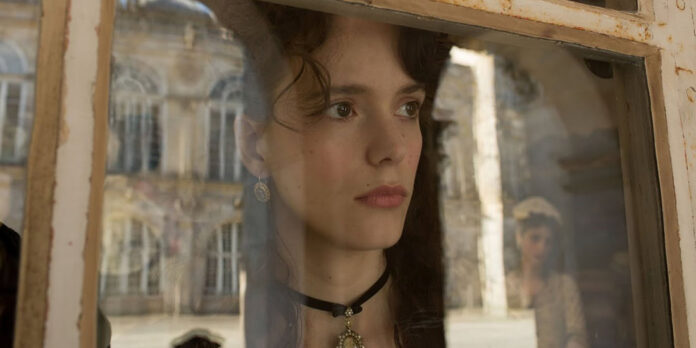 THE STORY – In the eighteenth century, Casanova, known for his taste for fun and play, arrived in London after having to go into exile. In this city of which he knows nothing, he meets several times a young courtesan, the Charpillon, which attracts him to the point of forgetting the other women. Casanova is ready to do anything to achieve her ends, but La Charpillon always escapes under the most diverse pretexts. She challenges him, she wants him to love her as much as he wants.
​
THE CAST – Vincent Lindon, Stacy Martin & Valeria Golino​

​​There’s been much discussion lately around whether a character needs to be likable or morally good. I would argue that the answer is that they don’t. However, if a character isn’t likable, they should at least be interesting. That is where Benoit Jacquot’s “Casanova, Last Love” fails. We aren’t given any real reason to care about the titular character, and he is neither likable nor interesting.

Written by Chantal Thomas, Jérôme Beaujour, and Jacquot, the film is based in part on Giacomo Casanova’s “Histoire de ma vie.” The eighteenth-century Italian adventurer’s autobiography has made his name a synonym for a “womanizer” because of his many tales of affairs with women across Europe.

“Casanova, Last Love” opens in 1793 in Bohemia, presumably at the home of Count Waldstein, where Casanova (Vincent Lindon) spent the last years of his life as a librarian while he wrote his autobiography. In the film, the Count’s niece questions him about his affairs and asks if he ever was in love.

The film flashes back to London thirty years earlier, where Casanova had escaped to after his latest exploit. He speaks no English, so despite being set in England, the film is mostly in French. The film’s first segment sees him finding old friends and carousing around London, trying to get used to a very different culture.

When Casanova discovers a beautiful young prostitute named Marianne de Charpillon (Stacy Martin), he becomes infatuated with her. But she avoids his advances, leading him in a cat-and-mouse game that ends with an agreement for him to fake court her for fifteen days. And during their time together, they begin to fall for each other.

For all its other faults, the film has a strong production design by Katia Wyszkop and beautiful costume design by Pascaline Chavanne. In fact, they are the shining attractions of “Casanova, Last Love.” The cinematography is serviceable, though not great, and there are occasional issues with the lighting being so dark that it’s difficult to see what’s happening.

Although the film is under two hours, it feels longer. It takes too long to get into the real plot of the story and lingers too long at the end. It’s the sort of film that’s mostly just people talking, which can be engaging with the right characters and discussions, but unfortunately, this isn’t. Though it has a beautiful design, “Casanova, Last Love” isn’t a thrilling new addition to the large realm of movies about its titular character.