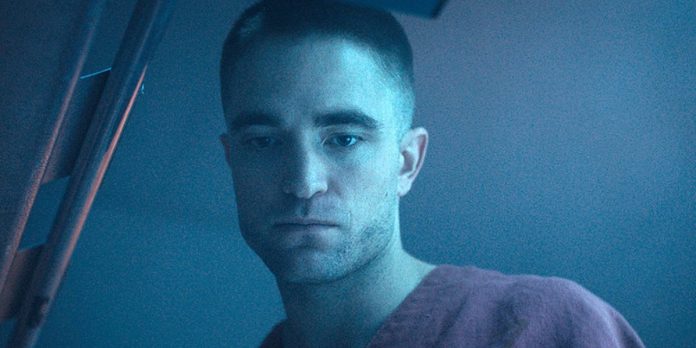 When “Twilight” burst onto screens in the fall of 2008, I admit to not being part of that fervent fandom. Mind you, I had no ill will toward those that sought enjoyment out of the film, but an eighteen-year-old film snob just wasn’t interested. As the films increased and the popularity grew, I stayed mostly on the sidelines of the franchise and resigned myself to simply not engage. Years later, when I finally watched the films, I was not terribly impressed but did feel they improved upon each new entry. Even still, the acting was never something I considered praiseworthy, particularly from the central leads.

​​At the time of their release, I don’t think the world outside of the dedicated fanbase was really clamoring for more chances to see Robert Pattinson and Kristen Stewart in other projects. Personally, I thought they were not served well by the material in those films and much of their performances came across as wooden and inauthentic. However, one should never hold an actor’s potential to a single role, and I certainly believed that more opportunities should be provided to see what they could truly do.

Since the ending of that franchise, both of these actors have gone onto some stellar work with art-house filmmakers indulging in unique storytelling. Both are worthy of examination, but with the recent release of Claire Denis’s “High Life”, I wanted to look at the career path of Pattinson in particular. His is a rather special case of an actor that I initially was unimpressed with who has now become an enticing screen presence and a genuinely exciting actor that I choose to follow. It was a discovery not made overnight, but little by little, it did dawn on me.

Like any actor attached to big franchises, Pattinson did try to work on other projects in-between the major installments. Films like “Remember Me” and “Water for Elephants” are not films I would call inexcusably bad, but they are a bit unremarkable (with the exception of the former’s crazy twist ending). They were relatively safe films that played to a middlebrow audience, and the results pretty much reflected that. Both films were perceived as critical and financial disappointments, and initially, it did seem as if Pattinson’s career outside of the “Twilight” films would be pretty lackluster.

However, when the final installment to the franchise, “Breaking Dawn: Part 2,” was being released in 2012, that seemed like the opportunity to finally take a real chance in terms of roles to play. Teaming up to work with a filmmaker like David Cronenberg sends a pretty strong message about one’s aspirations to break free from previously conceived notions about the films you make, and starring in such an odd vehicle like “Cosmopolis” will certainly do that. The film is a messy collage of philosophical ideas, much like the book it is adapted from, and to call it a success is to be extraordinarily generous. However, there’s no denying the abrasive oddity of the film, and firmly established a tone far different from the “Twilight” saga. This was the first time we saw Pattinson ready to commit to a film that wasn’t afraid to be different, even at the expense of overall critical praise. Thankfully, it didn’t stop there.

Once the “Twilight” films were officially over, the shackles were no longer there. No doubt one can assume that Pattinson was smart with the paychecks he collected over the years because that must have carried a certain amount of freedom to be able to experiment. “The Rover”, released in 2014, is unlike anything he’d been in previously and marked not only a departure in the types of films he had appeared in but also a style of acting. With his southern drawl and facial twitches, this was Pattinson fully committing to playing a transformative character. At the time, I admit to being at arm’s length at this portrayal that felt so incongruous from what I had expected of him. I also think the film’s appeal is limited by a lack of character depth. Still, there is a layered performance that Pattinson delivers here, and while that’s not really reflected in the script, you do appreciate what he is trying to bring to it.

From that point, Pattinson seemed to go on a crusade to truly reinvent himself as a reliable character actor that populated smaller films. This also seemed like the best opportunity to work with some prolific filmmakers like Werner Herzog (“Queen of the Desert”), Anton Corbijn (“Life”), Brady Corbet (“The Childhood of a Leader”) and James Gray (“The Lost City of Z”). All of these films cast him as a figure that’s mostly on the sidelines of the larger narrative, but it allows him to flavor the story with an interesting performance that helps to support it. These are roles that gave him the freedom to be a little more eccentric, and that made it all the more interesting to watch. Suddenly, Pattinson was becoming an actor making interesting choices, and that was starting to get me invested.

​Everything came to a head in 2017 with the release of “Good Time.” The film was abuzz with praise when it premiered in Cannes, and by the time it was released in theaters in the summer, my curiosity was peaked. The film is an exhilarating take on the long path of morally compromising decisions that spiral out of control,  and much of that works because of what Pattinson brings to it. Much like in “The Rover,” Pattinson is bringing a vocal alteration to his performance, but he completely embodies the role of this New York hustler who manages to charm and manipulate his way out of so many situations that also masks a deeply flawed neurosis. He’s pretty commanding in every scene, with a severe energy that plays to both his loathsome and sympathetic qualities. It’s a loud character that shows a subtle range underneath, and Pattinson should be applauded for how well he is able to pull this off.

That was really the moment it clicked for me. I had obviously seen the tight corners that Pattinson was trying to free himself from which the “Twilight” films put him in, and each new turn saw me recognize how much more fluid in his acting he could be. But “Good Time” really blew the doors off. It was as good a statement as any that told me a film with Robert Pattinson was going to be one that dared to be unique, and that he was going to commit himself to portray an interesting character that would be fascinating to watch.

Currently, one can see Pattinson in “High Life,” from acclaimed French filmmaker Claire Denis making her English language debut. The film, like many of the sorts that Pattinson has been taking on recently, is a strange oddity that doesn’t conform to the conventions of narrative storytelling and takes the audience on a wild ride. It’s an interesting film that uses a grounded and reserved performance from Pattinson to keep you engaged. It’s a somber role that invites you deeper as the film progresses, and he’s a valued asset to the film’s overall tone. Once again, his presence marks a statement about a more daring cinematic experience awaiting a viewer, and it is a message many have come to truly value in this era.

For a long time now, Pattinson’s inclusion has been a big selling point for me in terms of my interest in an upcoming film. So often, actors who are blessed with good looks and have had a taste of superstardom choose to avoid projects that push them beyond their comfort zones. It’s been thrilling to watch Pattinson reject previous assumptions about his career path and commit to working with filmmakers telling interesting stories and using him to deliver a unique and layered performance. Audiences will see him soon in “The Lighthouse”, which is the follow-up from Robert Eggers, director of “The Witch”, co-starring Willem Dafoe. Also, the announcement that he is joining the already stellar cast of Christopher Nolan’s as-yet-untitled upcoming film makes me even more excited to see a team-up between a director I’ve admired for years and an actor who intrigues me with every bold choice he continues to make.

The irony never escapes me when thinking about how the community of cinephiles who once mocked Pattinson’s involvement in the “Twilight” films has now come to see him as an indication of a bold new vision from a revered filmmaker. It’s a journey that didn’t happen instantly, but gradually Pattinson showed that not only was he not going to be defined by a single role, but he would also use his celebrity to attach himself to obtuse projects that benefited from his involvement. He has more than proven himself not only a capable actor but an artist whose taste aligns with engaging storytelling. That’s more than what we get from a lot of actors, and even though I used to dread a film starring Robert Pattinson, I now eagerly await the next one.

Have you seen “High Life” yet? What is your impression on Robert Pattinson as an actor? Let us know your thoughts in the comments section below or on our Twitter account.