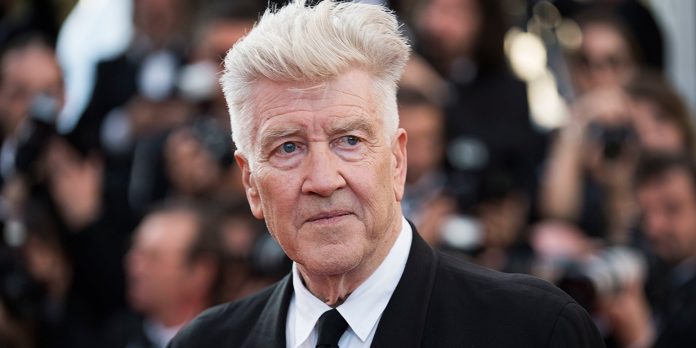 ​​When you watch a film, what is it exactly you are hoping to discover while watching? A new actor or actress? A new piece of the director, writer, cinematographer or editor’s work? A mentally and psychologically challenging piece of art? Or perhaps you just would like to escape reality for a few hours and be entertained. Obviously, there’s no wrong answer to this rhetorical question I’ve just asked but it certainly makes you wonder. Regardless of what your answer might be, we all become occupied with this when watching a movie. We allow a filmmaker to take complete and total control of our psyche through whatever it is they are showing us and they make us hear what it is they want to say.

Filmmakers want to manipulate us. Some want to point out the truth or expose a lie. Some simply want to ask a question and ask us to come up with an answer or maybe even more questions. However, there are some filmmakers who don’t want to give us any answers. They present so many different images on the surface that they give off the feeling that there is something much deeper going on, only for us to never fully decipher the puzzle they have put forth. Certain filmmakers want to entice us, subject us to their deepest and darkest thoughts that not only raise questions but make us contemplate everything we have ever known. These filmmakers force us to delve into the scariest corners of our minds and explore reasoning we never even thought of prior to watching any film before. And no filmmaker challenges their audience more than David Lynch.

​Described as “the first popular surrealist” by film critic Pauline Kael, David Lynch is a director whose name has somehow taken the form of an adjective rather than a noun. When we describe films that have a feeling we can’t quite put our finger on or feel a little bit off the beaten path, we call them “Lynchian.” His films are something truly unique and special. He works within an area that many other directors never even remotely try to approach, an area that is truly undefinable but simultaneously stunning. It’s because of this, that his career is finally being acknowledged by the Academy of Motion Picture Arts and Sciences with an Honorary Oscar for his contributions towards the world of cinema.

David Lynch creates films that are meant to have little to no answers. His films tend to lean towards the horror genre side of things, with the worlds he creates, the characters that inhabit them, and the actions that take place which can be horrifying. But I don’t think Lynch’s goal is to scare us. I think Lynch’s goal is to show us a horrible underbelly to the world around us. Films like “Blue Velvet” and “Mulholland Drive” take place in locations that are familiar to us or at the very least, look like somewhere we could physically travel.

But Lynch populates these physical places with things that we would not normally see or hear if we were living in that world. The way people talk, the way people dress, the way they interact, none of it fits perfectly within the world we have pre-conceived within our own minds. The world of these films is meant to occupy a space that is all too familiar but is occupied nonetheless by things we have never seen before. Fear is at the forefront of many of Lynch’s films and anything can happen at any moment within these new realities.

Take the opening to “Blue Velvet” for example. A man suffocates to death for no reason in what could be any of our backyards. From the very beginning of any Lynch project, a relationship is established between the setting and the characters. Anything can happen and it can happen at any time to any of us. Much like his characters, we the audience live in a state of constant distress. Lynch’s films are filled with high anxiety from beginning to end because he teaches us to understand that the world is meant to terrorize his characters.

But how does this message come across? Obviously, it happens through a lot of different and off-putting visuals. For the visuals, Lynch likes to show his characters appearing rather small compared to their surroundings. Think of the setting of “Eraserhead,” it’s not a place we can quite pinpoint but the main character constantly looks minuscule in comparison to the architecture. This plays into an idea that is consistently relevant in Lynch’s works: the notion of safety or solace.

​Often times the characters in a David Lynch project cannot find solace. Even if everything goes exactly how they planned and hoped it would, there is still something missing from their life. They can never truly go home or find safety again from a place that once felt familiar to them. The anxieties of his characters are what helps to drive this point home. Everything around them is quite literally trying to swallow them whole.

Lynch focuses on making sure that his films have a tense atmosphere from start to finish. There’s meant to be this focus on anticipation and a deep sense of anticipation for something horrible to go wrong. Fear pervades everything in the surrounding world. On top of his commanding visuals, Lynch also relies heavily on his use of audio. The soundscapes within a Lynch film are ones that will haunt you for the rest of your life.

As if we could not feel the physical toll that his visuals take on us already, we are crushed beneath the weight of his sound due to the constant brooding dread that gets built and built only for nothing to happen. We sit within the sounds that he has created impatiently waiting for a terrifying face to jump out at you or just hear someone scream in your face but neither happen. Lynch is a master of patience. He builds tension to pay off sometimes but never when we are expecting it.

Another thing that makes Lynch’s body of work so fascinating is just how little knowledge we have of the finished product. He makes a very conscious effort to not divulge into the deeper meaning of his films because he thinks we should be making our own assumptions and crafting our own meanings from what he has put on display. For Lynch, all of the parts are not meant to equal some greater whole. Instead, his plethora of fascinating visuals and guttural soundscapes are scattered out on a plater for us to indulge as viewers. We want to dissect cinema, we live to dissect cinema and when it comes to David Lynch we are enraptured with his process because he provides it with each piece of work he creates.

David Lynch is a masterful filmmaker and quite possibly one of the most important directors to have ever stepped behind a camera. He achieves things with his films that many directors strive to capture even a small fraction of. Receiving an Honorary Oscar is a truly incredible thing and I wish he would have been recognized by the Academy a bit sooner. Lynch is one of my personal favorite directors and I love studying his work, trying to figure out what each of his projects means to me. He creates such palpable atmospheres to live in that it becomes difficult to think about quite literally anything else after you experience one of his films. Although he is no longer making feature films, his past work remains an enticing enigma with multiple levels of interpretation, feelings, and opportunities to explore deeper meaning, which will never fully be revealed.