“BRING YOUR OWN BRIGADE” 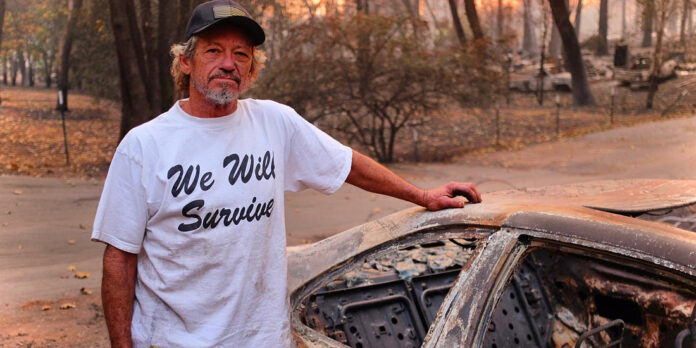 THE STORY – An investigation into our landscape’s hidden fire stories and on-the-ground experiences of firefighters and residents struggling through deadly fires.​

​​​Fire has been a threat to human life since early civilization, but it poses a particular risk in certain parts of the world today. Two-time Oscar nominee Lucy Walker wrote, directed, and produced “Bring Your Own Brigade” about the deadly fires in California in 2018 and their aftermath. In the introduction, Walker, who is English, says that she thought of fire as a medieval problem as London’s last major one was the Great Fire in 1666.

But after touching on wildfires across the world, Walker focuses on ones that ravaged the well-to-do community of Malibu and the working-class community of Paradise in northern California. She had actually been working on a film about the Thomas Fire when the more devastating Camp Fire and Woolsey Fire, which claimed over eighty-five lives, occurred in 2018. Walker combines footage from the fires that she shot with her crew with videos sent to her by emergency responders and citizens.

Walker’s narration takes us through the piece from the fires themselves to their aftermath and exploring causes from climate change to big corporations. She illustrates her own personal journey with learning about wildfires as she shares the information with the audience. I appreciated this personal touch, but others could find it strangely self-centering of the director.

The most effective part of the documentary is its opening act which contains lots of handheld camera and smartphone footage from during the fires. Having the first-hand videos makes the story of the fires much more intense, and it helps the audience to grasp the scope of loss that occurred entirely. As someone from the East Coast, a fire of this scale is hard for me to conceptualize, but this film was able to bring it to life in a visceral way.

Walker interviews many people about their experiences in the fires, weaving in these personal stories effectively. For example, Brad Weldon stayed in his home with his ailing mother and fortunately made it through the fire. He speaks about being grateful that his house survived since it’s what he has left of his late wife. Later, he opens his home to other survivors of the fire whose houses didn’t make it.

Walker then explores the aftermath of the fire, along with several potential causes for them that go beyond the simple explanation of climate change. From the timber boom to the Gold Rush, she attempts to illuminate the complicated issues at the root of this problem. The switch from covering the fires themselves to looking at the causes feels a bit abrupt, but this section holds some exciting material that goes beyond the standard coverage of these fires.

The final section of the documentary deals with the aftermath of the fires and the residents’ reactions to them. It’s disheartening to see how the posh communities around Malibu hire private firefighters to protect their lavish property while the residents of Paradise refuse stronger fire-safe building codes because of the potential costs. Interviews and footage from local government meetings show how the communities turned on the firefighters and refused to adopt more robust safety measures.

Walker states, “Just as with climate change, we know what the problems are. We know what the solutions are, but we’re not getting it together to implement them.” Her documentary shows not only the devastation of the fires but the concerning way that there is no easy solution to stopping them — or at least not one that people are willing to adopt. The sections might feel a bit disjointed, and it feels longer than it needed to be, but “Bring Your Own Brigade” does a great job of both emotionally and intellectually appealing to viewers to teach them about the California wildfires.