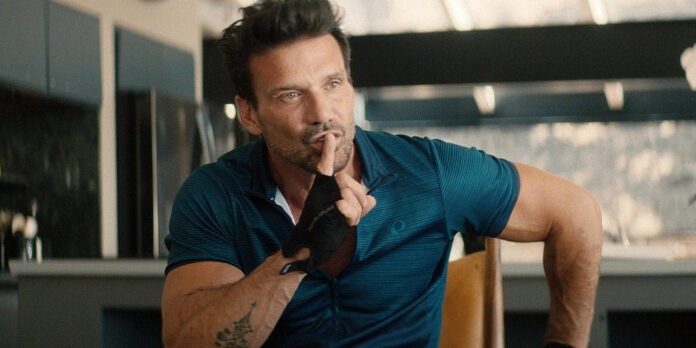 THE STORY – Brought to Los Angeles for treatment, a recovering junkie soon learns that the rehab center is not about helping people, but a cover for a multi-billion-dollar fraud operation that enlists addicts to recruit other addicts.

There is a palpable hunger for films that can take a subject that feels ever-present in our lives yet also contains multiple layers of complexity. These topics touch daily life but contain a path of logic that’s intentionally contorted to prevent the masses from fully understanding how widespread the toxicity truly is. Of the many industries that have had such examinations thrust upon them, healthcare is one that is consistently ripe for such riveting commentary. “Body Brokers” looks to dive into this landscape and show the moral gray areas that run these businesses and people inside of it. Its eye is turned toward this topic, but it ends up lacking a compelling narrative to explore.

The film begins on a somber note with Utah (Jack Kilmer) and Opal (Alice Englert), two young drug addicts in Columbus, Ohio, who barely skate by in their seedy lifestyle of robbery. One day, they randomly cross paths with Wood (Michael Kenneth Williams), who seems to take a genuine interest in their well-being and offers a solution to get them help at a rehab facility in Los Angeles. Opal refuses, but Utah accepts the offer in a bid to turn his life around. It’s upon leaving his old life that he discovers the healthcare system’s shady practices, one that exploits people’s real problems for high financial gain. As Utah falls further into this world, the dilemma between personal wealth and a solid morality becomes an intensified battle within himself.

From the first scene, one gets the impression that the tone is something akin to “The Big Short” or “The Wolf of Wall Street” – one that employs an irreverent sense of humor to explain a complicated web of information. This tone is peppered throughout, but it clashes jarringly with the more melancholy drama of these characters. It’s a balancing act that writer-director John Swab never quite manages to blend successfully. This ultimately leaves the grounded drama rather mundane and the flashy stylistic choices feel inauthentic and manufactured, which often results in a lethargic pace that struggles to make this story worthy of investment. The tonal shifts are consistently abrupt and disruptive.

None of the filmmaking helps to compensate for Swab’s screenplay either, particularly as it’s littered with flat characters and stale melodrama. The intimacy of the character study is at odds with the macro view of commenting on an entire industry, and neither section manages to find a captivating way to mine this material. The stilted dialogue is tiresome, particularly when matched with an aggressive voice-over narration that attempts to lift the spirits of the film but only ends up hollow in execution. This isn’t to mention the array of worthless female characters – to call them shallow would be generous. Even when the stakes are elevated into more dangerous territory in the third act, it’s yet another element that feels disconnected from the piece’s overall mood and seems right out of another film altogether. The script is not only insipid but also uninspired and contrived.

The performances from this ensemble are also not incredibly noteworthy either. Kilmer does manage to tap into some reserved emotions that are effective, but most of the time, he offers a pretty bland persona that doesn’t make for an engaging protagonist. Williams has a presence that showcases a charisma that can be charming, but it’s minimally felt and he disappointingly leaves little impact. There’s some interesting work from Englert, but the nature of her character is one-note and pedestrian. Same for Jessica Rothe as Utah’s new love interest and Melissa Leo as one of the rehab center’s counselors, both of whose immense talents are completely wasted. Frank Grillo shows up at one point to play a sleazy higher-up in this operation, and while the potential was there to create an intriguing antagonist, he is miscast in a role that demands a more polished edge than the grit Grillo usually brings. The entire cast is filled with good players, but they are burdened by roles that are poorly written and quite dull. To create a good performance out of such text is a task that’s difficult for anyone to salvage. The only one who really does is Owen Campbell in a small yet entertaining role that is one of the few memorable performers.

It’s easy to imagine the type of movie “Body Brokers” wants to be. It wants to portray a harrowing story of human drama that also showcases the vast intricacies of enterprises related to the topic at hand. There are ways to make this a stimulating tale, but those efforts are not found here. The banal filmmaking doesn’t aid in the dragging pace, nor does the superficial screenplay find any real inventive means to comment on its empty themes. While one could point to some moments of acting that are impressive, it’s mostly an unremarkable showing from a cast that is far more gifted than what is being offered here. There’s a lot on display that wants to make this material seem like it’s much more profound than it actually ends up being and just becomes yet another missed opportunity to explore a relevant environment.