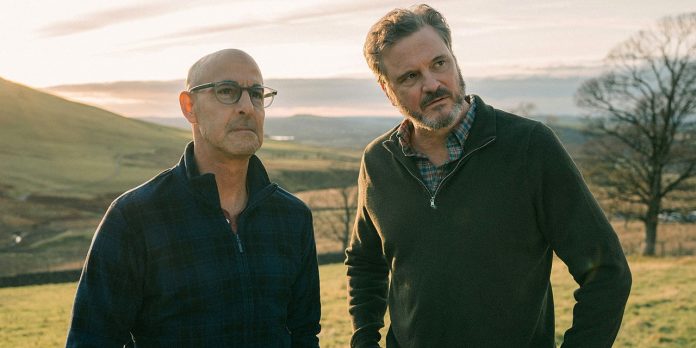 By Danilo Castro
​
Colin Firth and Stanley Tucci are already generating award buzz for their performances in the upcoming drama “Supernova.” There was speculation as to which categories each actor would qualify for, but Variety has confirmed that Bleecker Street will campaign Firth in the lead actor category and Tucci in the supporting category.

​“Supernova” focuses on Sam (Firth) and Tusker (Tucci), longtime partners who travel across England to reunite with old friends. Their reunion gets cut short when Tusker is diagnosed with early-onset dementia, and Sam decides to spend as much time with him as possible before he dies.

The film currently has an 89% critic score on Rotten Tomatoes, with many hailing it as some of the best work Firth and Tucci have ever done. Both actors have experience in their given categories. Firth was nominated for Best Actor for “A Single Man” in 2010 and won the category the following year for his memorable performance in “The King’s Speech.”

Career narratives play a crucial role during awards season, and the fact that Tucci, a respected character actor, has never won an Oscar, means he could appeal to legacy voters. It helps that Firth and Tucci have been close friends for twenty years and had been waiting for the right film to collaborate on. Their natural chemistry, both on the screen and during press tours, could further endear the duo to Academy voters.

What do you think of Firth and Tucci campaigning for Best Actor and Supporting Actor, respectively? Do you think Tucci will be able to win his first Oscar? Check out our latest predictions here. Let us know in the comments section below or on our Twitter account.