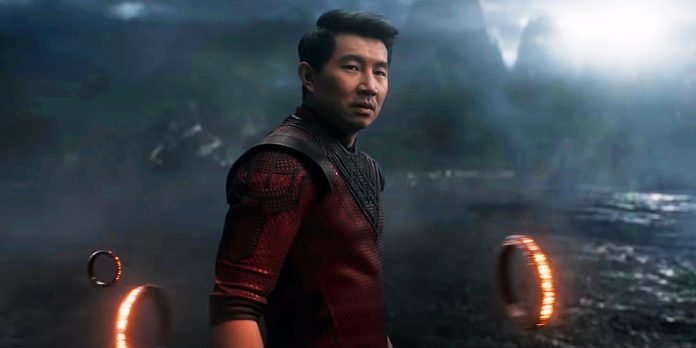 By Casey Lee Clark
​
We took last week off due to the craziness of the fall film festivals overlapping so much, but we’re back this week with another “Best Of The Week” article, where we check in with not only the new physical media releases of the week but also a list of the top 10 results from the box office this past weekend, plus the top 10 streaming titles of the week on both film and television.

“Shang-Chi And The Legend Of The Ten Rings” topped the box office in its second week this week. Obviously, Marvel films are expected to dominate the box office. Still, this film is going beyond expectations, likely due to positive reviews and its theatrical exclusivity rather than also being available with premier access on Disney Plus. Likewise, “Free Guy” is also hanging on strong in the number 2 spot, cementing Ryan Reynolds’ star persona and the audience’s desire to see films again in theaters if they are unavailable on streaming. The most significant new release of the week, James Wan’s “Malignant,” only came in at number 3. However, the film is also available on HBO Max, so many could’ve just chosen to catch the new horror flick at home which has been a trend for Warner Bros. titles throughout 2021. Audiences are still showing up for horror films in theaters, obviously not at pre-pandemic numbers but still impressive, with “Candyman” and “Don’t Breathe 2” still making a dent in the box office top 10 at numbers 4 and 7 respectably. One of the summer’s biggest hits, “Jungle Cruise,” is still cracking the top 5 despite its premier access on Disney Plus, proving that one should never underestimate the power of Disney and the Rock. “PAW Patrol: The Movie” is also doing well at number 6, certainly a hit for families with young children. New to theaters this week, Paul Schrader’s latest “The Card Counter” had a modest showing coming in at number 8, the hit of the art house this week. We’ll have to wait and see if positive word of mouth can help it hold on next week in the top 10, or if it will drop out. Also new to theaters, this week is the faith-based drama “Show Me the Father” at number 9, another genre and market that should never be underestimated in terms of surprise box office appearances. Finally, “Respect” rounds out the top 10, earning a total of $23,100,000 to date. It’s unclear whether its modest box office showing will help its star Jennifer Hudson this coming awards season, but only time (and campaigning) will tell on that front.

​The week’s most prominent new release is the 2021 Marvel film “Black Widow,” directed by Cate Shortland and starring Scarlett Johansson, Florence Pugh, David Harbour, O.T. Fagbenle, Ray Winstone, and Rachel Weisz. This is available on both 4K UHD and Blu-ray. Another giant new release this week is the 2021 animated sequel “The Boss Baby: Family Business,” with voice performances by Alec Baldwin, James Marsden, Amy Sedaris, Ariana Greenblatt, and Jeff Goldblum. This is also available on 4K UHD and standard Blu-ray. One of A24’s 2021 films comes to Blu-ray this week with “Zola,” directed by Janicza Bravo and starring Taylour Paige, Riley Keough, Colman Domingo, Nicholas Braun, and Jason Mitchell. The other recent releases I wanted to highlight are the 2021 horror film “Censor,” which premiered earlier this year at Sundance, and “The Human Factor,” the recent documentary from director Dror Moreh. Moving on to upgrades and older titles, the biggest 4K upgrade of the week is the 1994 Frank Darabont film “The Shawshank Redemption,” starring Tim Robbins and Morgan Freeman. This week’s other significant 4K upgrade is the 2013 film “Hansel & Gretel: Witch Hunters,” starring Jeremy Renner and Gemma Arterton. From Shout Factory’s Scream Factory label comes the 1982 horror film “Alone in the Dark.” Directed by Jack Sholder, this film stars Donald Pleasence, Jack Palance, Martin Landau, and Dwight Schultz. Arrow Video has a new box set out this week titled “Cold War Creatures: Four Films from Sam Katzman,” featuring the films “Creature with the Atom Brain” (1955), “The Werewolf” (1956), “Zombies of Mora Tau” (1957), and “The Giant Claw” (1957). From the Warner Archive Collection, we have the 1940 western “Santa Fe Trail,” directed by Michael Curtiz and starring Errol Flynn and Olivia de Havilland. Finally, we have a Blu-ray upgrade from the Criterion Collection with the 1986 Neil Jordan film “Mona Lisa,” starring Bob Hoskins, Cathy Tyson, and Michael Caine.

What re your thoughts on the box office, physical media releases and top streaming titles for this week? Let us know your thoughts in the comments section down below or on our Twitter account.