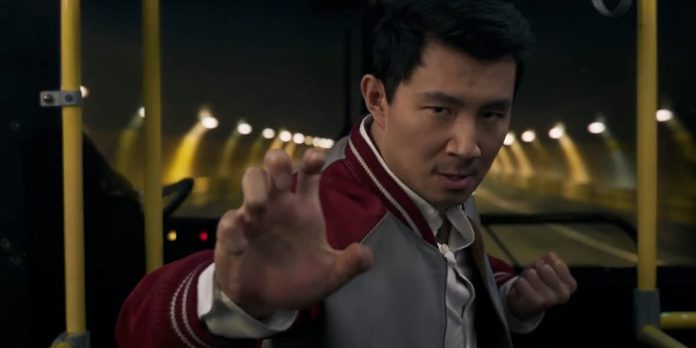 “Shang-Chi And The Legend Of The Ten Rings” tops the box office once again this week, earning a whopping $196,459,084 to date. “Dear Evan Hansen” opened at number 2 with a modest $7,500,000. Despite its controversy and mixed critical reception, the musical’s rabid fan base still headed to the theater to get it to number 2. Still, it did perform monetarily less than expected, failing to outgross the Marvel box-office juggernaut. “Free Guy” is hanging on strong at the number 3 spot in its 7th week in theaters, proving its staying power as the biggest comedy currently in theaters. “Candyman” remains the top dog of the horror films in theaters at number 4, while Disney’s adventure-comedy “Jungle Cruise” is still going strong in its 9th week and even went up a slot week-over-week. Last week’s new release, “Cry Macho” from Clint Eastwood, dropped a tad to the number 5 spot but is still doing well and showing Eastwood’s still-strong hold on the US box office. Probably the most talked-about film currently in theaters at the moment, James Wan’s “Malignant” only came in at number 7 in its 3rd week, but is also available on HBOMax, where the film is proving quite popular for repeat watches. “Copshop” only dropped slightly in its second week, garnering the number 8 spot. “PAW Patrol: The Movie” is unsurprisingly still hanging on in the top 10 at number 9, a family-friendly hit earning $38,760,919 to date. Finally, rounding out the top 10 is the Indian romantic drama “Love Story” in its first week in US theaters.

​This week, we have a couple of new releases coming to Blu-ray. First is the latest film in the “Purge” franchise, “The Forever Purge” from earlier this year. This film stars Ana de la Reguera, Tenoch Huerta, Josh Lucas, Cassidy Freeman, Leven Rambin, Alejandro Edda, and Will Patton. It will be available on both Blu-ray and 4K UHD. Next, we have the hit 2021 music documentary “The Sparks Brothers,” directed by Edgar Wright, about brothers Ron and Russell Mael (otherwise known as Sparks). From Shout Factory comes the latest adaptation of “Blithe Spirit,” starring Isla Fisher, Dan Stevens, Leslie Mann, and Judi Dench. Finally, we have the 2021 action thriller “Twist,” starring Michael Caine and Lena Headey, for new releases. Arrow Video has a few big releases this week. First is a 4K upgrade of the 1984 horror film “Children of the Corn,” directed by Fritz Kiersch. The other big release is for the 1985 fantasy film “Legend,” directed by Ridley Scott and starring Tom Cruise, Mia Sara, Tim Curry, David Bennent, Alice Playten, and Billy Barty. The Warner Archive Collection is releasing a Blu-ray for the 1935 Marx Brothers comedy “A Night at the Opera.” Finally, we have some major releases from the Criterion Collection. We have the 1969 Luchino Visconti film “The Damned.” The other release (and perhaps the biggest release of the week) is their latest box set honoring the work of the recently departed Melvin Van Peebles in the “Melvin Van Peebles: Essential Films” set. This includes the films “The Story of a Three Day Pass” (1967), “Watermelon Man” (1970), “Sweet Sweetback’s Baadasssss Song” (1971), and “Don’t Play Us Cheap” (1972).