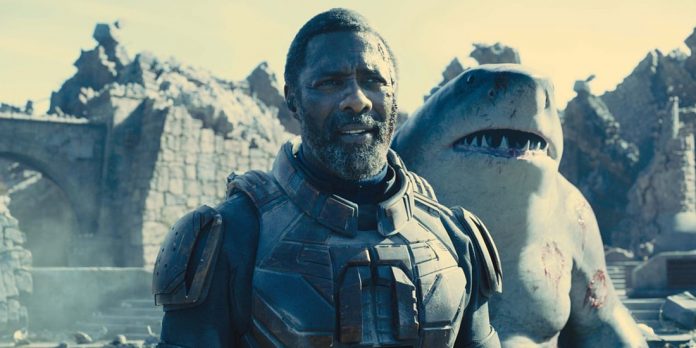 Topping the box office this week is the newest DC film, “The Suicide Squad,” with $26,500,000, in addition to its day-and-date release on HBOMax. This was seen as a significant disappointment considering the first film’s success and the large production budget, not to mention all of the marketing costs. Even with the strong reviews, James Gunn’s latest couldn’t drum up enough interest to get audiences out to see it in theaters. However, Warner Bros. did announce that the film had the second highest weekend ever on their HBO Max streaming platform (behind “Mortal Kombat“) so it could just be that audiences are taking precautions against the Delta Variant. Last week’s top grosser “Jungle Cruise” came in at number 2 with $15,693,000, which is another film with at-home premiere access (this time through Disney Plus). Regardless though, like “The Suicide Squad,” the film has failed to recapture its enormous production costs as it’s only made $65,317,454 to date. M. Night Shyamalan’s latest film “Old” is still holding strong at the number 3 spot this week with $4,140,000 and is performing well against its budget with $38,523,145 accumulated to date. “Black Widow” is also hanging in there in its fifth week with $4,007,000 at the number 4 spot yet again. Rounding out the top 5 is “Stillwater,” with an impressive showing of $2,860,000 giving the Matt Damon starring film $10,000,070 to date.

A24’s “The Green Knight” dropped 61.8% from number 2 last week to the number 6 spot with $2,596,000. The rest of the top 10 consisted of some sequels and franchise films in their third week or more in theaters including “Space Jam: A New Legacy,” “Snake Eyes,” “Escape Room: Tournament Of Champions,” and “F9“.

It’s a very difficult time for the box office right now, especially with all of the rising pandemic numbers. Big budgeted films are going to continue to struggle, while smaller budgeted films will have to rely on word of mouth. What did you go to the theaters to see this weekend? Did you see “The Suicide Squad” in theaters or at home? Are there any films this summer that you’ve gone back to see in theaters?

Several new releases are arriving on Blu-ray this week. We have the 2021 Screenlife thriller “Profile,” directed by Timur Bekmambetov. There are also the action thrillers “The Misfits,” directed by Renny Harlin and starring Tim Roth and Pierce Brosnan, and “Occupation: Rainfall,” written and directed by Luke Sparke. We also have the 2021 romantic drama “Finding You,” starring Katherine McNamara, Vanessa Redgrave, and Tom Everett Scott. From the Criterion Collection comes the Blu-ray debut of Hirokazu Kore-eda’s 1998 film “After Life.” The Paramount Presents label is releasing the 1951 film “A Place in the Sun” on Blu-ray for the first time in the US. Directed by George Stevens, the film stars Montgomery Clift, Shelley Winters, and Elizabeth Taylor. Also, from Paramount Presents, we have Robert Altman’s 1975 film “Nashville,” which was previously released on Criterion before going out-of-print recently, along with several other Paramount titles. This will at least feature a newly remastered 4K scan. Finally, from the Warner Archive Collection comes the 1986 film “One Crazy Summer,” starring John Cusack, Demi Moore, and Bobcat Goldthwait.

This week’s top streaming title was “The Suicide Squad” on HBO Max, to no one’s surprise. Surprisingly there was a ton of interest for “The Green Knight,” which is currently not streaming anywhere but is undoubtedly getting audiences curious about it to seek it out. “A Quiet Place Part II” continues to be a big hit on Paramount+ while the PVOD debut of “Pig” saw an uptick in popularity due to the overwhelmingly positive reviews. “Jungle Cruise” fell down the list this week but managed to stay in the top 10. The trailer release for “Venom: Let There Be Carnage” gave a surge of renewed interest in the first “Venom,” while James Gunn’s no. 1 film did the same for the 2016 “Suicide Squad.” With the release of “Don’t Breathe 2,” it seems audiences are also revisiting the first film as well. At the same time, the new Val Kilmer documentary “Val” had audiences seeking the acclaimed 1993 western film “Tombstone.”