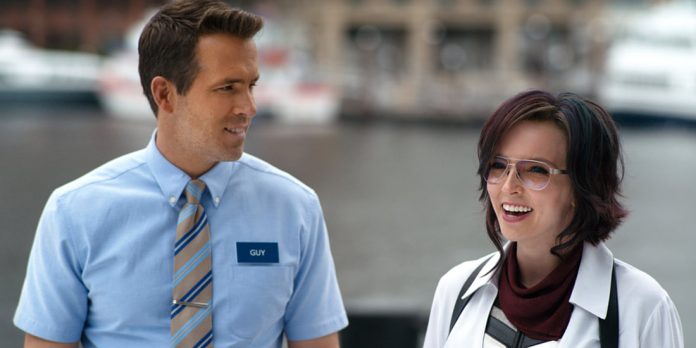 Quite a few new releases are coming to Blu-ray this week, as well as some exciting older films to boutique labels. The week’s most prominent new release is “The Conjuring 3: The Devil Made Me Do It“, the 2021 horror sequel starring Patrick Wilson and Vera Farmiga. This is available on both 4K UHD and Blu-ray. We also have “Peter Rabbit 2”, the 2021 family film sequel starring Domhnall Gleeson, Rose Byrne, and David Oyelowo, with the voices of James Corden, Elizabeth Debicki, and Margot Robbie. This one is also available on both 4K and standard Blu-ray. A couple of other 2021 films coming to Blu-ray this week are “Lansky,” starring Harvey Keitel, Sam Worthington, Anna Sophia Robb, John Magaro, and Minka Kelly, and “Habit,” starring Bella Thorne, Gavin Rossdale, and Paris Jackson. There’s also “How It Ends,” co-written, co-directed by, and starring Zoe Lister-Jones. Also co-written and co-directed by Daryl Wein, this also stars Cailee Spaeny, Helen Hunt, Olivia Wilde, Fred Armisen, Lamorne Morris, and Nick Kroll. From Kino Lober comes the 2020 Georgian film from MUBI, “Beginning,” directed by Dea Kulumbegashvili.

​Moving on to some new releases of older films from Kino Lorber, we have the 1967 musical “Thoroughly Modern Millie,” directed by George Roy Hill and starring Julie Andrews, Mary Tyler Moore, and Carol Channing. Arrow Video has two big releases this week. Their 4K upgrade of the 1971 Giallo film “The Cat o’ Nine Tails,” directed by Dario Argento, and “Blind Beast,” the 1969 Japanese horror film directed by Yasuzô Masumura. From the Warner Archive Collection comes the 1981 crime drama “Prince of the City,” directed by Sidney Lumet and starring Treat Williams, Jerry Orbach, Bob Balaban, James Tolken, and Lindsay Crouse. Shout Factory has a couple of major releases this week, such as the 1987 horror sequel “A Return to Salem’s Lot,” directed by Larry Cohen and starring Michael Moriarty. From the Shout Select label, “The Oh, God! Collection”. This features the comedy trilogy starring George Burns and includes the films “Oh, God!” (1977, dir. Carl Reiner), “Oh, God! Book II” (1980, dir. Gilbert Cates), and “Oh, God! You Devil” (1984, dir. Paul Bogart). Finally, we have a Blu-ray upgrade from the Criterion Collection of the classic 1958 Polish film “Ashes and Diamonds,” directed by Andrzej Wajda.

“The Green Knight” topped streaming charts, likely due to its arrival on VOD earlier this week. The 1989 baseball classic “Field of Dreams” was also popular, carrying over from the event game last week taking place on a replica of the titular field. Recent theatrical releases “Snake Eyes: G.I. Joe Origins,” “A Quiet Place Part II,” and “Hitman’s Wife’s Bodyguard” were also popular at-home viewings this week. At the same time, the action hit from earlier this year, “Nobody,” was also trendy, likely due to the positive news following star Bob Odenkirk’s heart attack late last month. The original “Don’t Breathe” was big on streaming this week while its sequel plays in theaters. Despite only being in theaters currently, “Stillwater” was still heavily searched, while “The Suicide Squad,” which is playing both theaters and on HBOMax, was popular at home in addition to theaters. Finally, following an art-house release, “Annette” arrived on Amazon Prime this weekend and clearly caught some people’s attention.

​What do you think of this new format? Your feedback is greatly appreciated as we attempt to give you a snapshot of where the industry is at every week. We will be updating this every Monday. Let us know your thoughts in the comments section down below or on our Twitter account. Thank you!