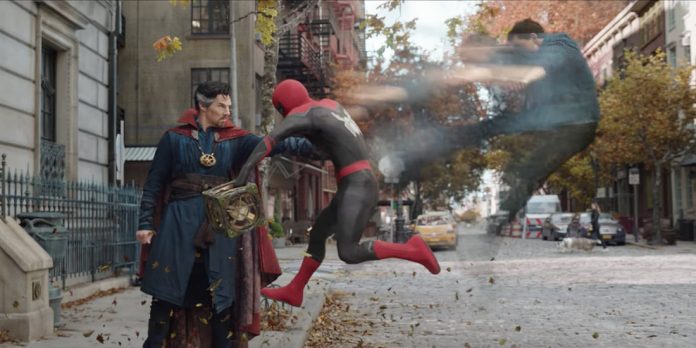 By Matt Neglia
​
Sony Pictures has released the trailer for “Spider-Man: No Way Home” starring Tom Holland, Zendaya, Jon Favreau, J. B. Smoove, Jacob Batalon, Marisa Tomei, Jamie Foxx, Benedict Cumberbatch, Benedict Wong, Alfred Molina & Willem Dafoe (and I’m sure a few unrevealed others). The film will be released in theaters on December 17th.
​
​Click below to see the trailer.

​​Plot Synopsis: For the first time in the cinematic history of Spider-Man, our friendly neighborhood hero is unmasked and no longer able to separate his normal life from the high-stakes of being a Super Hero. When he asks for help from Doctor Strange the stakes become even more dangerous, forcing him to discover what it truly means to be Spider-Man.

What do you all think of the trailer? After all of the anticipation, this trailer gave us a lot and very little at the same time (no Tobie Maguire or Andrew Garfield but hello Doc Ock). I’m excited to see how the MCU continues to toy around with the multiverse, and Spider-Man is the perfect character to do this with after the success of “Spider-Man: Into The Spider-Verse.” Seeing more Peter Parker and Doctor Strange interaction is also quite a bit of fun. Peter having to deal with the ramifications of his identity now being exposed will undoubtedly give this story a unique flavor the character has never experienced before. Of course, I’m super excited to see old heroes and villains again, but more importantly, I’m just as happy to see these characters and actors back on the big screen again. What do you think, though? Let us know your thoughts though in the comments below or on our Twitter account.