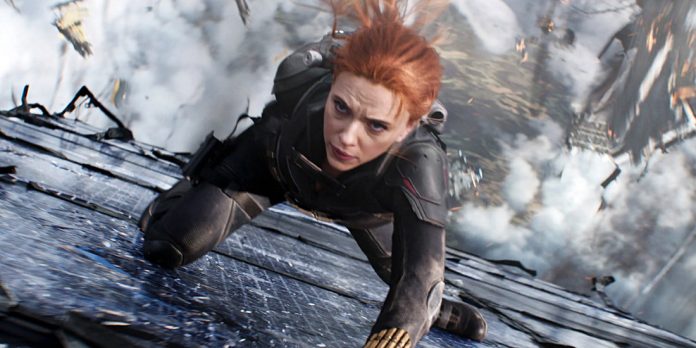 By Casey Lee Clark
​
Last week, we tried something new called “Best Of The Week” where we check in with not only the new physical media releases of the week but also a list of the top 10 results from the box office this past weekend, plus the top 10 streaming titles of the week on both film and television. We hope that this new weekly snapshot provides you with all of the information you want for movies currently playing in theaters, movies arriving on physical media, and movies available to stream. Thank you! Now, let’s take a look and see where the industry is at today!​

The newest film in theaters this weekend also topped the box office with the latest entry into the Marvel Cinematic Universe. “Black Widow” garnered $80,000,000 (the biggest box office debut since the pandemic began). In a highly unusual move, Disney also reported that the film did well on premier access through their streaming service Disney Plus with an additional $60 million. While not the kind of opening weekend numbers Marvel is used to, this is still an impressive showing for “Black Widow,” all things considered.

Sequels dominated the rest of the top 5 at the box office this weekend. “F9” went down to number 2 but still raked in $10,880,000. “The Boss Baby: Family Business,” “The Forever Purge,” and “A Quiet Place Part II” round out the top 5, clearly pleasing the family crowds and horror lovers.

“Cruella” is still holding strong at the number 6 spot, while sequels “Hitman’s Wife’s Bodyguard” and “Peter Rabbit 2: The Runaway” each made over $1,000,000 but they are slowly fizzing out. Speaking of fizzing out, “In The Heights” is still hanging here in the top 10, but only garnering $630,000. The Warner Bros. musical has only made a domestic total of $28,318,000 to date. Rounding out the top 10 is A24’s “Zola,” which is still doing relatively well based on its strong word of mouth. It’s always a good feeling to see an indie film crack the top 10 in its second week in theaters.

Coming to Blu-ray and 4K UHD this week is the 2021 video game adaptation “Mortal Kombat.” There’s a new 4K release of Guy Ritchie’s “Snatch” coming out this week, coinciding with the Blu-ray release of the director’s 2021 film “Wrath of Man.” Cameron Crowe’s 2000 Academy Award winning film “Almost Famous” is receiving two exciting releases this week: a 4K Steelbook and a new Blu-ray under the Paramount Presents label. Shout Factory’s two major releases this week are the Academy Award winner “The Pianist” from Shout Select and the 2005 horror remake “House of Wax” from Scream Factory. 2021 indie films “The Night” and “Limbo” are also both coming out this week on BluRay. Finally, the Criterion Collection has two releases this week with the 1992 crime thriller “Deep Cover,” directed by Bill Duke, and Lizzie Borden’s 1986 film “Working Girls.”

“The Tomorrow War” was once again the most popular streaming title of the week besting out Marvel’s “Black Widow” but considering one is playing exclusively on Prime Video while the other is split between Disney+ and a theatrical release, it shouldn’t be that surprising. Steven Soderbergh’s crime film “No Sudden Move” is still charting high in the top 10. “Once Upon A Time In Hollywood” maintained a spot in the top 10, likely due to all of director Quentin Tarantino’s press for his recently released novelization. Some are clearly anticipating the upcoming sequels to “Escape Room” and “Space Jam” as both of those films found their way into the top 10 as well. “A Quiet Place” continues to remain popular at home while its sequel is in theaters. Horror-comedy “Werewolves Within” is once again in the top 10 for streaming this week as it has benefited from strong reviews and positive word of mouth. And it appears there was some holdover from the July 4th holiday, with the original “Independence Day” still high up on the streaming charts, while some chose to celebrate differently with 2020’s “The Hunt.”