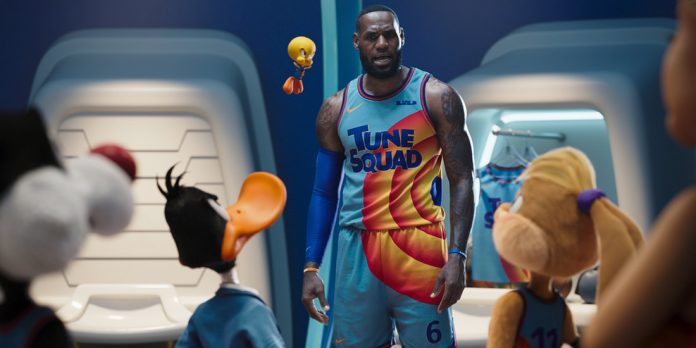 ​Now, let’s take a look and see where the industry is at today!​

The new horror sequel “Escape Room: Tournament Of Champions” took the number 3 spot with $8,800,000, which was just under $10 million from what the original opened up to in 2019. Other sequels still holding on in the top 10 were “F9,” “The Boss Baby: Family Business,” “The Forever Purge,” and “A Quiet Place Part II” (which premiered this week on the Paramounnt+ streaming service). Meanwhile, “Cruella” is still hanging on in the top 10 at the number 9 spot with $1,112,000.

The new but somewhat controversial documentary “Roadrunner: A Film About Anthony Bourdain” came in at number 8 with $1,900,000, which is very good for a documentary. Finally, the new Nicolas Cage indie film “Pig” debuted in the number 10 spot with $945,000. Hopefully, good word of mouth in the arthouse crowd will help that one in the weeks to come.​

​The biggest release of the week is the newest entry in the “Saw” franchise, 2021’s “Spiral: From the Book of Saw.” The film is available on Blu-ray, 4K UHD, and a 4K Steelbook. A couple of other new movies arriving on Blu-ray this week include “Die In A Gunfight,” “Jakob’s Wife,” and “Held.” The Criterion Collection is releasing the 1969 French film “La Piscine” directed by Jacques Deray, following an arthouse theatrical run of this new restoration. There are new 4K upgrades for the movies “G.I. Joe: The Rise of Cobra” and “G.I. Joe: Retaliation” in anticipation of this week’s latest theatrical release in the franchise, “Snake Eyes.” Blue Underground is putting out a 4K upgrade of “Dead & Buried” with three cover design options. Finally, Shout Factory has a couple of releases with 1982’s “A Stranger Is Watching” and 2002’s “Eight Legged Freaks,” as well as “Little Big League” from their Shout Select label.

“A Quiet Place Part II” and “A Quiet Place” both landed in the top 5 this week, no doubt because of the latest film’s debut on Paramount+. “Space Jam: A New Legacy” had strong numbers on HBO Max in its debut week while the original “Escape Room” was very popular due to the sequel’s release in theaters. “Black Widow” slid considerably down the list, mainly because many audience members probably already saw it in a theater and don’t want to pay the $30 to stream it one time on Disney+. “The Tomorrow War’s” popularity on Amazon Prime continued while Netflix’s “Gunpowder Milkshake” made its debut in the top 10. “Wrath Of Man” had a surge in popularity after its release on physical media last week and Tarantino’s book promotion for his Oscar-winning “Once Upon A Time In Hollywood” is still keeping it in the top 10.