Awards Calendar – The Rest Of The 2018 Awards Season 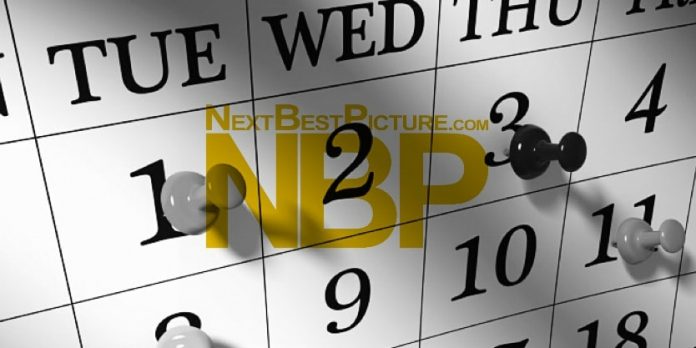 The Critics’ awards are pretty much over and Oscar ballots were turned in yesterday evening. Phase 2 ends next week on January 22nd when the Oscar nominations are finally announced and we will officially enter the third and final phase of the 2018 Awards Season. It is now time to take a look at the rest of the 2018 awards season and what important dates we have coming up.

Click below to see which important awards season dates need to be added to your calendar up until the 91st Academy Awards.

Phase 1 (the festivals) was a lot of fun. Phase 2 (the critics awards) was not so much. It definitely brought out the worst in a lot of us. Here’s to hoping the final phase (Phase 3) of this awards season can end on a high note for us all. As always, we’ll be here to provide the coverage and fill you in on everything that is going on in the lead to the Oscars.