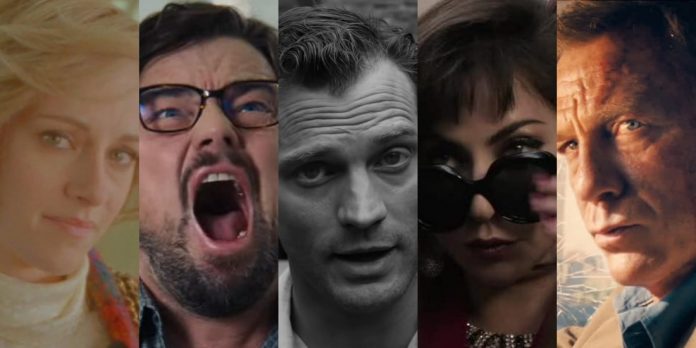 ​Last year, the BAFTA longlist helped narrow down the race and see which films voters watched and, most importantly, enjoyed. Aside from the main contenders throughout award season such as “Mank,” “Nomadland,” and “Promising Young Woman,” the longlist showed a passion for films that had established themselves in the British market. The London Film Festival audience award winner “Another Round” and three-time London Critics Circle Film Awards winner “The Mauritanian” showed up numerous times in the longlist, going on to establish themselves as nominees for several BAFTA awards.

Alongside that, there was a hesitancy from award season pundits to heavily rely on the BAFTAs as a precursor due to a change within the voting system for a few of the major awards. This new system had a specific jury set in place to consider the longlist and select the nominees from them, rather than having everyone who is a BAFTA member vote for their preferences. This significant change in the voting system was most clearly reflected in the performance categories, in which the Best Actress in a Leading Role category had Bukky Bakray from “Rocks” and Radha Blank from “The Forty-Year-Old Version” nominated while Carey Mulligan from “Promising Young Woman” and Viola Davis from “Ma Rainey’s Black Bottom” missing out.

This year, BAFTA has announced changes to the rules that have been set up to try and avoid a Mulligan-style snub from happening again. In particular, the top two performances in each of the four acting categories to create the longlist will be automatically nominated, and a jury will select the final four nominees. This means that performances that have had more of a push this award season, such as Benedict Cumberbatch from “The Power of the Dog” and Andrew Garfield from “Tick, Tick… Boom!” can make it into the list without the worry of a small jury wanting to highlight other performances that perhaps could do with a mention from the BAFTAs.

However, to create a compelling list of nominations, there needs to be a strong longlist to work from. The longlist for the 2022 British Academy Film Awards has been announced, and it has revealed some of the strongest contenders and the British highlights of the year. However, it has also left off some noticeable snubs, especially with many international films not performing as expected. Compared to last year when “Another Round” made it into the Best Film category and had numerous performances from foreign-language films make it into the longlist, this year all fifteen Best Film contenders are English-speaking and only one performance not in English, Renate Reinsve from “The Worst Person in the World,” made the cut. With films such as “Titane,” “Drive My Car,” and “The Hand of God” performing well elsewhere, it is a shame that the branch ignored these films for the above-the-line categories and leaving no choices for the jury to gravitate towards.

British filmmaking has had a good showing in the longlist this year, and a big part of that comes to two films that may just get the most nominations. “Belfast” has been a strong contender for most of the award season, and it did have one of the biggest nomination hauls from the British Independent Film Awards (BIFA), even if it failed to win a single prize. The other major British film that had a strong start for BAFTA is “No Time to Die,” the latest Bond film and the last one for Daniel Craig. This is the film that brought a large audience back to the cinemas in the UK and has already become the third-highest-grossing film in the history of the UK box office, only behind “Star Wars: The Force Awakens” and “Skyfall,” another Bond film. With the legacy “No Time to Die” has already cemented and the evident passion for Bond at the BAFTAs, this may be a film that not only gets the nominations but could take a few wins along with that.

If you are interested in the smaller British films that may have a good showing at BAFTA, there are a couple of nominations to look out for. Joanna Scanlan, who won Best Actress at the BIFA for “After Love,” has scored herself a position in the longlist, and with a jury system, she may benefit from that. “After Love” had a good day in general, showing up in British Film, Outstanding Debut, Director, Original Screenplay, and Casting alongside Scanlan. Another British film to keep an eye on is “Boiling Point,” which tied with “Belfast” for the most nominations at the BIFA. The film has just been released in the UK, and the one-take feature could score a Best Actor nomination for Stephen Graham or make its way into the Best British Film list. Regardless of which of these longlist contenders score nominations, there should still be a good representation of British cinema within the BAFTA ceremony.

In terms of the Oscar race, more people may be using the BAFTA winners and nominations as a guide given last year’s track record. Despite the jury system and major snubs from the nominations, the BAFTA winner went on to win the Oscar in every single category aside from Best Cinematography. That is a strong correlation, and with a more balanced nomination system, the same may just happen again this year. This means that it is essential to look at the current longlists and see which of the contending films did well and which ones may be struggling even to get nominations.

For the films that got a potential boost from the longlist, “House of Gucci” made it into a large majority of the longlists it was submitted in. Scoring places in Film, Adapted Screenplay, Actress, Actor, and Supporting Actor just from the above-the-line categories and even placing in a category such as Cinematography, it seems like BAFTA voters were a fan of the film, and that may reflect further in the nominations. That was not the only film to do well, though, as “Being the Ricardos,” “Don’t Look Up,” and “The Tragedy of Macbeth” all had strong showings on the longlist and are competing for the six spots in the Best Film race.

The longlists contained a couple of surprising snubs that could have finished the run for a few contenders. Penélope Cruz missed out on a spot for “Parallel Mothers,” which has come alongside her not appearing at the Golden Globes, Critics Choice, or SAG Awards. “Spencer” was always going to be a tough sell for an award show that the royal family attends. Still, the film only made it into the longlist for Actress, British Film, and Costume Design, and considering the lack of nomination for Kristen Stewart at the SAG Awards, she may not even crack the BAFTA six for Best Actress. This is also potentially the end of the line for “Mass,” which only managed to get in the Best Supporting Actress longlist for Ann Dowd. With no major recognition this season for Jason Isaacs in Supporting Actor and the screenplay being ineligible for the WGA, it seems hard for the film to come back this late into the race.

With a new system in place, it is still hard to tell how the voting body and jury will lean for this year’s BAFTA ceremony. Last year offered a place for independent films and British cinema to get a spotlight while still being a great predictor for the Oscars, and I am hoping something similar sticks again this year. We will have to wait to see who makes it into the final nominations when they are announced on February 3rd, but there is reason to be both hopeful and pessimistic about this year’s line-up.

What did you think of the BAFTA longlist? What impact do you think it will have on the Oscar nominations? Who do you think will be nominated at the EE BAFTAs this year? Let us know your thoughts in the comments section below or on our Twitter account.