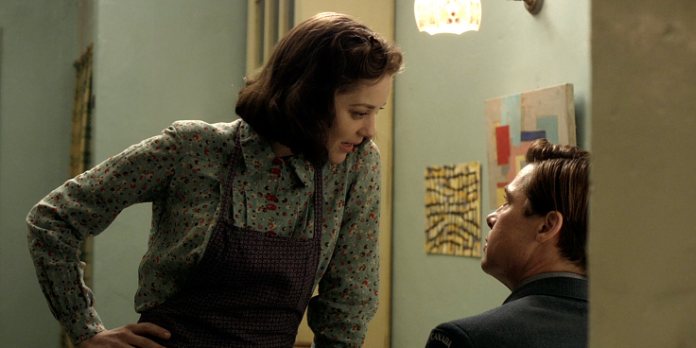 ​If you were at a parlor and a friend pitched to you the story of Andrew Knight’s “Allied” it would sound pretty amazing. A period film set during World War II that starts in Casablanca, moves to Europe and becomes a spy love story of paranoia and betrayal. It’s no wonder that the screenplay drew quite a bit of praise before the finished film was seen by audiences. That finished film, however, is simply not the right fit for a director with Robert Zemeckis’ sensibilities and instead becomes a collection of good scenes that do not add up to an overall great film.

Set during World War II, a Canadian intelligence officer named Max Vatan (Brad Pitt) is given a mission in Casablanca where he must go undercover with a French Resistance fighter named Marianne Beausejour (Marion Cotillard) to assassinate Nazi German officials. The mission is highly dangerous and as a result, the two spies fall in love with one another. They surprisingly complete their mission and make their way back to London where they marry and have a child together. Years pass until Max’s superior officer Frank (Jared Harris) brings the terrible news to him that his wife may potentially be a German spy and if she is found out to be one for sure, he must kill her himself. Put into a stressful situation that he refuses to believe, Max sets off on his own to prove his wife’s innocence.

The biggest fault with “Allied” lies in the choice by Robert Zemeckis to shoot the film with a contemporary, glossy and colorful look when the material is begging for a more gritty, foreign European influence (The least they could have done was shoot this movie on film). It feels like a big budget studio film filled with shiny stars and it’s clear that it’s trying to call back to the classic times of Bogart and Bergman but fails in its efforts to pay homage to those types of films with its modern execution. The pacing of the film (Although quite fast and never lingers) is also not the right choice for a film such as this where the main character is going through an inner struggle that is deeply personal and requires the audience to ponder and feel the weight of the decisions he must make. To put it simply, “Allied” feels like a Hollywood remake of a better film that might have come out of potentially another country such as France before, but this is an odd case where the situation may be flipped around and maybe someone will adapt Knight’s story into a more thoughtful piece of filmmaking.

Where Zemeckis may get the storytelling wrong with his decisions in how to shoot and present “Allied,” some technical efforts do shine through. The costumes pop with vivid color and the score by Alan Silvestri is beautifully restrained. The production design is also elegant and varied in the film’s many different set pieces, all taken on their own are almost short films within their own right. As stated before, the film’s editing is quite quick for a movie of this size with various locations and characters. While the film is edited well, given what editors Mick Audsley and Jeremiah O’Driscoll had to work with, Zemeckis’ direction hinders the film from being able to breathe and I honestly would not have minded more time given to the film’s runtime to allow more fleshing out for the side characters, more inner character turmoil and more time for the audience to absorb the material.

When “Allied” reaches its conclusion, it wants to hit you right in the heart. However, Robert Zemeckis has not given us a film that is strong enough to work its way into our hearts before ripping it out at the end. There is an epilogue at the very end of the film which tries to tie a nice bow on everything that feels forced and is not earned because Zemeckis has not allowed these fascinating scenes to work their way into our minds enough to give the film the depth he so desperately wants it to have. The performances by Brad Pitt and Marion Cotillard try to elevate the material but they simply cannot right the ship which its director has already steered in the wrong direction.​