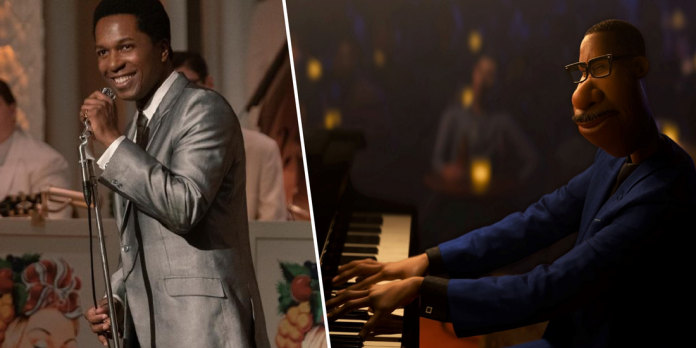 Ahead of next week’s shortlist announcements, the music branch of the Academy has announced the full lists of eligible films for Best Original Song and Best Original Score. According to Variety, 105 songs and 135 scores qualify. The branch will now choose 15 songs and 15 scores for their shortlist, to be announced on February 9th.

The most notable feature among the eligible films is Pixar’s “Soul,” whose score can still qualify for a nomination. Though a frontrunner to win, there has long been a fear that the score would be deemed ineligible due to Jon Batiste’s contributions alongside Trent Reznor & Atticus Ross. In the past, films with multiple composers who are not known to work together have been thrown out of consideration. Reznor & Ross’s other score in contention, “Mank,” has also qualified, though their original song, “(If You Only Could) Save Me,” has been disqualified.

Nothing about the lists was shocking. The scores for “One Night in Miami” and “Judas and the Black Messiah” were not even entered for consideration, likely due to their minimalism in their films. “Ma Rainey’s Black Bottom’s” score and song, “Baby Let Me Have It All,” were also disqualified.

Variety also reports that Thomas Newman’s score for “Let Them All Talk” was ineligible because it only makes up 40 percent of all music in the film. His score for the recently released “The Little Things” has qualified.

Aside from the “Mank” exclusion, the list of eligible songs contained all of the assumed contenders. “Speak Now” from “One Night in Miami,” “Turntables” from “All In: The Fight for Democracy,” “Just Sing” from “Trolls World Tour,” “Fight For You” from “Judas and the Black Messiah,” “The Plan” from “Tenet,” “Never Break” from “Giving Voice,” and more. Perennial nominee Diane Warren has three eligible songs: “lo Sí (Seen)” from “The Life Ahead,” “Free” from “The One and Only Ivan,” and “I’ll Get There (The Other Side)” from “Emperor.”

The team and Next Best Picture is currently predicting that Reznor & Ross will compete with themselves for the Original Score win, with “Soul” and “Mank” taking up the number one and number two spots in our predictions. In Original Song, all twelve of us unanimously predict “One Night in Miami’s” “Speak Now” to win the Oscar, with Warren’s “lo Sí (Seen)” in second place.

The shortlists for Score, Song, International Feature, Documentary, Visual Effects, and all three Shorts categories will be announced on Tuesday, February 9th.

Were you surprised by anything on these eligibility lists? Does this change your predictions? What do you think will make the shortlists? Let us know in the comments section below, or on our Twitter account.