2021 SAG Nominations Recap: Surprises, Snubs & What This All Means For The Oscars 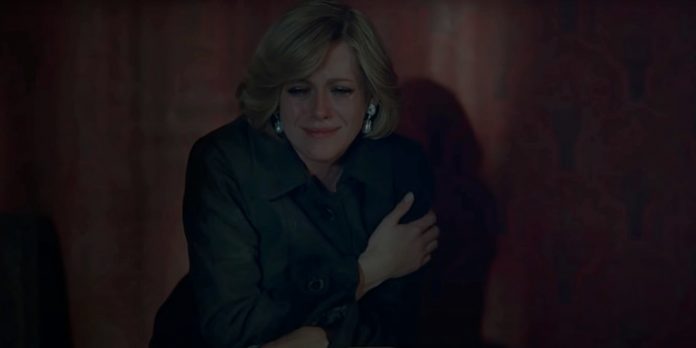 By Casey Lee Clark
​
The Screen Actors Guild (SAG) Awards announced their nominations this morning, and there were quite a few surprises and omissions to be found. What do these nominations mean for the acting races and for Best Picture? I dive into these topics below but if you have not already seen members of the NBP team reacting live to the nominations this morning, I highly urge you check out the video on our Patreon here.

Let’s take a closer look at this morning’s SAG nominations!

Surprises
One of the biggest and most pleasant surprises of the day was Cate Blanchett showing up in Supporting Actress for her seductive performance in “Nightmare Alley.” While she received an incredible amount of critical acclaim for this performance, after the film’s lackluster box office performance and lukewarm reception from critics, it seemed like the latest Guillermo del Toro film would only be a tech player in the below-the-line categories. While this doesn’t seem like a nomination that will transfer over to Oscars (Blanchett is on the BAFTA longlist for “Don’t Look Up” instead), it is still a worthy and deserved nomination nonetheless.

Bradley Cooper received “Licorice Pizza’s” only nomination today for Supporting Actor. Heavily predicted for the win before the film was seen, it appeared his awards chances for the film were dead once it was revealed just how small a role he played in the movie. Still, the standout nature of the part (along with his star power) was enough to garner a nomination here and puts “Licorice Pizza” potentially on track to receive an additional Oscar nomination outside of Best Picture and Original Screenplay.

After receiving a Best Actress nomination for her powerhouse performance as Aretha Franklin in “Respect,” Jennifer Hudson’s Oscar chances are back up again. Though the film and performance had felt forgotten about at this point in the race, it did always seem a nomination would come her way at SAG (She checks off so many boxes: previous winner, a portrayal of a beloved figure, crowd-pleaser, etc.).

Following a nomination at the Golden Globes, Javier Bardem showed up in Best Actor for “Being The Ricardos” over critical favorites Peter Dinklage (“Cyrano“) and Nicolas Cage (“Pig“). He still seems just on the outside for the Oscar top five, but with his co-star Nicole Kidman becoming the frontrunner in Best Actress, he could be carried to a nomination as well.

Ben Affleck received a nomination in Supporting Actor for “The Tender Bar” following a Globe nomination. However, he missed both Critic’s Choice and the BAFTA longlist and was already looking likely to be a lone nominee for the film, so it’s starting to seem unlikely that he shows up at Oscars as well, much like Jared Leto last year for “The Little Things.”

The film that received the most considerable boost today with surprise nominations was Ridley Scott’s “House Of Gucci.” While Lady Gaga showing up in Best Actress was expected, Jared Leto received a nomination in Supporting Actor, and the film showed up in Ensemble. While Leto missed at the Golden Globes, he has the actors’ support and could still get in at the Oscars for his over-the-top, divisive performance. As for Ensemble and the overall film’s chances, it was clear the number of stars and the film’s decent box office performance helped it overtake other contenders. The film also did exceedingly well with the BAFTA longlists, managing to land in almost every conceivable category it could, so perhaps “House Of Gucci” might be the film to take that mysterious tenth Best Picture slot at the Oscars.

Misses
Easily the biggest and most shocking snub of the day was Kristen Stewart in Best Actress for “Spencer.” While it was clear the film was alienating, and perhaps the old guard still wouldn’t take her seriously as an actress, many still had her predicted to win the Oscar, especially considering she’s been leading the field this year with precursor wins. After the Golden Globe loss to Kidman and the lack of nomination here, it seems her chances even to garner an Oscar nomination are in serious jeopardy.

Other major snubs were the Supporting Actors from “Belfast,” Jamie Dornan, and Ciarán Hinds. The film is by no means in trouble (it still showed up in Ensemble and Supporting Actress for Caitríona Balfe). However, it is starting to appear less likely that both actors will get in at the Oscars, with Dornan appearing to be the sacrifice.

“Belfast” wasn’t the only Best Picture contender to miss out on some key acting nominations. Consistent awards season contender Aunjanue Ellis missed in Supporting Actress for “King Richard.” While it has looked like the film’s momentum was starting to dwindle, it did still manage to show up in Ensemble (along with Oscar frontrunner and newly Golden Globe winner Will Smith in Best Actor) despite the heavy competition. So, hope is not gone for Ellis yet, and she could easily still show up in the Oscar lineup.

“West Side Story” was rumored to be having screener issues, and it showed in the film’s performance earlier this morning, as the film missed in Ensemble and Best Actress for recent Golden Globe winner Rachel Zegler. Ariana DeBose still showed up in Supporting Actress, so the film still has support, and her frontrunner status still looks secure. “Licorice Pizza” also missed Ensemble and Actress (for Alana Haim). Still, both seemed to be on the outside of predictions anyway in favor of flashier contenders. With the surprise nomination for Cooper, the film seemed neither helped nor harmed by today’s nominations, and the same can be applied to “West Side Story.”

“The Power of the Dog” also missed in Ensemble. However, its respective actors (Benedict Cumberbatch, Kirsten Dunst, and Kodi Smit-McPhee) still showed up in their individual categories. This was to be expected after seeing how other films such as “Marriage Story” and “The Favourite” performed here, so we wouldn’t consider it a significant blow.

Many hoped that “Mass” would show up in Ensemble and/or Supporting Actress for Ann Dowd to help her momentum after she managed to snag a Critics Choice nomination, but it seems the film might just be too small to garner attention from any of the major televised awards and will have to settle for the critical adulation it received on top of the Robert Altman Award for Best Ensemble of the year at the Spirit Awards. Many were also predicting “The Harder They Fall” in Ensemble due to its all-star cast and its presence on Netflix, but that also didn’t pan out. Despite receiving nominations for Bardem and Kidman, “Being The Ricardos” still missed out on Ensemble and a supporting nomination for Critics Choice nominee J.K. Simmons. Finally, though not an Oscars category, “Spider-Man: No Way Home” missed in Stunt Ensemble in favor of other MCU films such as “Black Widow” and “Shang-Chi and the Legend of the Ten Rings,” artsy sci-fi with “Dune” and “The Matrix: Resurrections,” and the latest Bond entry “No Time to Die.” Considering it wasn’t eligible for any BAFTA nominations this year, it was not a good day for Spidey’s Best Picture dreams today.

​The State Of The Race
Due to the overwhelming crossover and the number of Academy actors, the SAG Awards are vital precursors for what will get nominated at the Oscars. Since the expanded lineup was introduced in 2009, every Best Picture winner was at least nominated SOMEWHERE at SAG, even if it missed out on Ensemble (case in point “The Shape of Water,” “Green Book,” and even last year’s “Nomadland“). Being that their individual performers still garnered nominations, the lack of Ensemble nominations shouldn’t hurt contenders such as “The Power of the Dog,” “West Side Story,” or “Licorice Pizza.” Meanwhile, “CODA” solidified its status in the race with nominations in both Ensemble and Supporting Actor for Troy Kotsur. Though both were heavily predicted, the little indie film needed to do well today to stay in the race and prove its support amongst voters. Ruth Negga showing up in Supporting Actress for “Passing” was definitely helpful for her Oscar chances, as she also seems likely to appear at BAFTA, which would seal the deal for her this season. “House Of Gucci” had a tremendous day and proved its awards potential outside of just Gaga despite its critical reception. Even though no individual actors received nominations, “Don’t Look Up” showing up in Ensemble was a good get for the mega-popular Adam McKay film (albeit obvious due to its stacked all-star cast).

The actors who have received nominations at all of the big three awards so far (Critic’s Choice, Golden Globe, and SAG) and were on the BAFTA longlists are…

Obviously, someone can get all these nominations and still miss at the Oscars, but as of now, these performers are quickly solidifying as “locks” in their respective categories. Without SAG, performers like Stewart and the “Belfast” Supporting Actors are in jeopardy. However, it is obviously not unheard of to miss SAG and still get nominated or even win the Oscar (hello, Regina King), but without Globe wins as well, they all seem to be at risk.

What was the biggest surprise of the day for you with SAG? Who benefited the most? Who do you think will go on to be nominated at the Oscars? Let us know your thoughts in the comments section down below or on our Twitter account, and check out the NBP team’s latest Oscar predictions here.