2019 Is Being Driven By Adam Driver 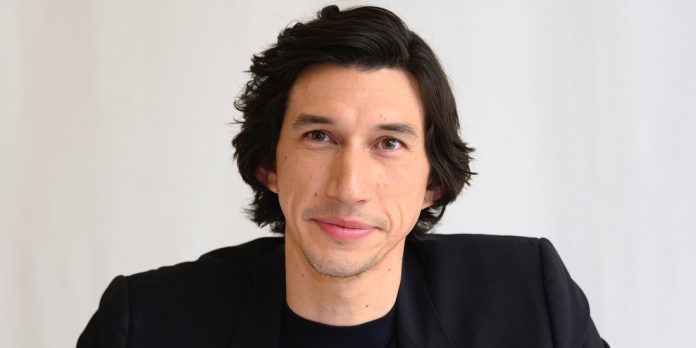 This past week saw the trailer releases for “The Report” (Scott Z. Burns’ political drama that premiered at Sundance earlier this year) and “Marriage Story” (the upcoming Noah Baumbach divorce film for Netflix). What both these films have in common are their major awards buzz and their lead actor: Adam Driver. With other films this year in addition to these two, Driver appears to be having a great year. However, when you look at the number of great films he has been in and directors he has worked with this entire decade, not to mention his work outside of film, it is clear that Driver has had an incredible decade and there’s only one way to end that kind of decade, with an Oscar win. ​

Although both of these films are garnering awards buzz, Driver’s clear path to Oscar seems to be with “Marriage Story” and lead actor. The film appears to be receiving Netflix’s big awards push and campaign and will have premieres at all the major film festivals this season. It seems to be Baumbach’s time in the awards season-sun, with Oscar chances for nominations or wins likely in many major categories, and Driver could very well be along for the ride. “The Report,” on the other hand, seems like a respectable contender in other categories, but Driver appears to be giving a good performance from the glimpses in the trailer and can keep him present in the minds of voters. Additionally, he was in “The Dead Don’t Die” earlier this year, which received a mixed reception critically but did premiere at the Cannes Film Festival. He also just happens to be the current main villain of the biggest film franchise of all time as Kylo Ren in the modern iteration of “Star Wars.” The Skywalker saga will conclude this December with “The Rise of Skywalker” and Adam Driver is sure to be a big part of the conclusion given his performance and character arc throughout the new trilogy.

In addition to being in several films this year on both an awards contender and blockbuster scale, Adam Driver has also had an impressive decade working with some of the greatest directors. He made his film debut in 2011 working with Clint Eastwood in “J. Edgar” in a supporting role. He went on to work with Steven Spielberg in “Lincoln,” the Coen brothers with “Inside Llewyn Davis,” Martin Scorsese in “Silence,” Steven Soderbergh in “Logan Lucky,” Spike Lee in “BlacKkKlansman,” AND Terry Gilliam in “The Man Who Killed Don Quixote.”  He’s also worked with Jim Jarmusch twice on “Paterson” (which won him Best Actor from the L.A. Film Critics Association) and “The Dead Don’t Die,” as well as Jeff Nichols on “Midnight Special.” He also received several Emmy nominations for his work on the television series “Girls”, and this past year received his first Tony nomination for the play “Burn This.” “Marriage Story” also marks his fourth collaboration with writer-director Noah Baumbach.

​It is clear based on the sheer number of talented people that Driver has worked with that he must be a well-liked guy in the industry, in good graces with many major filmmakers. Last year, he received his first Oscar nomination for “BlacKkKlansman” for Best Supporting Actor, with a solid steady amount of nominations throughout the season. He was welcomed to the club with the clear idea of an eventual win in the future. There has been a clear divide within the Academy (and to an extent film twitter) in recent years, as we saw last year with “Green Book” winning Best Picture after the wins of films like “The Shape of Water” and “Moonlight.” However, Adam Driver feels like an actor who can appeal to both those sides of the Academy. He can appeal to the older crowd with his work with established directors and actors (his military background serving in the U.S. Marine Corps probably does not hurt his likability with those particular voters). But, he also appeals to the younger demographic of the Academy (and by extension film twitter) for his unique work in independent films, “Girls,” and the “Star Wars” franchise.

In the days leading up to the big film festivals of Venice, Telluride, and Toronto, it feels bold to giving such sight-unseen Oscar predictions. However, when looking at everything on paper, at everything with major awards buzz, at the history of following the Oscars and what voters are looking for and pay attention to, there is a clear prediction that makes sense. It may be no guts, no glory this early on, but I think Adam Driver will be winning the Academy Award for Best Actor for “Marriage Story.”

Do you agree that this is the year of “The Driver?” Are you excited for “Marriage Story?” Who do you think is winning Best Actor? Let us know in the comments section below or on our Twitter account.