“YOU ARE NOT MY MOTHER” 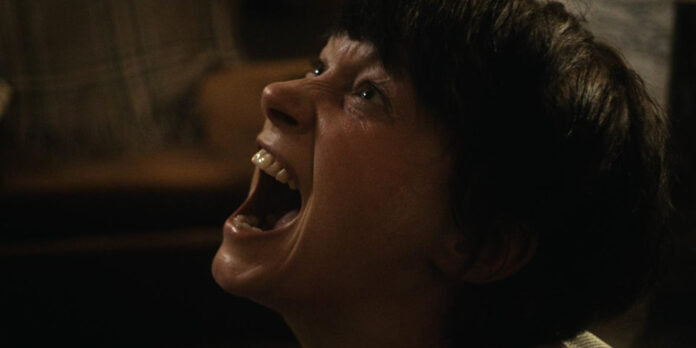 THE STORY – In a North Dublin housing estate, Char’s mother goes missing. When she returns, Char is determined to uncover the truth of her disappearance and unearth the dark secrets of her family.

​​​Coming of age has been portrayed on film in several ways, but not in the way Kate Dolan presents it with “You Are Not My Mother.” Yes, there are instances of bullying and pressure to do well in school, but I bet you haven’t seen a story where a young girl wonders if her mother is actually her mother or if she’s a changeling who is after revenge. That’s definitely one way to face pressure and a chaotic family dynamic, all while having to complete assignments and study for exams.

Dolan dives into her Irish heritage with “You Are Not My Mother,” a horror/psychological thriller that combines mental health issues with folklore. All of it comes together to form an unsettling atmosphere that Char (Hazel Doupe) must face while trying to figure out what’s going on with her mother as other family members keep family secrets from her.

Char is one of the better students in her grade, as evident by being the only person in her class to do well on an assignment, but other aspects of her life don’t get top marks. She seems prone to school bullies, who will go out of their way to cause problems, and her home life is a challenging environment. She lives with her grandmother, Rita (Ingrid Craigie), and her mother, Angela (Carolyn Bracken), who struggles to get out of bed in the morning. One day, as she’s taking Char to school, Angela seems distant and expresses that she can’t do it – life, it seems – anymore. Char notices her mother’s car parked in an open field with the driver’s door left open, but she’s nowhere to be found.

When she returns, Angela seems different. At first, she’s bubbly and has a new burst of energy. Char loves seeing this side of her, but Rita can sense that something isn’t right. Soon after, Char starts noticing that her mother is exhibiting very strange behavior, as well as witnesses some scarring moments. What happened to Angela? Is she even her mother? When Rita reveals some crucial family secrets, Char becomes determined to ward off the dark spirits that seem to have taken control of Angela and hopefully find a way to bring her true self back.

Dolan crafts a gripping film that finds a way to keep viewers on the edge of their seats. From the very first scene, bug-eyed viewers will wonder what they’ve gotten themselves into. With patience, though, all will be revealed. There are times when having a deeper understanding of the changeling folklore, or even playing it up more, would have helped move the story along better, however. It takes quite a bit of time to build up and reveal the true nature of what’s affecting Angela, and until that point, people might start to wonder if these things are actually happening to her or if they’re imagined. If the folklore were established earlier on or at least had been made a bit more obvious through Angela’s actions sooner, that would have made for even more dramatic moments. Later scenes in the film, where Angela is showing her new persona, are the most compelling and engaging, in contrast to some of the earlier moments that drag.

But even without the supernatural elements, there’s a compelling story being told about mental health and the struggles many people in this household face. Doupe and Bracken are especially great about showing their characters’ intense pain. Moments such as when Char is being bullied by her classmates are often tough to watch, and Doupe finds a way to remain calm on the outside, while her eyes reveal the intense fear she feels on the inside. Bracken goes through many emotions and physical states – and each one is spot-on. Though we focus on Char and Angela’s current relationship, we would have benefited from seeing more of their bond at an early phase. There’s one scene where we see younger versions of them carving pumpkins together, but we never find out what changed and what got them to the point they’re at currently. Having those moments would have allowed us to grow a deeper connection to their characters and what’s at stake with their current battle.

Even with some elements missing, Dolan has an excellent start with her feature directorial debut and lands on the list of people to watch. The storytelling, atmosphere, and performances in “You Are Not My Mother” are all solid and lead to an enjoyable, although truly bonkers and scary, viewing experience.