Will 2017 Be The Year The Academy Recognizes Horror Again? 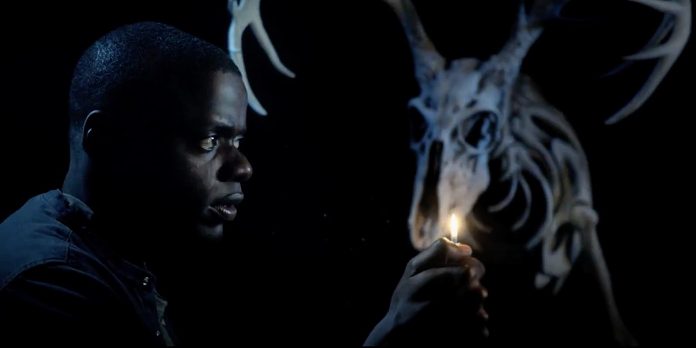 ​It’s Halloween and you know what that means? Handing out candy to trick r treaters, dressing up as your favorite mythical creature, fictional character, etc. But for us cinephiles, Halloween is a time where we like to celebrate the horror film genre. Horror films have been around since the inception of cinema and Halloween is the perfect time of year to worship their craft. From early on films like “The Cabinet of Dr. Calligari” to some later masterpieces such as “The Exorcist,” and lately with some modern masterpieces like “The Babadook,” horror films seem to be a unified favorite among cinephiles. Yet for some reason, they are rarely awarded, especially within The Academy of Motion Picture Arts and Scientists. The Academy seems to be awarding fewer horror films as time goes on. Horror films are of the same caliber as the films awarded at the Oscars each year if not better. In 2017 we have seen some brilliant horror pieces with “It Comes at Night,” “Get Out,” “It,” “Mother!,” “The Killing of a Sacred Deer” and much more. So join us as we reflect on some horror films that have been recognized by The Academy and some horror films released this year that we hope will receive some recognition.

​The first and most grand win for a horror film was probably at the 1992 Oscars, where the late great Jonathan Demme’s “The Silence of the Lambs” won the award for Best Picture. Beating out “Beauty and the Beast,” “JFK,” “Bugsy” and ” The Prince of Tides,” Jonathan Demme’s chilling and haunting horror crime film walked away with the big statue at the end of the day. “The Silence of the Lambs” became the first (And since then, only) horror film to win Oscars for Best Picture and Best Actor. Anthony Hopkins won for his petrifying and layered performance as Hannibal Lecter. Hopkins also holds the record for a Best Actor win with the shortest amount of screentime, clocking in at twenty-four minutes and fifty-two seconds.

Another major win for what is regarded as one of the greatest films ever made is the Adapted Screenplay for William Friedkin’s “The Exorcist.” The screenplay was adapted by William Peter Blatty from the novel of the same name also written by William Peter Blatty. In it he creates sheer terror through his screenplay which is then immaculately translated to the screen by Friedkin. Both Ridley Scott’s “Alien”, and James Cameron’s “Aliens” won the Oscar for Best Visual Effects. Darren Aronofsky’s psychological horror film “Black Swan” garnered a wonderfully deserved Best Actress win for Natalie Portman.

The nominations that horror films receive more often than not are tech related. Whether that be Makeup, Visual Effects, Sound Mixing, the tech categories tend to be where this genre shines. Every now and again a horror film will break into a much larger category like screenplay or acting. But what is it that sets these horror films apart from the films that normally are nominated and win Oscars? What makes the performances from drama films much better than those in horror films?

Well, nothing. Film is subjective, so every person will perceive the aspects of every film differently. But in the past few years, there has been a sort of revolution of sorts forming in the horror genre, thus moving away from the campy, goofy approach set in stone by horror films made in the 1980’s and 90’s. Now while the ridiculous and purposefully comedic horror films still release from time to time (Think “Drag Me To Hell”), a lot of horror directors seem to be striving for cinematic greatness. There are three prominent examples of this in the horror-filled year of 2017.

The first example is in Trey Edward Shults’ sophomore film, “It Comes at Night.” It’s a slow, methodical burn that forces you into this anxious state of mind. Nervous for whatever is lurking in the shadows of Shults’ cinematic realm, the film works on a much more subconscious level than most horror films, as it puts us into the minds of its characters, tapping into our very own universal instinct for survival. While most horror films seem to create terror for just a split second, Shults’ strives to make that terror last the entire runtime of the film. “It Comes at Night” is a petrifying, haunting film that deserves much more recognition than it has received. It would be deserving of the following nominations: Best Original Screenplay, Best Original Score, Best Cinematography, Best Editing, Best Director, and Best Supporting Actor for Kelvin Harrison Jr.

Another example this year is Darren Aronofsky’s “Mother!.” It’s an eccentric, over-the-top, brutal glimpse into the mind of auteur Darren Aronofsky. Whereas “It Comes at Night” seeks to create a slow-burning terrifying pace, “Mother!” seeks to create constant blood boiling tension from start to finish. From the moment the film begins to its final frames, the film is a total showcase for Aronofsky. Creating terrifying feelings of anxiety and nervousness that eventually implodes into disgust and repulsive, “Mother!” would be deserving of the following nominations: Best Picture, Best Actress for Jennifer Lawrence, Best Supporting Actor for Javier Bardem, Best Director, Best Cinematography, Best Production Design, Best Sound Mixing, Best Sound Editing and Best Film Editing.

The final horror film of 2017 and one of the most important films of 2017, in general, is Jordan Peele’s “Get Out.” Released back in February, “Get Out” is a brilliant social commentary film that utilizes Peele’s comedic roots and his love of the realm of horror. Creating a satirical and genuinely terrifying cinematic experience, “Get Out” is a film that we receive once in a lifetime. Through his focused camera work and brilliant performances he pulls from his actors, Peele has mastered the horror genre with his very first film. Already nominated for 4 Gotham Awards, “Get Out” is deserving of the following nominations: Best Picture, Best Original Screenplay, Best Director, Best Actor for Daniel Kaluuya, Best Actress for Allison Williams, Best Supporting Actress for Catherine Keener, Best Cinematography, Best Editing, Best Original Score, and a slew of other nominations.

Horror films really have to fight tooth and nail to be recognized, especially by The Academy. While there are plenty of other films we would love to see nominated for things this year, “It Comes at Night“, “Mother!“, and “Get Out” are the three horror films that have hurdled over the obstacle of “Can horror films compete with typical Oscar-nominated films?” So this Halloween, take some time to watch your favorite horror films and maybe even discover some new ones. Realize that we are in uncharted waters with a radically different Academy than year’s past and anything can happen. Maybe not a win (We’re not expecting to hear ” And The Oscar For Best Picture Goes To…Get Out” anytime soon) but at the very least, hopefully, some of these proposed nominations can happen so that the foundation laid by films such as “The Babadook,” “It Follows” and “The Witch” in recent years can lead to something both interesting and deserved.