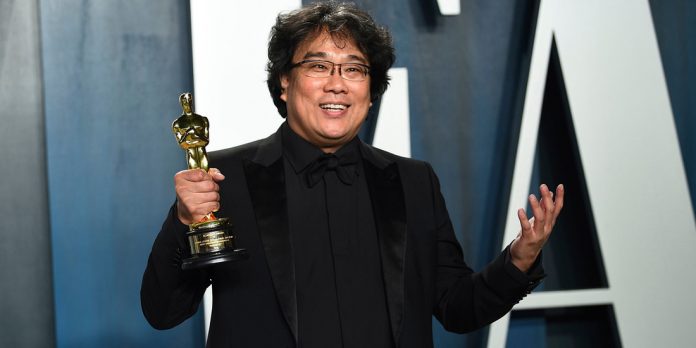 The most dedicated followers of the awards season know that even when the dust settles on a specific cycle and the Best Picture prize is handed out, the ride never truly stops. Many of us are already looking at the months ahead to figure out what may be making a dent in the round of critical darlings and precursor awards leading up to the next Oscar ceremony. However, with theaters around the country closed due to the pandemic, it has thrown the entire industry into great uncertainty, especially with how it will proceed in the future. Presumably, the Academy Awards will still take place as scheduled next year, but what will be recognized as the best achievements of the year will most likely be colored by current events.

This isn’t a particularly new phenomenon. Almost all Best Picture winners are reactions to real-life events, deeply political in their commentary: The era of the Obama presidency oversaw a high percentage of winners that were either feel-good stories of triumph or pointed attacks on already established institutions and policies; the ascendance of Donald Trump in the 2016 election more than likely weighed heavily on voters’ minds and probably helped to give “Moonlight” a push over the heavy favorite “La La Land”; “The Shape of Water” is an inherently political film about oppressed groups banding together against the establishment; “Green Book,” a return to more traditional fare, is a reaction against a trending reaction; same goes for “Parasite” to an extent. What might be selected this year remains a mystery.

I’ve always found it difficult to make Oscar predictions early in the year under the best of circumstances because of so many unknowns. Until the fall festivals start, it’s very difficult to know exactly where buzz will emerge for certain films and when campaigns will kick into gear. However, that uncertainty is magnified even more this time. We still don’t have a definitive date for when theaters will reopen, what films will get shown, and what reception they await in a world still on edge. All of this doesn’t factor into consideration the dynamics of future festivals like Venice, Telluride, and TIFF – all major markers that in the past have been essential for building momentum in the season.

So with all that uncertainty, what’s the type of film that may win the big prize in the end? If the Academy is inclined to react to the current events, it seems they are faced with two choices: They can pick a film that discusses the reality we are living in, one that dives deep into the political and social strife playing out before us that makes a grand statement about our lives; or they could go for something far lighter, something that indulges in escapism and celebrates the artistry of filmmaking rather than any pointed commentary. The latter scenario may be the most likely to play out by the time statuettes are handed out next year.

​The Academy may very well be in a mood to reward a film that, in the simplest terms, just makes them feel good. After months of global anxiety, the chance to reward a film that’s uplifting to the spirits may be in a vital position to succeed with the group. To my mind, Steven Spielberg’s reimagining of “West Side Story” may be victorious in this environment as a lavish remake of a well-established property. Although remakes of Best Picture winners are incredibly rare and have never found themselves getting the best critical reception, much less top tier Oscar nominations, the ingredients may be right to give Spielberg another Best Picture win, Tony Kushner a makeup award for his loss after “Lincoln,” and reward a film that celebrates the glamour of movie-making that respects the past and looks to a brighter future.

Prestige projects with pre-established Oscar buzz may not be the only beneficiaries of an Academy looking to reward a film that uplifts its audience. Several high-profile tentpoles had their release dates moved to the fall, packing that season even more and potentially giving them a better chance for recognition. Disney has both the Marvel film “Black Widow” and Pixar’s latest “Soul” releasing in November, two projects that are part of successful legacies. They could be in prime positions to create enthusiasm at the right time. The same thing goes for the new James Bond adventure “No Time to Die”. Back in its traditional fall release date, it could capture the critical reception that “Skyfall” managed and ride on the narrative of being Daniel Craig’s swan song. With all that, it could very well be the first film in the franchise to land in some major categories.

Even big projects still slated to come out this summer may be in a good position. The first new releases shown after months of theater closings will be looked at very closely. Their success may be difficult to gauge by normal metrics, but the welcoming reception to their premieres would be a much-needed jolt within to a struggling industry. As of now, Christopher Nolan’s “Tenet” is still scheduled for July 17. If that holds and the world settles enough to allow people to feel like they can go back to theaters, it would be in the best situation. If it can maintain this throughout the year, then it has a savior narrative it can run on. Same with other summer releases like “Mulan” and “Wonder Woman 1984”. These projects would probably be difficult to find traction in the Oscar race under normal circumstances, but if they are the first blockbusters seen by audiences, it could give them an added boost.

Again, all of this is speculation during very uncertain times. As the days and weeks drag on, there are much larger implications the world is grappling with. However, those events always impact the types of films people seek out and also find a way of influencing the selection of Oscar nominees. It remains to be seen where the state of the world will be by the time these conversations intensify, but it’s naïve to think that will have no impact on what Academy members select. They have always been a reactionary group, and what reaction may play out this season is a fascinating mystery.

How do you think this year’s awards season will shake out? Which films “supposedly” releasing in the fall are you looking forward to the most? Let us know in the comments section below or on our Twitter account.