What Oscars Could The Lion King Qualify For? 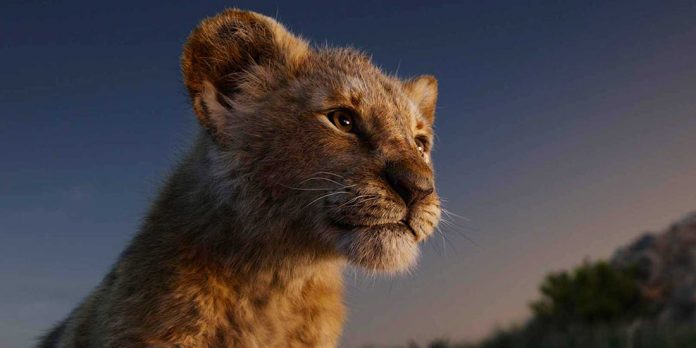 Disney’s 1994 smash hit “The Lion King” remains one of the most beloved films in their expansive canon, and one of the most acclaimed animated films of all time. Naturally, it was time to remake it. Jon Favreau’s 2019 remake of “The Lion King” takes the appearance of a live-action film, though it’s of course completely animated. Reviews have been less-than-stellar. While there’s unanimous praise for the incredible visuals, most critics feel the film pales in comparison to the original. Still, it’s worth asking the question: how would an animated film that appears live-action qualify for Oscars?

To be clear, given the reception of the film, I don’t believe “The Lion King” has a shot at scoring too many nods. Even so, this sort of film is essentially a first of its kind. This sort of fully animated film that could pass for live-action is somewhat new ground. Will the animated branch accept such a film? Can animated films qualify for Production Design, Cinematography, or other such awards?

First and foremost, there are the obvious categories where “The Lion King” would qualify. Picture, Director, Editing, Adapted Screenplay, Sound Editing, and Mixing. No need to dive into those categories. Best Original Song is an easy one too. As long as Beyonce’s song “Spirit” was written directly to appear in the film, it qualifies.

Let’s start with the obvious question: Will “The Lion King” qualify for Best Animated Feature? It’s a very simple yes. Academy Rule 7(1): “In an animated film, animation must figure in no less than 75 percent of the picture’s running time. In addition, a narrative animated film must have a significant number of the major characters animated.” Not only does this tell us that “The Lion King” qualifies in Best Animated Feature, Favreau’s “The Jungle Book” qualified as well.

Of course, qualifying is very different from being accepted. The nominating committee for Animated Feature is open to any Academy members who want to join but is of course largely made up of the animation branch of the Academy. Many are purists, which is why you see nominations almost every year for films like “Mirai,” “The Breadwinner,” “My Life As A Zucchini,” and “The Red Turtle” instead of only popular American fare. What will they think of an animated film that appears live-action? It’s a big question mark.

Furthermore, will Disney even want to submit the film for Best Animated Feature? “The Lion King” will surely crush the box office, but surely they push more surefire contenders in “Toy Story 4” and “Frozen 2.” Why dilute their awards push in one single category for a film that may not even be seen as a true “animated film?” It will be interesting to watch what Disney does here.

​In looking at “The Jungle Book” again as a comparison, we can ask whether “The Lion King” could compete in Best Visual Effects. “The Jungle Book” won this category for 2016. Interestingly, “Kubo and the Two Strings” was also nominated that year, a stop-motion animated film. Still, both those films are more palatable in thinking through the difference between visual effects and animation. In “The Jungle Book,” you have a live-action main character to highlight the difference. In “Kubo and the Two Strings” and other stop-motion films, the animation is made from live-action elements with visual effects layered in. Should “Toy Story 4” qualify for Best Visual Effects?

The Academy rules don’t particularly help to distinguish the difference between Animated Feature and Best Visual Effects. For Visual Effects, Rule 22(2) tells us:

Achievements shall be judged within the parameters defined by the Executive Committee and on the basis of:
consideration of the contribution the visual effects make to the overall production and the artistry, skill, and fidelity with which the visual illusions are achieved.

That’s pretty vague. It’s really up to the committee to decide. Clearly, as “Kubo and the Two Strings” illustrated, a film can be nominated in both categories. It’s a safe bet that this is where Disney pushes “The Lion King” the hardest. It’s a stunning work, and even detractors from the film can’t help but praise the effects.

How about Best Cinematography? Again, the rules don’t specify about what qualifies cinematography for a nomination. Technically an animated feature with a credited cinematographer can qualify. Clearly, this branch isn’t afraid to nominate films with extensive visual effects. “Avatar,” “Life of Pi,” and “Gravity” all won this category while comprised almost exclusively of visual effects. No animated film has ever been nominated. Would the branch be open to that possibility? Caleb Deschanel, cinematographer for “The Lion King,” is beloved by the industry, scoring one of the most surprising nominations in years for last year’s “Never Look Away.” It’s highly unlikely, but it’s possible.

Best Production Design is another question mark for “The Lion King.” No animated film has ever competed here. Rule 17(3) explicitly allows for that possibility though: “When the environment of a film is substantially composed of animation and digital artistry, the designer most responsible for that achievement also may be considered. In the case of fully animated feature films, the production designer alone shall be considered for that film.” Plenty of films with extensive visual effects have been nominated, again including “Gravity,” “Life of Pi,” and winner “Avatar.” But this seems like a category that will be hard for animation to break in. It’s ultimately up to the nominating committee. “The Lion King” doesn’t seem like it will be in the conversation here.

The acting categories won’t come into play for “The Lion King,” of course. But as the lines become more blurry, it won’t be long before motion-capture performances, like Andy Serkis’ in both “The Lord of The Rings” and “The Planet of The Apes” series, will soon break into the acting categories. What about purely voice-over performances, like that of Donald Glover and Beyonce in “The Lion King?” Scarlett Johannsson was in the conversation for “Her” just a few years ago.

“The Lion King” may set a new standard for visual effects in film. Bringing the audience into a completely animated environment that feels genuinely real is an alluring concept – both for filmmakers and for audiences. We can go to new worlds, or see unfilmable stories. Stricter definitions may need to be drawn by The Academy as animation comes further and further along. Until then, we’ll have to wait and see how well “The Lion King” does in these categories, despite mediocre reviews.

So what do you think the Oscar chances are for “The Lion King?” Have you seen the movie yet? What do you think? Let us know in the comments section below or on our Twitter account.