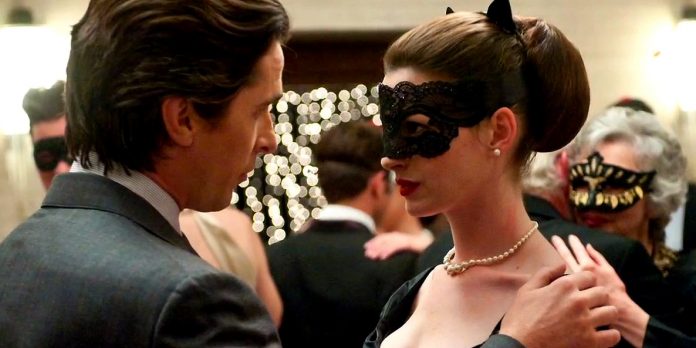 In an age where superhero movies drive the film industry, where a new Marvel or D.C. Comics movie ambushes the box office of any given weekend, it’s hard to believe so much time has passed since Christopher Nolan changed the landscape of cinema with his Batman franchise. The majority of critics and fans consider “The Dark Knight” to be his masterpiece, a movie for the ages that was equally brilliant in its technical construction and narrative heft. The movie had so much of an impact that it made the Academy of Motion Pictures Arts and Sciences change the way they do business, shifting from five Best Picture nominees to ten, after “The Dark Knight” was infamously snubbed in the category. Back in the day, many of us thought the concluding chapter of Nolan’s Batman trilogy would make the inroads at the Academy Awards that “The Dark Knight” could not because of the way dynamics shifted.

In retrospect, given the success of “The Dark Knight” commercially ($535 domestic gross), critically (its towering 94% on Rotten Tomatoes was something to be admired ten years ago), and with the Academy outside the Best Picture and Best Director categories (it received eight nominations, winning two Oscars, including Best Supporting Actor for Heath Ledger), there was no way Nolan and company could deliver a conclusion that would satisfy fans. Add in his film that did earn a Best Picture nomination, “Inception,” which released in between the two Dark Knight films, gave the impression Nolan was at the peak of filmmaking powers. Then, impressive trailers for “The Dark Knight Rises” dropped and grew the inexplicably high expectations set forth by its predecessor even higher.

No one could say “The Dark Knight Rises” was outright bad, but the milquetoast response was considerable and underwhelming. It always struck me curious as to why the apathy or even antipathy to the final film was so deep among Film Twitter, awards followers, and fans. The reviews were still very strong. “The Dark Knight Rises” had laudable scores on Rotten Tomatoes (87%) and Metacritic (78). This puts its scores just under “The Dark Knight” (94% on Rotten Tomatoes and 84 on Metacritic) and well above “Batman Begins” (which had 84% on RT and 71 on Metacritic). The key, in my mind: “The Dark Knight Rises” coincided with the release of the first “Avengers” film, which I believe hindered its success in mainstream interest overall, given “The Avengers” played to the audience in a more friendly way than this film did. “The Avengers” changed the appeal of superhero movies, and the more serious, personal and political story Nolan chose to tell with “The Dark Knight Rises” no longer fit the mold. What Nolan was dishing out was no longer the “it” commodity among pop culture, film criticism, and comic book fans.

“The Dark Knight Rises” was released July 20, 2012, thus seven years have passed. Based on its reputation, it has not aged well. But I’m here to say that’s unfair. We should embrace the film for what it is because the film’s ambition is unparalleled. I recently revisited “The Dark Knight Rises” and even I, someone who enjoyed it more than most back upon its release, was taken aback. I had this intense reaction where, because of its reputation, I forgot how good it is. It may not have one of the greatest performances of all-time like “The Dark Knight” did with Ledger’s legendary work, but there’s much to respect about the work Nolan does on several levels. While I agree “The Dark Knight” is more of the cinematic achievement that will define a generation, “The Dark Knight Rises” is better than any Batman movie that came before or after this trilogy and, for that matter, superior to “Batman Begins.” 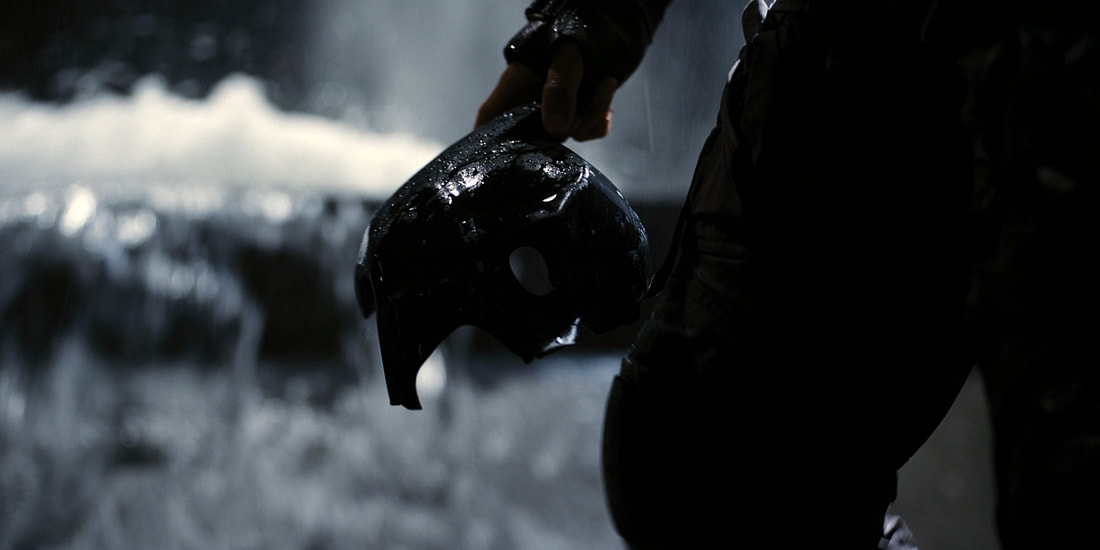 Rewatching “The Dark Knight Rises” after some space from the hype is gratifying. In my mind, Nolan had always produced these films with one foot in reality and the other in the comic book world. In “The Dark Knight Rises,” he doubles down and takes take on reality with the themes explores and in the directions he plots the film. “The Dark Knight Rises” has boldness and drive like no other superhero movie out there in the world. The film is a force of nature; it confronts issues of terrorism, governmental overthrow, corporate politics, the 99 percent v. the one percent, and a degradation of a society while balancing a thorough, devastating arc for its protagonist, Bruce Wayne. The dark tone is what makes all of the content so effective.

Nolan’s directing of the material is not as artistically perfect and finely cut as it was in “The Dark Knight,” but he holds the film securely together and stages certain scenes in unique ways, such as the Batman v. Bane fight mid-film. “The Dark Knight Rises” is nearly three hours in length, but the film moves at such an engaging pace, you’d have no idea of its exorbitant running time. Nolan establishes the pace of the film effortlessly thanks in large part to the accomplishments of the tight-as-a-drum film editing. The screenplay, written by Nolan and his brother Jonathan Nolan, is something for which I would go to bat unconditionally. They incorporate all the themes I’ve mentioned above and weave them together in this rather sophisticated piece of social and character drama, elevated beyond the parameters of the superhero genre. It’s gritty, serious, and smart writing.

The most solid piece of evidence to this effect is the way “The Dark Knight Rises” characterizes Selina Kyle/Catwoman. They bring the iconic character into the pseudo-reality for which Nolan’s films are recognized. The writing grounds and develop her as a human being with logical pieces that enable her to become this con artist woman in a leather suit and mask with gadgets and scrappy street strength. The Selina Kyle depicted in “The Dark Knight Rises” is never unrealistic, impractical, nor beyond the scope of plausibility. They don’t make her into a sensational comic book fetish. The screenplay develops Selina as her own personality but incorporates her for a specific person in the grand arc of Bruce’s story, and they do it in deliberate ways. For instance, nearly every scene we see her, they repeatedly reinforce and foreshadow the character’s end-game that *spoiler* she and Bruce end up escaping their masked identities and Gotham. Every time we see her, Selina is in some way or the other trying to escape, talking about leaving town, or literally packing her bags. *end of spoiler* It’s that kind of attention-to-detail that puts “The Dark Knight Rises” over the top for me. They improve upon Catwoman for whatever faults one can attribute previous iterations of the character. Far be it from me to call Nolan a feminist in his representation of women characters, but his depiction of Selina Kyle is inherently and explicitly feminist while balancing the fact the romantic counterpart connection she has with Bruce Wayne, which is also clearly defined.

At the end of the day, the cast ensemble makes “The Dark Knight Rises” come alive and helps communicate emotion amid what is otherwise a dark story some would consider “too dark” (as though there’s such a thing). Christian Bale is given the best material as Bruce Wayne to bring his arc to a well-documented and fulfilling close. Michael Caine delivers in spades substantive moments where he shines with pathos. Gary Oldman, Joseph Gordon Levitt, and Tom Hardy successfully give it their all, too, but the most valuable player in the cast is Anne Hathaway as Selina Kyle. Hathaway’s terrific interpretation makes everything I lauded being on the page materialize on the stage. Her scenes are electric and seductive. Her Catwoman, though more conservative but more functional than Michelle Pfeiffer’s take in “Batman Returns,” will only age better and better.

​When you put aside the expectations, “The Dark Knight Rises” is really a thrilling experience, even when it utilizes classic tropes, such as *spoiler* Bruce climbing out of the prison after failing, the race against the clock final chase sequence, and a climactic twist that unites the third film with the first. *end of spoiler* They all play to a ten because Nolan simply lets these familiar tropes breathe and playout for what they are. He uses all the filmmaking tools at his disposal to force these scenes to be artful. The cinematography is rich and the original score by Hans Zimmer is the most emotional and addictive music in the trilogy. But then, these more traditional scenes are offset by the more visionary moments, such as the opening plane sequence, the stock exchange raid, and the attack on the football stadium.

Seven years later, with more separation from the heightened culture upon its release, “The Dark Knight Rises” can be appreciated with a different perspective and taken more seriously for the quality it does, in fact, produce within its ambition. Timing is everything. And “The Dark Knight Rises” was simply unlucky in this regard, between the unrealistic, built-in expectations, as well as shifting dynamics in the superhero genre, well as the type of thematically ambitious story it was telling. No, Marion Cotillard’s worst performance of her career is not much better seven years later, but the rest of the film is. Give it another go with an open mind.
​
You can follow Ryan and hear more of his thoughts on the Oscars and Film on Twitter at @rcs818