What Did We Learn From The 76th Golden Globe Awards? 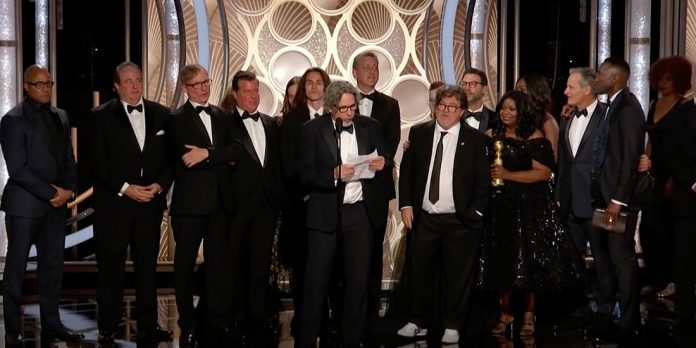 ​Where to even begin?

The 76th Golden Globes held so many surprises in the film race. The Globes don’t often affect the Oscars too drastically. After all, there is zero overlap in the voting bodies. Still, with Academy voting opening today, it’s hard to not think these shocking results, broadcast to a pretty sizable audience, will shake up the race.

​Let’s not beat around the bush and dive right into our two Best Picture winners.

Despite being the internet’s two most hated films in the race, “Bohemian Rhapsody” and “Green Book” won the two Best Picture prizes. “Green Book’s” win wasn’t much of a shock (all but two of us from NBP predicted it). The competition for this crowd-pleaser was light in the Musical/Comedy category. Its win for Best Screenplay is the more telling one, besting the odds-on favorite, “The Favourite.” It’s clearly beloved, and that love isn’t going anywhere.

Again, none of the “Green Book” love is terribly surprising. This simply confirms that we shouldn’t underestimate it at the Oscars. The bigger surprise was from “Bohemian Rhapsody.” The Queen biopic, directed by accused pedophile Bryan Singer, who abandoned the project before its completion, received only mild critical praise. Most everyone praised Rami Malek’s Freddie Mercury performance, making his win less of a shock (but we’ll get to that momentarily). Audiences have devoured the film, despite the critics not loving it.

“Bohemian Rhapsody” became the first film ever to win the Golden Globe for Best Picture – Drama without a nomination for Director or Screenplay. That is genuinely stunning. And also fairly confusing when it comes to breaking down the Oscar race.

Prior to the Globes, the Best Picture race was pretty wide open, but neither “Green Book” nor “Bohemian Rhapsody” were in serious contention to win. I still don’t believe they are. Our front runners had been “A Star Is Born,” “Roma,” “Black Panther,” and “BlacKkKlansman.” With that many true contenders, it’s safe to call this race unclear. For better or worse, these crazy winners did bring some clarity.

Of those four front-runners, “BlacKkKlansman” and “Black Panther” went home empty-handed. Not surprising, but it doesn’t push them any closer to the gold. “A Star Is Born” had a genuine or even overwhelming shot at winning three or four awards tonight. Instead, it only won Best Song. It should’ve won Best Picture in a landslide. Being defeated by “Bohemian Rhapsody” of all films is a terrible sign for its future. Any and all buzz for its Best Picture future feels lost.

“Roma” is the only film left of those contenders. That film scored exactly where it needed to, winning Best Foreign Language Film and, most importantly, Best Director. As a foreign language film, it didn’t qualify for Best Picture here, so it had the benefit of not technically losing. “Roma” needed the buzz that accompanies the televised awards to prove that it’s in the game.

It’s hard to not declare “Roma” our Best Picture winner now. It may seem overdramatic to write off these other front-runners after one night (and perhaps it is), but it was a bad night for a lot of would-be contenders.

One of the awards that “A Star Is Born” seemed to have easily in its pocket heading into the Globes was Best Actress – Drama. Every one of us here at NBP predicted Lady Gaga to win. Enter Glenn Close. While we’ve known her narrative of being long overdue for a win would take her far in this race, tonight we got a glimpse of just how far it could take her. Despite her film, “The Wife,” having relatively no buzz, Close won her first ever film Golden Globe.

On the Musical/Comedy side, Olivia Colman won Best Actress for “The Favourite.” It’s quite a bit less surprising than Close’s win, but it gave her the opportunity to shine in her speech. She came off as truly charming and lovely. She gave Academy members watching a push to vote for her if they were on the edge. Funny enough, Close did the same thing when she won. Two fantastic speeches by incredible actresses.

The person who didn’t get such an opportunity? Lady Gaga. She did win a Globe tonight for Best Song, but she shared the spotlight with others and didn’t drive her speech home. Losing tonight hurt her greatly. She went from being the frontrunner to third place within a few shocking minutes.

Colman should easily win the BAFTA, giving her another moment in the spotlight. Close could win SAG. One thing is certain: this just became a very interesting race to watch.

We’ve already discussed “Roma’s” possible new status as our Picture frontrunner, but what of Director? Cuarón’s subtle work has been a favorite of critics all season. He’s been a threat to win all season long. With Cooper and Lee’s films underperforming at the Globes, it certainly helps boost Cuarón’s profile. Lee should still feel confident in winning Adapted Screenplay. Cooper needed a win tonight in either Director or Actor. He needed to get onstage and keep pushing his film for major consideration, and he missed that chance.

Cuarón won Best Director at the Oscars for his last film, “Gravity,” only five years ago. Of course, he lost Best Picture to “12 Years A Slave.” Would “Roma” have beaten “Bohemian Rhapsody” had it been eligible for Best Picture? It’s likely. Unless Cooper or Lee can sneak in and win with someone like DGA, the question now is: will the Academy give Cuarón Best Director with or without Picture this time around?

WILL MALEK STEAMROLL HIS WAY TO A WIN?

Like I said near the top, “Bohemian Rhapsody” has a lot of fans. Even those who don’t like the film much are impressed with Rami Malek’s performance. Only a few weeks ago Best Actor seemed like a race between Bradley Cooper and Christian Bale. Now Malek has landed and may be able to run away with the race. He could easily win at SAG and BAFTA. Bale at least was able to win Best Actor Musical/Comedy tonight, but Cooper had no such opportunities. Malek is now at the head of the pack for his showy work. Both Cooper and Bale’s performances, though arguably superior, don’t leave viewers with as much excitement. That could go a long way here.

WHAT’S GOING ON IN SUPPORTING ACTRESS?

Regina King won Best Supporting Actress tonight for her role in “If Beale Street Could Talk,” a win that should greatly help her. She’s been dominating the critic’s circuit and seemed like she was cruising to an easy win over light completion until she missed the important SAG nomination. It’s been 17 years since an actress won the Oscar without a SAG nomination. That’s big.

But tonight she proved that she can keep winning regardless. Like Close and Colman, King delivered a marvelous and important speech. Who wouldn’t want to see her back up on a stage making another speech? The SAG miss could be a major sign of weakness in her Oscar run, or it could simply be a speed bump.

Interestingly, her toughest competitor, Amy Adams, got an immediate shout out from King, who thanked her for her prayers. Adams, like Close, is greatly overdue for a win, but many have expressed a desire for Adams to win for one of her great leading roles rather than for “Vice.” Could Adams he actively supporting King rather than trying to compete? We’ll probably never really know.

What we do know is this: King has a legitimate shot to break a 17-year-old SAG stat. It’s possible. Just last year “The Shape Of Water” broke a 22-year-old SAG stat by becoming the first film since “Braveheart” to win Best Picture without a SAG Ensemble nomination.

ALI COULD WIN AGAIN SO SOON

He only won the Oscar two years ago for “Moonlight,” but Ali won his first Golden Globe this time around. Was it an apology for snubbing his last time, or more genuine? With the love that the HFPA showed to “Green Book” elsewhere, it seems likely that his win is genuine. If the Academy loves “Green Book” as much as it seems like they will, Ali could win there too. I still think Richard E. Grant could win with his more charming performance, but it’s feeling less likely right now.

“Spider-Man: Into The Spider-Verse” scored a solid win last night for Best Animated Feature. We’ve been wondering all season whether “Spider-Man: Into The Spider-Verse” would follow the same path as “The LEGO Movie,” maybe even missing an Oscar nomination. After all, Phil Lord and Chris Miller were involved with both. Well, “LEGO Movie” didn’t even win the Globe. Things are looking up and could be the rare film that defeats Pixar.

Could we really be keeping Cooper or Gaga off the Oscars stage? Keep following the Oscar race with us! This season just got a lot harder to predict in a lot of ways. Let us know if we missed anything big and feel free to share your own thoughts (as passionate as they might be) in the comments section below or on our Twitter account.