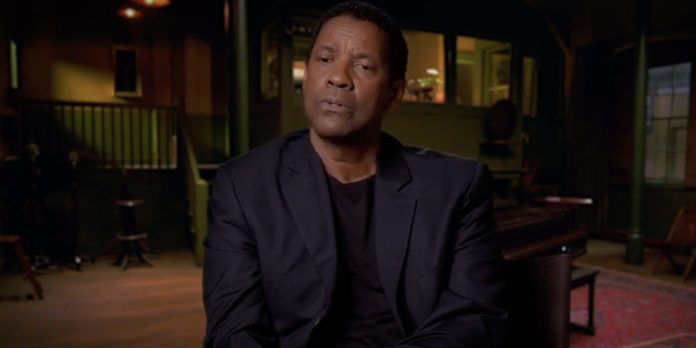 Every year, well-known actors, writers, and directors end up adding to their total Oscar nomination tallies due to their involvement in surprising areas in a film. The most common area is Best Picture, as any producer on a Best Picture nominee who has received the PGA. mark from the Producers Guild is nominated alongside the film. Last year, Bradley Cooper received his eighth Oscar nomination when “Joker” was nominated for Best Picture. Oprah Winfrey received her second for producing “Selma.” And that’s the path that led director Edward Zwick (“Glory” & “Blood Diamond”) to become “Academy Award Winner Edward Zwick” when he produced Best Picture winner “Shakespeare in Love.” But these under-the-radar nominations for industry names better known for other categories are not just limited to Best Picture producers. Over the years, actors like Sean Astin and Jeff Goldblum have received Oscar nominations for Oscar-nominated short films. Owen Wilson and Steve Coogan received nominations for co-writing “The Royal Tenenbaums” and “Philomena,” respectively.

This year is no exception.

Here are some well-known actors, directors and other industry figures who might add to their total Oscar nomination tally without you realizing it this year…

Pedro Almodovar has 2 Oscar nominations to his name, including a Screenplay win for “Talk to Her.” By virtue of name recognition alone, his new short film, which stars Tilda Swinton, is likely to bring his total tally up to 3. And as we saw with “Skin” two years ago, having recognizable actors in your short film helps. There is a good chance this will bring him his second win.

Kris Bowers: Best Documentary Short – “A Concerto is a Conversation”

Kris Bowers has established himself as one of our most vital and prolific new composers. Since 2018, he has composed the Best Picture-winning “Green Book,” as well as Emmy-winning series like “When They See Us” and “Mrs. America.” He is currently working on the scores for “The United States vs. Billie Holiday,” “Respect,” “Space Jam: A New Legacy,” and “King Richard.” However, with the public support of notable Academy members like Ava DuVernay, he will likely receive his first Oscar nomination, not for any film he composes, but rather for this documentary short he has co-directed.

Derek Cianfrance was on a roll in the early 2010s, directing critical hits like “Blue Valentine” and “The Place Beyond the Pines.” Many thought he would enter the Oscar race before long. While he has not directed any feature films since 2016, he did receive a “story by” credit on Darius Marder’s “Sound of Metal.” The film was based on another uncompleted film entitled “Metalhead” that Cianfrance had been working on prior to 2016’s “The Light Between Oceans.” Suppose “Sound of Metal” is nominated for Original Screenplay; as per Academy rules, Cianfrance will also receive a nomination due to his “story by” credit.

Sacha Baron Cohen may end up as an Oscar winner this year for his performance in “The Trial of the Chicago 7,” but that may not be his only nomination this year. Cohen has already been nominated for his writing once for penning the screenplay for the original “Borat” in 2006. Now, Amazon has been actively pushing his comedic song, “Wuhan Flu,” this year for an Original Song nomination in the sequel, “Borat Subsequent Moviefilm.” It has made the Oscar song shortlist, and as a credited songwriter, Cohen would receive a nomination along with it.

Frances McDormand is no stranger to Oscar love. She’s already won two and will likely receive a third this year for starring in “Nomadland.” However, in addition to starring in “Nomadland,” she also produced it. The PGA has not yet determined who will receive the PGA mark on the film. However, assumingly she receives one, she will become the first woman to be nominated for both Best Actress and as a producer for Best Picture in the same year, something even Barbara Streisand did not accomplish. And if “Nomadland” wins Best Picture, she will become “3-time Academy Award Winner Frances McDormand.”

Margot Robbie has already received two Oscar nominations for “I, Tonya” and “Bombshell.” She stands to receive a third for “Promising Young Woman,” which she produced if the film is nominated for Best Picture.

Denzel Washington has received nine Oscar nominations to date, winning twice. One of those was a Best Picture nomination for “Fences.” Should “Ma Rainey’s Black Bottom” be nominated for Best Picture, however, it would become the first time Denzel has ever been nominated for a film in which he did not appear. As a producer, however, he was integral in seeing the film be completed.

Other names worth mentioning: 3-time Oscar-nominated producer Lawrence Bender (“Inglourious Basterds” & “Good Will Hunting”) has produced Best Live Action Short contender, “Two Distant Strangers.” I refrained from including him because the fact has been widely covered already, but of course, Leslie Odom Jr. could receive nominations not just for starring in “One Night in Miami” but for writing the song he sings in the film. Chloe Zhao could be nominated not only for producing, writing and directing “Nomadland,” but also for editing it. And composer Daniel Pemberton, who has yet to be nominated for an Oscar for his scores for films like “Steve Jobs” and “Spider-Man: Into the Spider-Verse” could end up receiving his first nomination a song, rather than a score, courtesy of “The Trial of the Chicago 7.”

Which of these names most surprises you? Who would you most like to see nominated for an Oscar?​ Let us know in the comments section below or on our Twitter account.