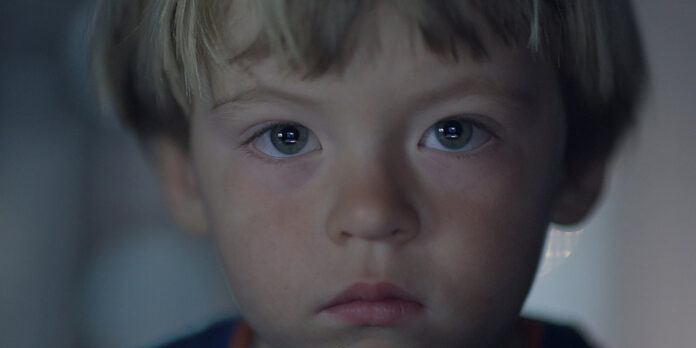 THE STORY – As technology advances, humankind spends little time questioning how the machines we use every day may end up changing us forever. This film documents the ever-present nature of technology through a series of stunning, immaculately rendered images.​
​
THE CAST – None
​
THE TEAM – Natalia Almada (Director/Writer)
​
THE RUNNING TIME – 81 Minutes

​Interrogating the impact of technology on mankind is nothing new. Going back to the printing press’s birth, there have been questions and concerns from several voices as to the slippery slope-nature of innovation. Director Natalia Almada uses her new lyrical documentary “Users” to ask such questions about the modern technological age. Starting with a single query about how the perfection of machines might influence her child’s development, Almada uses this simple notion to expound and reflect on the ways that an unendingly expanding technological landscape affects us all in ways both obvious and invisible. However, as intentionally abstract as it’s kept, the filmmaker’s point is made early on and the film quickly becomes a fairly repetitive succession of beautiful shots with little variation.

The film is entirely made up of stunning images and sparse narration. Over and over again, the Earth’s natural creations and man’s biggest synthetic accomplishments are juxtaposed in ways that wordlessly compare and contrast these different types of wonders. Throughout the film, Almada uses voiceover to pose personal questions about these innovations and advancements and just how they will shape the world of our uncertain future. The effect is contemplative and mesmerizing.

In fact, the visuals are so captivating that it somewhat obscures the central thesis of the film. When a speeding train is shot as beautifully as crashing waves, it almost conflates the two rather than pointing out their differences. But perhaps, that’s the point? Portraying technology in an objectively captivating way may indicate the insidiousness of its ubiquity. Either way, the film revels in not planting its feet firmly in a camp of ideology. However, it doesn’t shy away from portraying some advancements in a flattering light – a water treatment plant and a synthetically beating human heart are unquestionably breathtaking innovations. But again, when the film’s visual language is permanently set to “wonderment,” its purpose is made unclear. And it’s not elucidated by the unchanging nature of the film. There is little to break up the stream of slow landscape shots and long sequences of machines doing their jobs. If you’re not tuned into its wavelength immediately, the film can tire.

Viewed as a statement of personal belief, the film is quite pessimistic about our future. Of course, this negativity isn’t unwarranted, given the outlook of the world. However, Almada keeps the film from being completely depressing by employing a beautiful and hopeful orchestral score performed by the Kronos Quartet. But, much like the nature of the cinematography, with little variance, it doesn’t do much to make any strong statements about what the film is showing.

“Users” is highly indebted to Terrence Malick’s works, and I am sure Almada wouldn’t deny it. If his style of slow, nature-based filmmaking is not for you, as is the case with me, then this documentary simply may not work for you from the get-go.