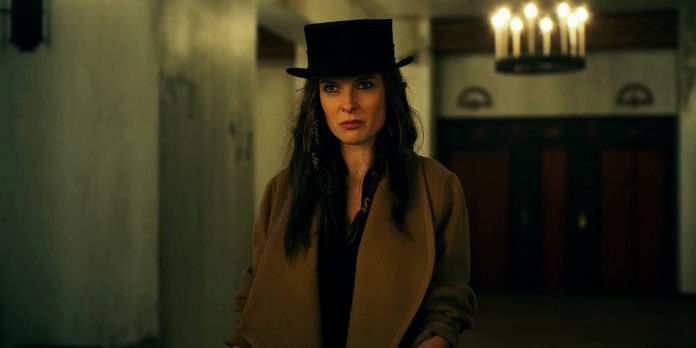 In honor of Halloween, I’ll be exploring five under-appreciated horror films throughout the month of October. This week, I’m making the case for why you should watch last year’s sequel to “The Shining,” “Doctor Sleep.” Check out my previous articles on “Lake Mungo,” “The Village” & “Hell House LLC.”

It’s been about a year since “Doctor Sleep” made its unassuming theatrical debut, and for the most part, it was met with a resoundingly mixed reaction from critics and audiences. This tepid response was echoed in its lackluster box office total. It made a worldwide total of about $70 million, and while many films would be happy for such a gross, it’s not necessarily what might be expected from a studio sequel to one of the most well-regarded horror films in history, “The Shining.” It has garnered a vocal cult following, but overall, its impression is not a lasting one. I find this both unfortunate and surprising. “Doctor Sleep” is not only a worthy follow-up to Stanley Kubrick’s ice-cold classic, it’s a masterful piece of epic and patient horror storytelling that both relitigates and strengthens the themes of the original.

Picking up over thirty years after the events of “The Shining,” Danny Torrance (Ewan McGregor) is now a disheveled, aimless adult who has inherited the addictive tendencies of his deceased father. He has long ago repressed his psychic abilities as best he could, but after moving to a small New Hampshire town to get a fresh start, he finds himself the unwitting telepathic pen pal of a young girl named Abra (Kyliegh Curran). After spending nearly a decade sobering up, he and Abra are suddenly forced to work together to defeat the True Knot – a cult of nearly-immortal beings who feed off the “steam” of individuals who possess the gift of “shining.” This steam is the psychic powers of these victims evaporating from their bodies as they breathe their last breaths – and the True Knot’s supply is running low. Led by the villainous Rose the Hat (a spectacular Rebecca Ferguson), they seek to abduct Abra and use her bountiful supply of steam to sustain them for a long time. Eventually, Danny and Abra must face Rose in a final battle at the one place that Danny has been running from his entire life: the infamous Overlook Hotel.

If that sounds like quite a departure from the intimate, claustrophobic story of “The Shining,” you would be right. Unlike that film, “Doctor Sleep” is sprawling in its settings and tells a long-winded story that takes its time getting to its ultimate destination. References to “The Shining” are sparingly peppered throughout the film (a set that resembles the hotel manager’s office, a single appearance of “redrum”, etc.), but for the most part, this is very much its own film. It would have been easy to make this a crowd-pleasing, nostalgic romp using even more elements of the Kubrick original. For instance, the entire second half of the film could have taken place at the Overlook Hotel, presenting a cavalcade of images and callbacks to “The Shining.” But writer-director Mike Flanagan (for my money, the most exciting voice working in horror today) makes the audience wait and wait and wait over two hours until we arrive at the haunted destination – and the payoff is incredible. Holding back so long makes the audience feel like Danny: occasionally haunted by the horrific events of the Overlook, but avoiding them in every way. When the film enters the hotel, it takes its time exploring the famous locale, knowing that the audience is waiting with bated breath for the restless spirits of “The Shining” to be unleashed. We’re right there with Danny as he faces his trauma head-on. The feeling of being in the hotel is intense, not because the audience is excited to reexamine “The Shining,” but because this film has done such a good job of showing us Danny’s haunted past and troubled present in a way that imbues every hallway turn and entered room with meaning. It’s impressive in its withholding, and ultimately, everything that we wanted in its reward.

​The chilling finale is one thing, but the film that leads up to it is a mature and haunting examination of the fear of death and the importance of bravery in the face of the unknown. With Danny and the True Knot, we see two different reactions to the inevitability of our own expiration. Danny takes up a job at a hospice center where he faces death nearly every day. He becomes known by the nickname Doctor Sleep for his ability to use his psychic powers to ease the elderly inhabitants peacefully into their final rest. He uses empathy and a connection to their happiest memories to make this transfer as easy as possible. Compare that to the True Knot who are so afraid of death that they are willing to strip every fiber of their own humanity by killing others and by consuming their spirit. The mirror-image scenes of both of these parties facing instances of death contrast perfectly. The people who Danny is helping to pass on show great fear before dying in a way that is frighteningly realistic, but then they become surprisingly hopeful in their eventual tranquility. The victims of the True Knot experience the most terrifying form of death: an inevitably painful one. Notably, Rose tells one of their victims (an uncomfortably terrified Jacob Tremblay) that his pain and fear make the steam they’re harvesting even more potent. The cult is so afraid of death that they wish to extend their own lives as long as possible while consequently forcing this same fear into others. It’s a frightening yet worthy examination of the importance of empathy, especially when it comes to the end of life.

Flanagan constructs a world that’s unflinching in its look at all aspects of adulthood. As previously mentioned, it dabbles in the world of death with an unclouded perspective, but it also shows the more unsavory elements of grown-up life in an unflattering yet realistic light. Depression, addiction, and trauma are all explored through the character of Danny, and Flanagan pulls no punches in depicting them. This type of mature filmmaking is a welcome throwback to the more brutal films of the ‘70s and ‘80s, including the horrifying Kubrick film that this follows. But whereas “The Shining” is a hopeless film with an irredeemable character at its center, “Doctor Sleep” is a film of surprising hope for a better life. “The Shining” wasn’t the end of Danny’s story, and even though he has spent most of his life not far from the worst habits of his father, he still has a chance to find purpose and light in his life. If “The Shining” is about the perils of the deepest pits of addiction, “Doctor Sleep” is about the difficult but worthwhile path towards recovery.

“Doctor Sleep” is a film that finds the real-life horrors hidden in a supernatural tale. It’s a singular vision from Flanagan of Stephen King’s haunted world, and the rare sequel that matches its renowned predecessor and finds new and exciting areas to examine in the world of the Torrance family. What do you think of it? What horror movies are you watching for this year’s Halloween? Let us know in the comments section below or on our Twitter account.