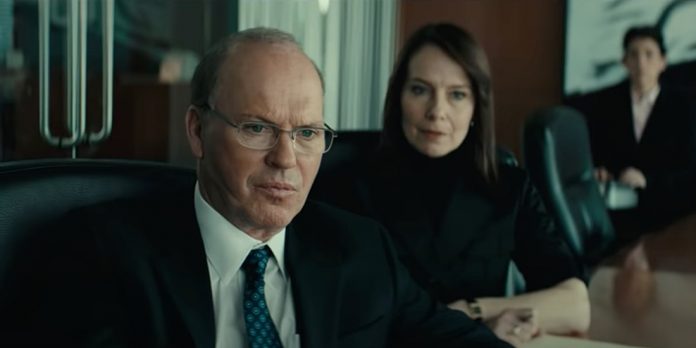 By Matt Neglia
​
Netflix has released the trailer for “Worth” starring Michael Keaton, Stanley Tucci, Amy Ryan, Tate Donovan, Shunori Ramanathan & Laura Benanti. The film will be released on Netflix on September 3rd.
​
​Click below to see the trailer.

​Plot Synopsis: An attorney learns a lesson in empathy when he is faced with the near-impossible task of determining how to compensate families who suffered incalculable losses as a result of the September 11th attacks in 2001. Based on true events.

What do you all think of the trailer? I was lucky enough to see this film at Sundance all the way back in 2020. It’s taken a while for the film to find distribution and get released, but Netflix has timed the release to the 20th anniversary of the September 11 attacks, and it couldn’t be more fitting for this heart-wrenching drama based on a true story. Filled with strong performances and engaging dialogue on the worth of human life, “Worth” is a film that I believe will appeal to those who enjoyed “Spotlight” (and not just because it also stars Michael Keaton and Stanley Tucci). As you can see in the trailer, director Sara Colangelo keeps the story grounded and utilizes some interesting framing in her shot selection. What do you think, though? Let us know your thoughts though in the comments below or on our Twitter account.