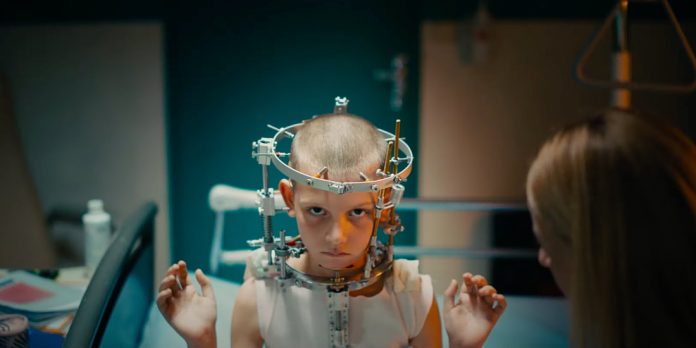 By Matt Neglia
​
NEON has released the trailer for Julia Ducournau’s (“Raw“) newest film “Titane” starring Agathe Rousselle & Vincent Lindon. The film is set to premiere at this year’s Cannes Film Festival and will come to theaters later this year.

​Plot Synopsis: A metal highly resistant to heat and corrosion, with high tensile strength alloys, often used in medical prostheses due to its pronounced biocompatibility.

What do you all think of the trailer? Like many of you, I was blown away by “Raw” when I first saw it and have been eagerly anticipating what Ducournau would give us next. This is an effective teaser that really helps to sell the style and tone of her latest while giving very little away outside of what we can visually see and read with the official plot synopsis. I expect this one to definitely ignite a ton of conversation when it premieres at the Cannes Film Festival. NEON already having distribution rights to it suggests that they’re confident enough in what they saw to bring it to the masses. The question is, are they ready? I most certainly think so! What do you think, though? Let us know your thoughts though in the comments below or on our Twitter account.