Trailer – “The Harder They Fall” 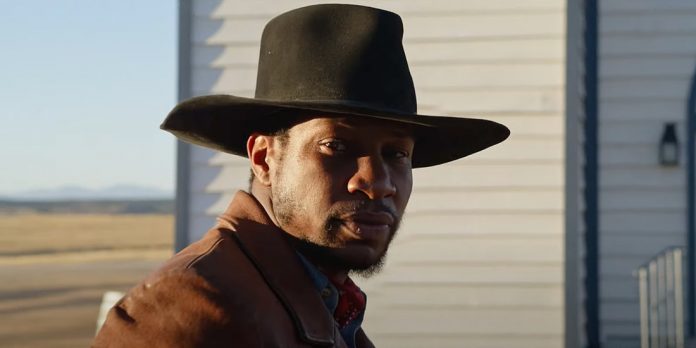 ​Plot Synopsis: When outlaw Nat Love (Jonathan Majors) discovers that his enemy Rufus Buck (Idris Elba) is being released from prison he rounds up his gang to track Rufus down and seek revenge. Those riding with him in this assured, righteously new school Western include his former love Stagecoach Mary (Zazie Beetz), his right and left hand men — hot-tempered Bill Pickett (Edi Gathegi) and fast drawing Jim Beckwourth (R.J. Cyler)—and a surprising adversary-turned-ally. Rufus Buck has his own fearsome crew, including “Treacherous” Trudy Smith (Regina King) and Cherokee Bill (LaKeith Stanfield), and they are not a group that knows how to lose.

What do you all think of the trailer? This looks like the type of film that, on a long enough timeline, Quentin Tarantino probably would’ve tried to make at some point. It has an energy and sense of style that gives off an entertaining vibe that you really only ever see in his Westerns. But besides the heightened sense of realism, you also have the fact that this is a Black Western and that in it itself is a massive rarity in this industry. The all-star cast all look perfectly utilized, and I, for one, cannot wait to see these great actors all share the screen together. Delroy Lindo asking “Miss me?” in the trailer after showering us with his glory in last year’s criminally undervalued “Da 5 Bloods” was just icing on the cake. This looks like one fun, wild ride. What do you think though? Let us know your thoughts though in the comments below or on our Twitter account.