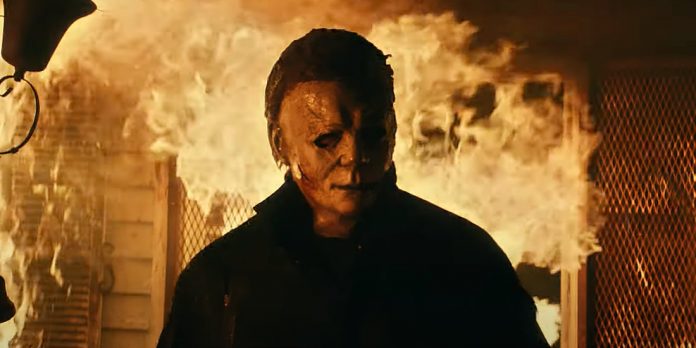 By Matt Neglia
​
Universal Pictures has released the trailer for “Halloween Kills,” David Gordon Green’s much anticipated follow up to 2018’s “Halloween” starring Jamie Lee Curtis, Judy Greer and Andi Matichak. The film will be released in theaters on October 15th, 2021.

​​Plot Synopsis: Minutes after Laurie Strode (Curtis), her daughter Karen (Judy Greer) and granddaughter Allyson (Andi Matichak) left masked monster Michael Myers caged and burning in Laurie’s basement, Laurie is rushed to the hospital with life-threatening injuries, believing she finally killed her lifelong tormentor. But when Michael manages to free himself from Laurie’s trap, his ritual bloodbath resumes. As Laurie fights her pain and prepares to defend herself against him, she inspires all of Haddonfield to rise up against their unstoppable monster. The Strode women join a group of other survivors of Michael’s first rampage who decide to take matters into their own hands, forming a vigilante mob that sets out to hunt Michael down, once and for all. Evil dies tonight.

What do you all think of the trailer? I really love that this is picking right up after the events of the first film. I also like where they seem to be taking the story with escalating stakes and introducing other survivors banding together to defeat the Shape, aka. Michael Myers. Also, I’m not sure why I didn’t expect this, but the trailer was much more violent than I anticipated, highlighting Myers’ intensity and bloodshed in all of the best ways possible. The section with the firefighters was particularly exciting, and I cannot wait to see what else David Gordon Green has in store for us with this hotly anticipated sequel. What do you think, though? Let us know your thoughts though in the comments below or on our Twitter account.