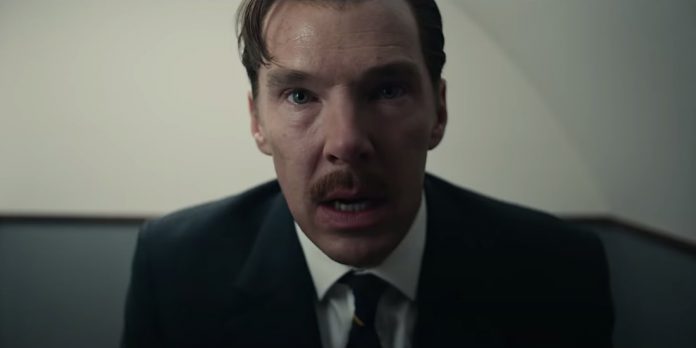 By Matt Neglia
​
Lionsgate & Roadside Attractions has released the trailer for “The Courier” starring Benedict Cumberbatch, Merab Ninidze, Rachel Brosnahan & Jessie Buckley. It will be released in theaters only, on March 19th.
​
​Click below to see the trailer

​Plot Synopsis: “The Courier” is a true-life spy thriller, the story of an unassuming British businessman Greville Wynne  (Benedict Cumberbatch) recruited into one of the greatest international conflicts in history. At the behest of the UK’s MI-6 and a CIA operative (Rachel Brosnahan), he forms a covert, dangerous partnership with Soviet officer Oleg Penkovsky (Merab Ninidze) in an effort to provide crucial intelligence needed to prevent a nuclear confrontation and defuse the Cuban Missile Crisis.

What do you all think of the trailer? I saw “The Courier” at last year’s Sundance Film Festival when it was previously called “Ironbark” and I rather enjoyed it. I thought it was Benedict Cumberbatch’s best performance since “The Imitation Game” and was emotionally hooked by the on-screen chemistry he developed with Merab Ninidze. It’s not the most amazing film you’ll see all year but it’s definitely worth a look and one that will satisfy spy-thriller fans. Let us know your thoughts in the comments below or on our Twitter account.