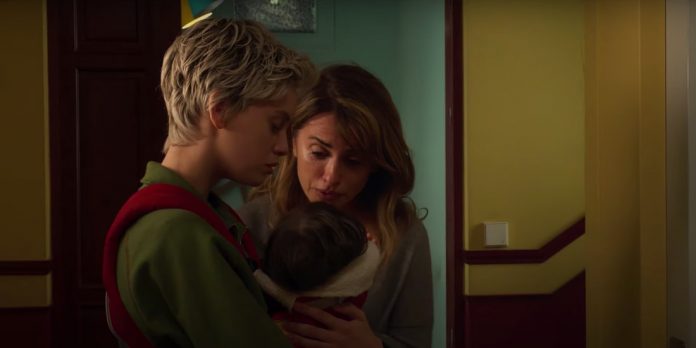 ​Plot Synopsis: Two women, Janis and Ana, coincide in a hospital room where they are going to give birth.  Both are single and became pregnant by accident.  Janis, middle-aged, doesn’t regret it and she is exultant.  The other, Ana, an adolescent, is scared, repentant and traumatized.  Janis tries to encourage her while they move like sleepwalkers along the hospital corridors.  The few words they exchange in these hours will create a very close link between the two, which by chance develops and complicates, and changes their lives in a decisive way.

What do you all think of the trailer? As always, it’s an exciting time whenever there is a new Pedro Almodovar film, especially one starring Penélope Cruz. His trademark bright colors, humor, and human drama are all on display here with what looks like a winning performance from Cruz that could put her in the Best Actress conversation. Overall, I really enjoyed the tone of this trailer (that opening scream over the studio logos is a hilarious choice) and cannot wait to see it at one of the fall film festivals. What do you think, though? Let us know your thoughts though in the comments below or on our Twitter account.