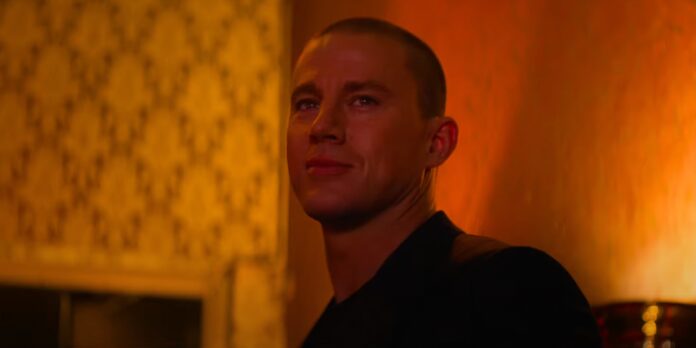 Plot Synopsis: “Magic” Mike Lane (Tatum) takes to the stage again after a lengthy hiatus, following a business deal that went bust, leaving him broke and taking bartender gigs in Florida. For what he hopes will be one last hurrah, Mike heads to London with a wealthy socialite (Hayek Pinault) who lures him with an offer he can’t refuse…and an agenda all her own. With everything on the line, once Mike discovers what she truly has in mind, will he—and the roster of hot new dancers he’ll have to whip into shape—be able to pull it off?

What do you all think of the trailer? I wasn’t always the biggest fan of Channing Tatum. Sure, he was a good-looking guy who could dance and move very well, but his acting ability left so much to be desired. In the years since the release of the first “Magic Mike,” a movie I consider to be a turning point for Tatum (the same year he showed his comedic chops in “21 Jump Street”), he has gone on to surprise me, delivering fantastic performance after fantastic performance (with “Foxcatcher” being the high point), unafraid to put himself out there and push himself to new limits. I’m always down for a new Steven Soderbergh film, and to see Tatum working alongside one of our best and most under-utilized actresses working today, Salma Hayek Pinault, is a Valentine’s Day treat I will gladly accept. I will be most curious to see how “Magic Mike’s Last Dance” continues the character arc of “Magic” Mike Lane from “Magic Mike XXL” and where his story will end if, indeed, this is the last film from Soderbergh and Tatum. The presentation of this one feels more infused with the spirit of “Step Up,” a film series I’m not the biggest fan of, than ever before, but I’m still curious, all the same. What do you all think, though? Please let us know your thoughts in the comments section below or on our Twitter account.