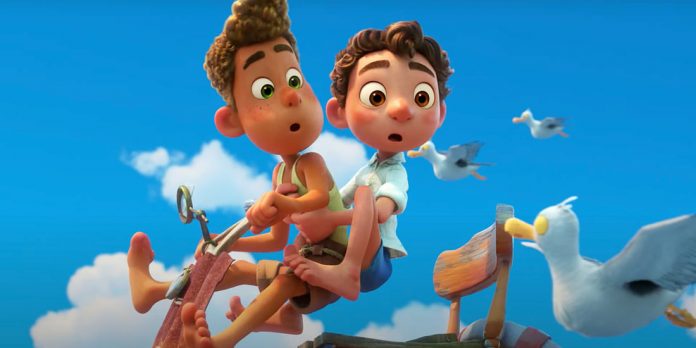 By Matt Neglia
​
Disney Pixar has released the trailer for “Luca” starring the voice talents of Jacob Tremblay, Jack Dylan Grazer, Emma Berman, Maya Rudolph, Marco Barricelli & Jim Gaffigan. It will be released this summer in June.
​
​Click below to see the trailer

​Plot Synopsis: Set in a beautiful seaside town on the Italian Riviera, Disney and Pixar’s original feature film “Luca” is a coming-of-age story about one young boy experiencing an unforgettable summer filled with gelato, pasta and endless scooter rides. Luca shares these adventures with his newfound best friend, but all the fun is threatened by a deeply-held secret: they are sea monsters from another world just below the water’s surface. Directed by Academy Award® nominee Enrico Casarosa (“La Luna”) and produced by Andrea Warren (“Lava,” “Cars 3”), “Luca” releases Summer 2021.

What do you all think of the trailer? With inevitable comparisons to “Call Me By Your Name” in terms of its setting, this coming of age story might be the Pixar’s most daring film to date. As the plot synopsis and the trailer tells us, these two boys have a “secret” and it doesn’t take a rocket scientist to figure out what those undertones are alluding to. Bright, colorful and filled with vibrancy, I expect this movie will be a huge step forward for animation storytelling on a mainstream level if the LGBTQ themes are indeed part of the film’s intent. It looks absolutely delightful and I cannot wait to see it. Let us know your thoughts in the comments below or on our Twitter account.