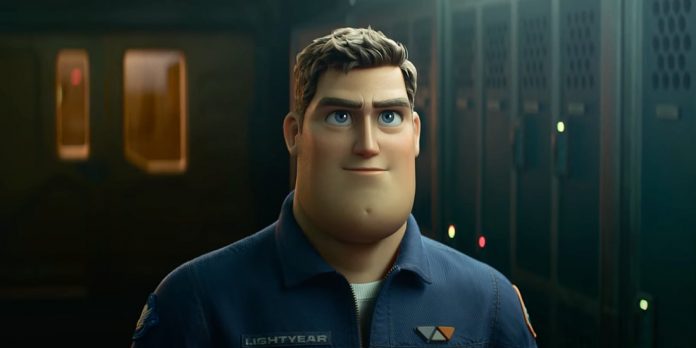 By Matt Neglia
​
Disney Pixar have released the trailer for “Lightyear” starring Chris Evans as the voice of the character who inspired the beloved toy we all know from the “Toy Story” films. Annie Award-winning director and veteran Pixar animator Angus MacLane, who co-directed 2016’s “Finding Dory” is directing. The film will come to theaters June 17th, 2022.

​Plot Synopsis: The sci-fi action-adventure presents the definitive origin story of Buzz Lightyear—the hero who inspired the toy—introducing the legendary Space Ranger who would win generations of fans.

What do you all think of the trailer? First of all, the animation looks like a new tier for Pixar. Some breathtaking shots evoke the feelings of “First Man” or “Gravity.” Secondly, I think it’s very wise for Pixar to tell a story we’re not entirely familiar with but have it be tied to a character we all know and love. Having Chris Evans step in as a different voice than Tim Allen is also a brilliant move that should help keep things fresh and help Disney avoid bad PR with Allen. Evans has said, “The phrase ‘a dream come true’ gets thrown around a lot, but I’ve never meant it more in my life. Anyone who knows me knows that my love for animated films runs deep. I can’t believe that I get to be a part of the Pixar family and work with these truly brilliant artists who tell stories unlike anyone else. Watching them work is nothing short of magic. I pinch myself every day.” And of course, who doesn’t love the use of David Bowie to sell your trailer? What do you all think, though? Let us know your thoughts in the comments section below or on our Twitter account.