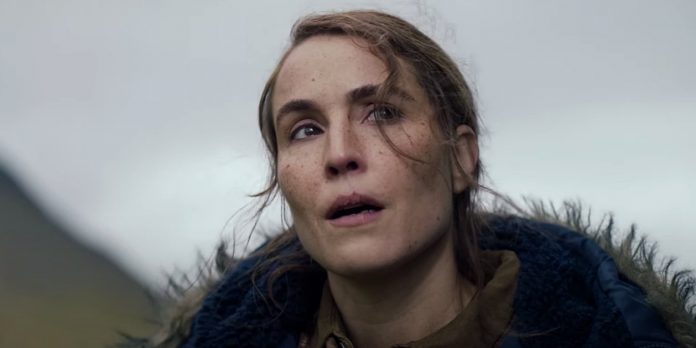 By Matt Neglia
​
A24 has released the new trailer for “Lamb” starring Noomi Rapace, Hilmir Snær Guðnason, Björn Hlynur Haraldsson, & Ingvar E. Sigurðsson. The film will be released in theaters on October 8th.
​
​Click below to see the trailer.

​Plot Synopsis: A childless couple in rural Iceland make an alarming discovery one day in their sheep barn. They soon face the consequences of defying the will of nature, in this dark and atmospheric folktale, the striking debut feature from director Valdimar Jóhannsson.

What do you all think of the trailer? After its premiere at the Cannes Film Festival, where it received strong reviews and now having seen this trailer, I’m more excited than ever to see what A24 is calling “a twisted Nordic folktale.” It’s been a while since Noomi Rapace received a role with this much visibility, and she’s a highly skilled actress capable of giving us so much. Valdimar Jóhannsson’s (making his feature directorial debut) film looks like it will give her a role worthy of her talents. For those who love their A24 movies to be atmospheric, dark, and creepy, this trailer is certainly delivering on that front with unsettling use of animals, an emphasis on sound, and cinematography that evokes the look of a previous A24 title, “Midsommar.” And who doesn’t like the use of The Beach Boys’ classic “God Only Knows” in a trailer? What do you think, though? Let us know your thoughts though in the comments below or on our Twitter account.