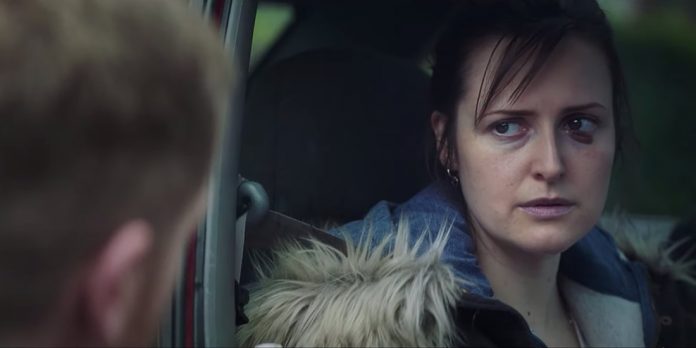 By Cody Dericks
​
The first trailer for Phyllida Lloyd’s new film “Herself” has been released. After previously playing at this past year’s Sundance Film Festival, it will have a limited theatrical release in America on December 30 before being available to stream on Amazon Prime on January 8, 2021.

Plot Synopsis: ​Young mother Sandra escapes her abusive husband and fights back against a broken housing system. She sets out to build her own home and in the process rebuilds her life and rediscovers herself.

“With very little income to speak of and no savings, Sandra must use all her ingenuity to make her ambitious dream a reality.  At the same time, she must escape the grip of her possessive ex-husband and keep him away from her and her girls. The lionhearted Sandra draws together a community of friends to support her and lend a helping hand and it is the kindness and generosity of these people and the love of her young daughters that help rebuild her own strength and sense of self.”

So what do you think? Lloyd previously directed Meryl Streep to an Oscar for “The Iron Lady,” could she do the same here with newcomer Clare Dunne? The story (which Clare wrote) and the performance are said to be quite powerful and affecting. You can check out Bianca Garner’s review of the film here. Let us know your thoughts in the comments section below or on our Twitter account.