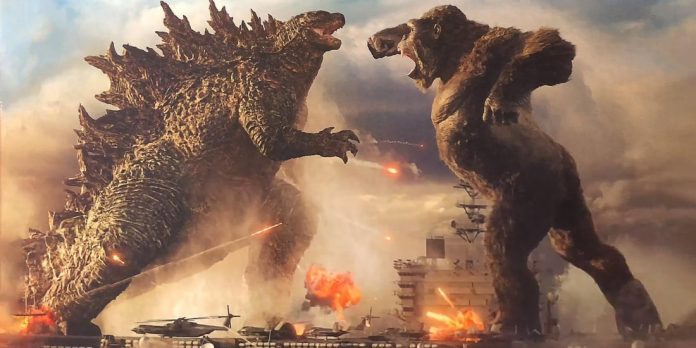 ​Plot Synopsis: Fearsome monsters Godzilla and King Kong square off in an epic battle for the ages, while humanity looks to wipe out both of the creatures and take back the planet once and for all.

What do you all think of the trailer? That certainly looks BIG. I’m not too thrilled about the song choice but the scale of the action and the visual effects look very impressive. It’s also nice to see this mash-up after a few films of build up over the last few years come together in what will be a can’t miss showdown between two of the biggest movie monsters cinema has ever seen. Director Adam Wingard impressed a lot of us with his smaller horror/thrillers including “You’re Next” and “The Guest” and I cannot wait to see how he balances the thrills and large cast with the epic-sized budget. Let us know your thoughts in the comments below or on our Twitter account.