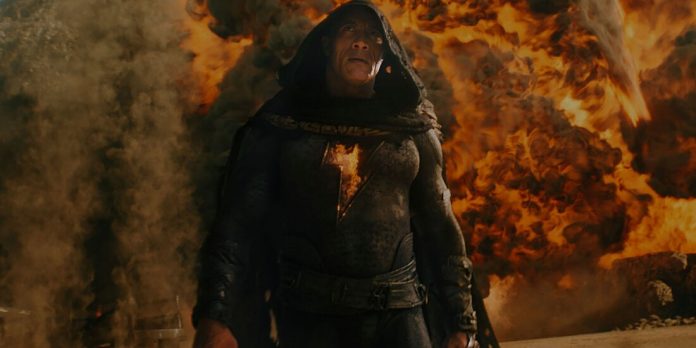 ​Plot Synopsis: Nearly 5,000 years after he was bestowed with the almighty powers of the ancient gods— and imprisoned just as quickly—Black Adam (Johnson) is freed from his earthly tomb, ready to unleash his unique form of justice on the modern world.

What do you all think of the trailer? Dwayne Johnson is arguably the biggest movie star in the world. He’s already, for many, a real-life superhero given his good-guy image and incredible physique, and here, he’s re-teaming with “Jungle Cruise” director Jaume Collet-Serra for this much-anticipated first-time comic book adaptation of this particular character. And what might surprise people is that Black Adam isn’t necessarily the squeaky clean superhero we’ve come to expect over the years. As he tells Aldis Hodge’s Hawkman in the trailer, he kills people, and it looks like this film will see him grappling with his rage over the injustices that have befallen him and whether he will use his god-like powers for good or evil. I’m incredibly excited for this kind of a take on a superhero and the storytelling possibilities it has to offer. What do you all think? Let us know your thoughts in the comments section below or on our Twitter account.