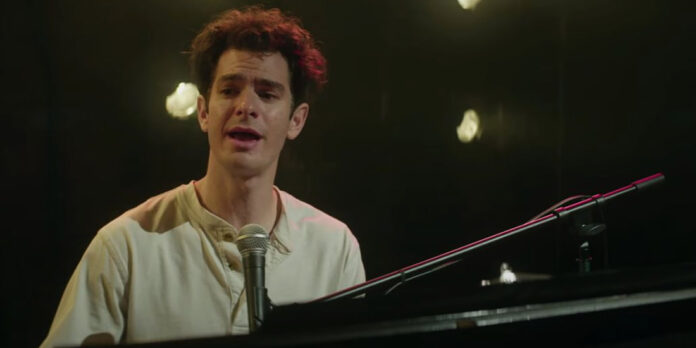 ​​The past eighteen months have seen Lin Manuel Miranda literally everywhere in Hollywood. Whether it’s acting, writing, producing, composing, he’s doing it all. It was inevitable that eventually, we would see him directing a feature film. With his directorial debut “Tick, Tick…Boom!,” he opted not to create an entirely new musical, but rather transform one – a semi-autobiographical rock opera written by the late Jonathan Larson, creator of the Tony Award-winning musical “Rent.”

In some ways, “Tick, Tick…Boom!” doesn’t precisely scream relevancy for a 2021 audience. The musical’s theme of a “let’s root for a white guy struggling to create great art while pushing those closest to him away” is a narrative that can feel a bit dated after seeing it done to death plenty of times before. However, the film’s exploration of otherness and the suffering wrought by bigoted leaders who fail to take action in the face of a crisis is as relevant today as it was in the 90s. Plus, there is an eternal mystique and tragedy surrounding Jonathan Larson, who died so young (he was only 35 when he suddenly passed away) and left behind so much potential, as evidenced by the success of “Rent.” His story and vision inspired so many, including Miranda, that it’s no wonder that there is still an urge to tell his story.

“Tick, Tick…Boom!” also doesn’t scream “movie material” on its own. Miranda and screenwriter Steven Levenson (“Dear Evan Hansen“) acknowledged that the play, as conceived by Larson, was essentially just a one-man show, of Larson recounting his journey at a piano (think of Bo Burnham). Fortunately, Miranda and Levenson sculpted and expanded the material, contributing benefits of hindsight about where Larson’s own career would go to transform the play into a fully realized world that does feel highly cinematic. Miranda and Levenson incorporate clips of bigoted politicians like Jesse Helms, who scoffed at the plight of gay Americans during the height of the AIDS crisis and physically transform Larson’s monologues about his life into actual scenes that show rather than tell Larson’s story. Editors Myron Kerstein and Andrew Weisblum deftly transition back and forth between Larson’s monologues and his reality in a way that feels entirely fluid and keeps the film’s momentum moving at all times.

Despite these cinematic contributions, the transformation from stage to screen isn’t always easygoing. Miranda’s choreography and blocking are effective, and he imbues the film with a manic energy through a continually moving camera and imaginative editing, but visually, the film is lacking. The compositions are often bland, featuring murky lighting, desaturated color, and extensive empty backgrounds that do nothing to draw the eye. Cinematographer Alice Brooks didn’t seem to have a problem with this on “In The Heights,” so the fault most likely is Miranda’s. And the musical’s songs, while well written and well performed, are by and large not as memorable as those in Larson’s “Rent” or in Miranda’s own works with only the opening number “30/90,” and closing number “Louder Than Words” standing out in a significant and impactful way.

Fortunately, Miranda’s passion for the story and subject is evident in nearly every frame. If the images on screen lack a certain amount of energy, the narrative certainly does not. Much of the credit for that goes to Andrew Garfield, who delivers a towering performance that ranks as one, if not his best. He crackles with electricity, his hair completely wild, and sinews in his neck bulging as he pushes himself to the brink in an attempt to create art. Like Roy Scheider in “All That Jazz,” he takes a frustrating narcissist and makes you care about him even as he alienates those around him. Garfield is fully immersed in Larson’s manic energy, and when his character reaches his moment of emotional clarity in the third act, his emotional reactions are utterly devastating. The film’s final 30 minutes are one long Oscar clip for Garfield, who is genuinely delivering some of his best work to date after an already remarkable career of impressive performances. He’ll frustrate you, wow you, make you giggle, and then make you sob.

As excellent as Garfield is, the real emotional gut punch in “Tick, Tick…Boom!” comes from Robin de Jesús (“The Boys In The Band“), playing Larson’s loyal best friend who chose a white-collar career over the arts. His relationship with Larson is the heart of the film, and his final few scenes won’t leave a dry eye in the house. Vanessa Hudgens’ has a couple of slam-dunk musical numbers, but she sadly does not have as much screentime given the show’s confines around her. One wishes an original song could’ve been created to provide her with more to do. A comical duet involving her and Garfield imitating a passive-aggressive romantic relationship on the rocks is one of the film’s most substantial numbers, both musically and in terms of the already discussed choreography. Bradley Whitford has a spot on cameo as Stephen Sondheim that deserves to be called out while the other cameos…without spoiling any names, let’s just say Lin Manuel Miranda called up his entire rolodex and has packed his debut film with an Avengers level lineup of theater icons. The number of Tony winners making appearances during a delightful number set inside Larson’s diner titled “Sunday” is a surprising delight for any theater fan out there.

The sheer number of prominent names involved in the film is a testament to how much Larson and the themes expressed in the story meant to so many people. As such, Miranda’s passion is evident throughout, as the story wears its emotions on its sleeve, and it’s clear Miranda is not ashamed of that. That earnest sentimentality might alienate some, but if you embrace it, the film ends up packing an emotional wallop by the end. “Tick, Tick…Boom!” is a true love letter to theater and theater fans, boasting surprising cameos and dazzling visual tributes to beloved musicals, giving theater fans plenty of easter eggs to appreciate during rewatches.

Overall, “Tick, Tick…Boom!” is a solid directorial debut for Miranda. How he will continue to evolve as a filmmaker and grow as a visual storyteller is something worth looking forward to as his work with story, music, and actors is already so well established. Will it go down as the best film musical in a year packed with so many others? Maybe, maybe not. But it reminds us that Lin Manuel Miranda remains an essential and exciting voice in the arts, no matter the medium, and it gives us a new high watermark for what Andrew Garfield is capable of. The Academy Award-nominated actor is the heart and soul of “Tick, Tick…Boom!” providing a memorable performance that elevates the film around him.