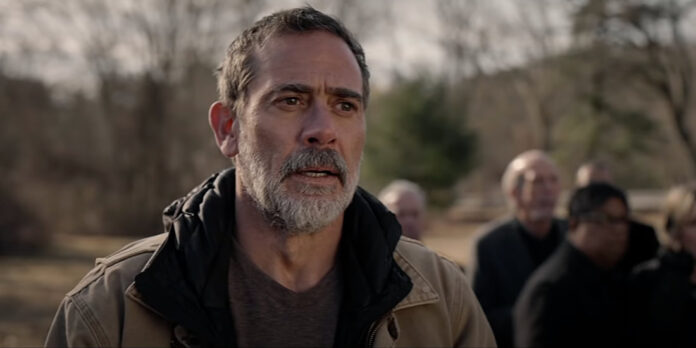 ​​​​I never thought I would see what’s essentially a horror remake of the 1943 religious drama “The Song of Bernadette,” but here we are. Writer-director Evan Spiliotopoulos’ new horror film explores faith and how it can be both personally elevating and easily exploited. Mixing religion and horror is nothing new for movies, and “The Unholy” works best when it combines Catholic iconography and classic cinematic scare tactics. Sure, there’s some silliness along the way, but it’s still a fun ride.

Our classic archetype of a main character is Gerry Fenn (Jeffrey Dean Morgan), a washed-up reporter with a penchant for both drinks and stretching his stories’ truth. After discovering his latest lead to be a dead-end, he decides to concoct a story of a small town beset upon by mysterious forces. To sell his story, he crushes a definitely haunted-looking doll that he finds in an equally haunted-looking tree. This seems to set off a chain of events centered around a young deaf woman named Alice (Cricket Brown). She begins to see the Virgin Mary’s visions, which seemingly gives her hearing abilities and the power to perform health-based miracles on others. But as events start to unfold, Fenn begins to think that the being that’s been visiting Alice is a different, more sinister creature altogether.

Let’s start with the most important question one must ask about a horror movie – is it scary? And I’m happy to report that “The Unholy” does have a few moments that, as they say, got me. They’re mostly jump scares, but they’re always in the context of the story and actually carried out by the things the characters are meant to be fearing. Jump scares only bother me when they’re false scares, such as a bird flying into a window or a character’s friend bumping into them. Basically, these are cheap methods of making the audience react in a way that adds nothing to the story’s actual horror. This film doesn’t employ these hollow tactics. I also have to commend the design of the titular unholy villain. It appropriately looks like a corrupted version of any number of Catholic depictions of saints and other holy figures, most notably Mary herself. This comparison is made clear by the film’s set dressing, which smartly adorns its main church and other holy locations with an excess of statues and icons of significant Christians. The film’s overall look is drowning in religious figures and imagery, and they’re shot in a way that brings out their inherent creepiness. Besides that visual choice, however, the film’s tone is a bit too weightless to serve as a strong foundation for its simple themes of faith and doubt. This works against some of the scares in the film, making them goofier than they rightly should be.

While the design of the film’s antagonist is effectively off-putting, at times, its execution is a bit unfortunate. It’s brought to life with what appears to be a melding of practical effects and CGI enhancements. The latter method of visual trickery pales severely compared to the former. At times, the demon skitters around like a possessed spider (thanks to the performance of contortionist Marina Mazepa). Unfortunately, the success of this method highlights what’s lacking in the moments of computer-aided trickery. The supporting visual effects throughout the movie are also underwhelming, which gives the film an occasional cheap quality.

While its visuals are sometimes questionable, the human elements of “The Unholy” are reasonably compelling. The two central performances from Morgan and Brown both help to bring a sympathetic, relatable quality to this movie, otherwise populated with crying statues and haunted confession booths. Morgan, in particular, seems very game to go along with whatever the film throws at him. He gives a committed, believable performance. Cary Elwes also appears to be having fun in his role as a hammy bishop with a delightfully heavy Boston accent.

“The Unholy” is better viewed as a fun scare machine than a piece of commentary about the nature of faith and belief. It works best when it puts those themes aside and throws as much religious-tinged horror at the audience as it can.