The Struggles With Immortality In “Palm Springs” & “The Old Guard” 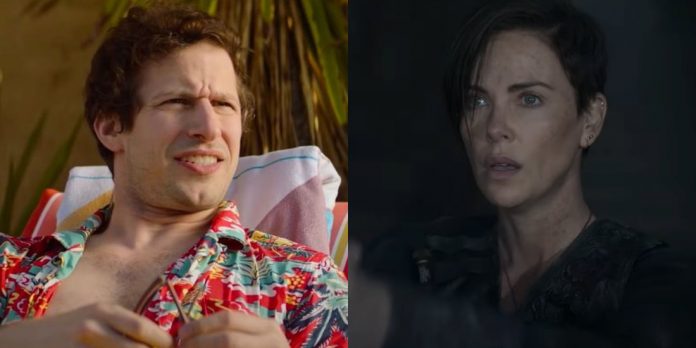 It is almost a contractual requirement to compare “Palm Springs” to “Groundhog Day” right off the bat. Or failing that, “Russian Doll,” “Happy Death Day,” “Edge of Tomorrow” or any other ‘time loop’ project in the last decade. Yet the film that the Hulu comedy most deserves to be compared to is much more recent than that.

On July 10, not one but two streaming films came out about endless life, immortality with qualifications, debates on the meaninglessness of eternal existence, burnt out immortals who just want to live out eternity doing nothing, and the female newcomers who help give them a new purpose.

Of course, “Palm Springs” and “The Old Guard” have many more differences in how they approach what is basically the same formula, as they form the comedic and action side of the same story about immortality.

​***Warning: Only read after watching “Palm Springs” and “The Old Guard”***

There is no time loop to explain immortality in “The Old Guard,” yet ancient warriors Andy, Booker, Joe, and Nicky are kind of reliving the same cycle over and over again anyway. Having fought wars and deadly missions for hundreds if not thousands of years, the quartet survives eternity the best they can until the violent cycle begins again, with some having better luck finding relief and meaning in between than others.

Their leader Andy is not one of them, having largely given up believing that any of her missions, sacrifices, and lives have meant anything at all. As such, she is now mostly committed to doing as little as possible, ignoring the memories and guilt of her worst mistakes and losses, and shutting herself off from the world until it or her finally dies first. Funny enough, this exact arc is played out by another Andy in “Palm Springs,” or in this case Andy Samberg as Nyles.

After hundreds if not thousands of time reboots at a wedding, Nyles has largely given up believing that it has any meaning or any way out. As such, he is now mostly committed to doing as little as possible, ignoring the memories and guilt of his worst mistakes, and shutting himself off from the world with beer, pool longing, and anything else with minimal effort.

The first step towards getting both Andy and Nyles out of their bleak outlook is with an external threat, each represented by an award-winning veteran. Chiwetel Ejiofor’s Copley brings Andy and her crew out of hiding with a mission that turns out to be one big trap, which convinces Andy she really does need to disappear forever once they get out of it. Back in “Palm Springs,” Nyles repeatedly pays the price for bringing J.K. Simmons’s Roy into the loop with him, which convinces him he really does need to endure the loop alone forever. But two endless lives of bleak meaninglessness, in between evading enemies, truly change for the first time in ages when a new woman arrives in both. 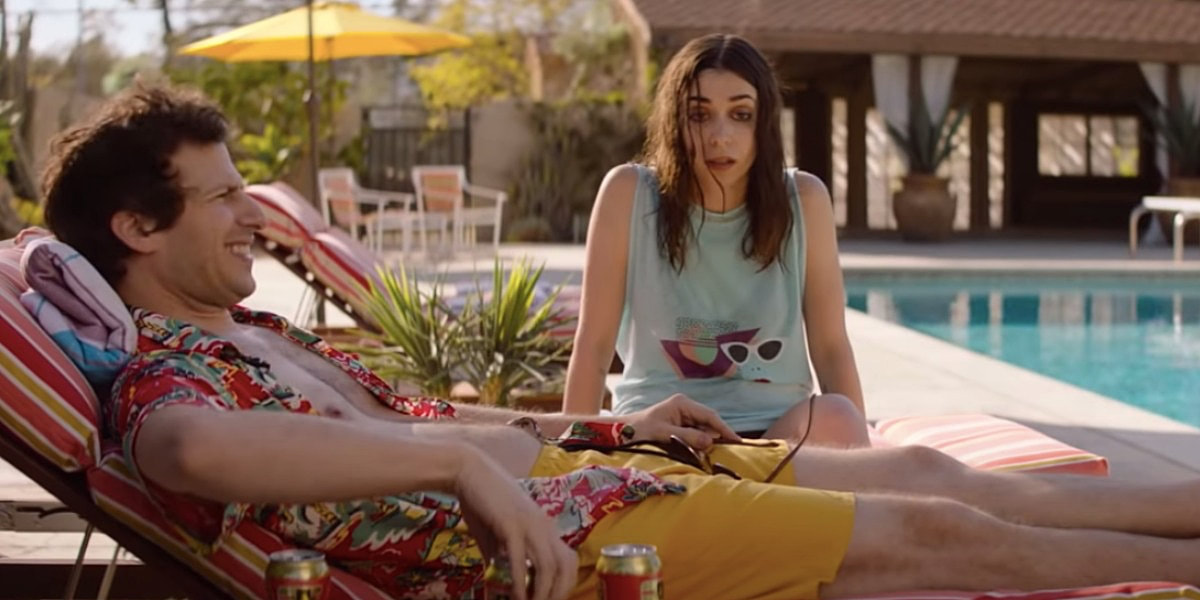 The role of “woman who gains immortality and doesn’t want it” in “Palm Springs” goes to Sarah, a self-loathing maid of honor whose tryst with Nyles gets her sucked into his eternal laid back hell. Unlike Nyles, Sarah wants nothing more than to get out and get her life back, although she finally joins Nyles in his time-wasting when there really seems to be no way out.

Sarah’s counterpart and opposite in “The Old Guard” is Nile, an American Marine who discovers her immortality after being ‘killed’ in combat. She too wants nothing more than to get out of this inescapable fate and get her life back, yet she too has to be eased into accepting it by a much more cynical and reluctant immortal veteran. But in the end, it’s the reluctant newcomers who turn their reluctant mentors in eternity around instead.

Since “Palm Springs” is a rom-com, this plays out in Nyles and Sarah falling in love. Since “The Old Guard” is an action/quasi-superhero film, this plays out in Andy and Nile joining forces to shoot up their mortal enemies. Yet the building blocks and basic principles of both arcs, partnerships, and examinations of how to endure and find new meaning in eternal life are two sides of the same coin.

By and large, immortality is generally frowned upon by movies and TV as something much less appealing in the long long run than it looks. Even “The Good Place,” TV’s leading source of endless existence and reboots, ended up concluding that life after death still must end in death to be endurable. For the most part, “Palm Springs” and “The Old Guard” also agree that living forever can make everything become meaningless and pointless, to the point of needing total detachment to keep going.
Of course, comedies and action movies generally can’t end with that message too, so brighter outlooks and character development ultimately must prevail. For Nyles and Andy, and for “Palm Springs” and “The Old Guard,” this is where their paths towards finding meaning diverge the most, and not just with laughs or weapons.

Much has been made of “Palm Springs” becoming extra relevant in quarantine, where repetition and a lack of escape from each other and ourselves is now a way of life in reality as well. Andy’s belief that the world and humanity keep getting worse no matter what is also easier to accept in 2020 than it was when “The Old Guard” filmed in 2019. But unlike in much of reality right now, “Palm Springs” and “The Old Guard” still offer light at the end of the tunnel – one in a more global sense and one in a more personal sense.

Unlike in “Palm Springs,” there is still no real way out of the loop for “The Old Guard” by the end. Yet when they learn just how much their actions have echoed through the decades and centuries, it gives Andy the final push to face the endless cycle anew, with Nile under her wing to remind her of its value as well.

While they accept their immortal mission once again, “Palm Springs” finally does find a way out of it, although Nyles doesn’t want to take it at first. Yet when he finally accepts how much he needs Sarah and the kind of life and companionship a time loop can’t provide, it gives him the final push to return to reality by her side.

Whereas Andy, Nile, and the guard renew their commitment to immortal life by realizing their meaning to the world, Nyles and Sarah get out of their immortal lives in part from realizing their meaning to each other. But despite the different paths and methods, the destination remains the same, in that both movies’ tired and worn out immortal leads find a new purpose to life again – thanks in large part to the new women who change their seemingly unchangeable long lives. 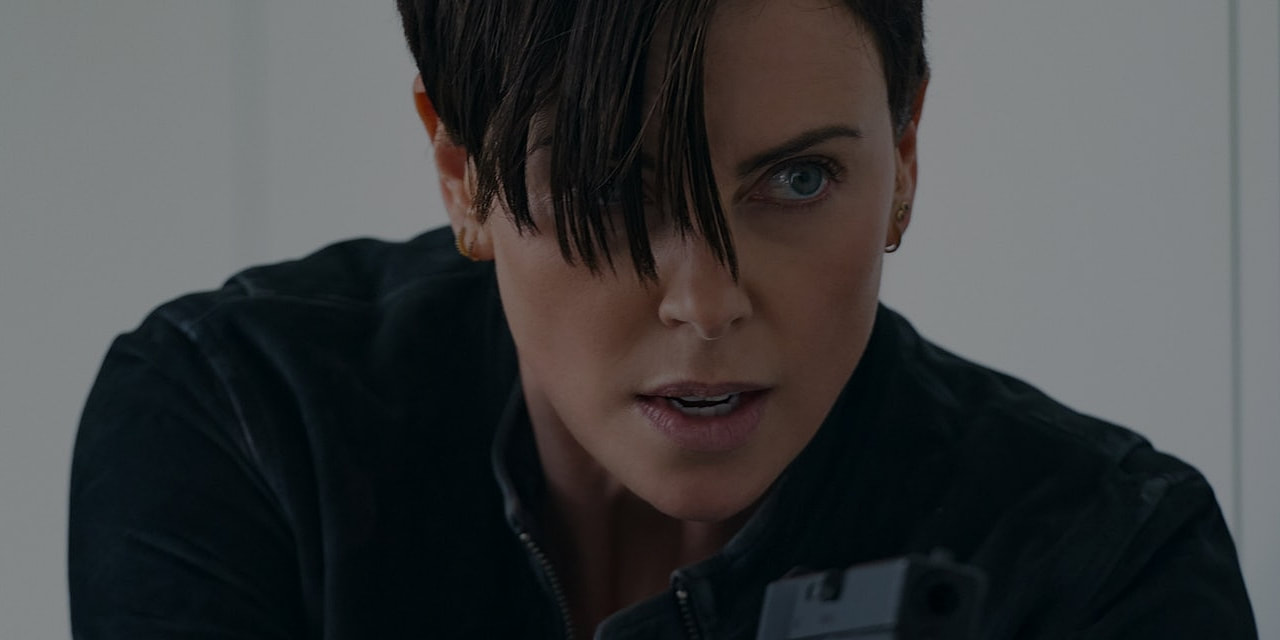 Nyles and Andy may be the main characters of their movies, but Sarah and Nile may be their biggest heroes. They don’t just save Nyles and Andy physically and emotionally, and aren’t just their ‘reward’ for all their suffering, but are both their own heroes as well. While Nile’s pre-existing heroism and duty guide her to save Andy and the team from capture in the end, Sarah teaches herself mental and emotional skills she didn’t know she had to overcome the loop – and her own demons – long before Nyles finally joins her.

“Palm Springs” and “The Old Guard” aren’t necessarily trying to be guides on surviving immortality, or even in surviving ordeals that seem to be going on forever. With “The Old Guard,” the pieces and character development are put in place for proposed sequels as much as anything else, whereas “Palm Springs” appears to be a one-shot deal.

Even the more light-hearted “Palm Springs” is less a debate on whether life in and out of time loops is meaningless or an affirmation that life has meaning after all. At its core, it examines two people’s desperate need to convince themselves – whether out of survival or guilt – that life is meaningless and they don’t need to face it or themselves as a result.

​Tellingly, the very first shot of Sarah is of her looking away from what’s in front of her and from much more, while the first shot of Nyles is of him staring straight ahead into his personal abyss without really looking anymore. But in the end, they are both done “pretending not to care” about their own lives and each other, regardless of how long they have left.

“The Old Guard” still has a long way through their immortality, whether we see the proof in sequels or not, while “Palm Springs” finds a more clear-cut way out. Nonetheless, they each leave behind very similar, very different, and perhaps very timely guides to endure and overcome endless existence at the exact same time, which may make them more fitting immortality companions than any groundhogs, Russian dolls, or Tom Cruise.

Have you seen “Palm Springs” or “The Old Guard” yet? (We hope so, otherwise you ignored the disclaimer above). If so, what do you think?  Let us know in the comments section below or on our Twitter account.