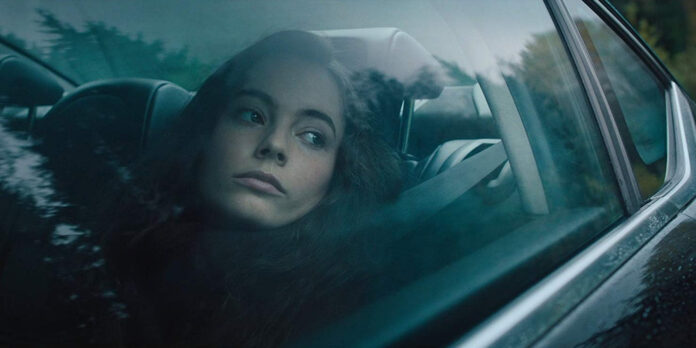 THE STORY – When a famous but underappreciated composer suddenly and violently dies, his estranged violinist daughter inherits his reclusive mansion. Upon her arrival, she discovers his final piece: an unpublished sonata full of strange and cryptic markings.

​​​​When it comes to horror movies, it’s all about your initial concept. A cult of elderly devil worshipers want to take a young woman’s baby? Good concept. A vengeful demon inhabits the body of an unsuspecting little girl, requiring an ancient Catholic ritual to save her? Good concept. The concept of “The Sonata”? A dead composer’s final composition contains strange and mysterious symbols that his violinist daughter must decipher. Good concept! Unfortunately, “The Sonata” fails to live up to its intriguing elevator pitch and peters out before its potential can be fully realized.

The aforementioned concept makes up the bulk of the plot, with very little time spent fleshing out its details beyond vague explorations into the inherent mysteries presented by the story. The film follows Rose Fisher (Freya Tingley), a talented young violinist who is informed of the sudden death of her estranged father, who happens to be a talented, albeit unappreciated, classical composer. She finds herself the heir to a large, remote mansion and, even though she has little initial interest in her father’s death, she begins to explore the expansive manor for further details into his demise. Her biggest clue comes when she finds his final, unpublished composition: a sonata that features mysterious red symbols in its sheet music. These symbols are unfamiliar to Rose and, with the help of her manager, she sets off to learn more about these markings and their potentially malicious meaning.

To anyone who has played an instrument, the idea of a composition marked with new, unfamiliar symbols is immediately intriguing. Unfortunately, the exploration into their meaning is fairly deflating, with little attention paid to exactly why her father would want to compose what is essentially an enchanted and evil sonata beyond some typical demonic clichés. Anyone with even a passing interest in the highlights of the horror genre will be able to spot some of the typical markings of a demon-based film from a mile away. The scares themselves are mostly cheap jump scares that aren’t based in the actual horrors of the story. Plus, the film’s pace isn’t helped by the scarcity of these frights.

On the plus side, as our leading lady, Tingley does the best she can with a character who is forced to mostly be in denial of the otherworldly events going on around her, which is a fairly thankless task in a horror film where the audience is aware of the danger she is in. She also shines in the scenes requiring her to play the violin, successfully selling the idea that she is a young virtuoso on the rise. Some of the design elements of the film are worthy of praise too; the eerie production design and elegant cinematography stand out in particular. By far the best part of the film, however, is the gothic and appropriately-orchestral score by Alexis Maingaud. Even the biggest-budget horror films from major studios would be lucky to have music as good and creepy as this. The music does most of the work in terms of bringing an oppressive, haunting atmosphere to the film.

Ultimately, “The Sonata” is all show, little substance. A creepy atmosphere and wonderful score can’t completely make up for the unrealized potential of the film’s concept.