“THE REASON I JUMP” 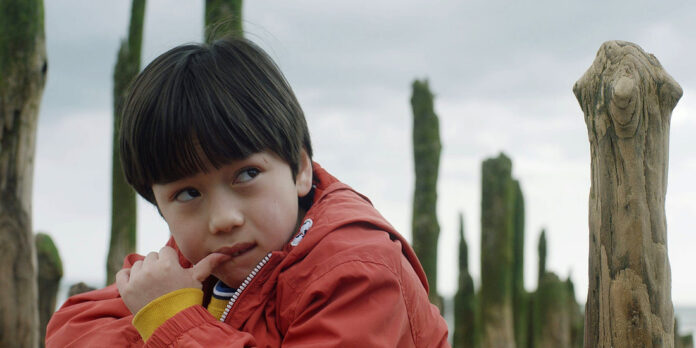 10/13/2020
​By James Palmer
​
Beacons of light flicker relentlessly as the film begins; we hear sharp echoes of the ocean hitting the shore’s rocks whilst a lighthouse continuously sweeps over us with its blinding light. A narrator then introduces us to the story, reciting a book by Naoki Higashida about what it’s like to live as someone who is autistic and unable to speak. Jordan O’Donegan acts as the narrator but it’s Higashida’s words that drive the story for “The Reason I Jump.” This documentary uses their words and applies them to multiple people who are experiencing the world the same way as Higashida. From different countries and stories, we see the day-to-day of five different people, their families, and their livelihoods.

Communication is key to this film and it demonstrates the different ways in how we can communicate as well. One person is unable to speak to their mother at the end of the day and draws instead, sketching people they met and the emotions they felt during this time. Whilst in other places of the world with greater awareness to this disability, we see the great advancements in development and the learning that has occurred in conversing. Ben and Emma, two people living in America have been close friends for years and learn together – they each have a letter board that allows them to speak sentences to family and friends. They recall how little previous schools cared about them, Ben stating “they didn’t care about our civil rights.”

When a mum recalls her son as a toddler, she tells us how he heard and saw everything around him. Over time they knew that the best way was to provide him with water and light, two calming factors that regularly appear as experimental imagery throughout the individual stories. The frustration is also stated in Higashida’s words when noting that fits of rage occur within autistic people that can’t communicate effectively. Higashida makes it understandable for us as to why these outbursts can occur, that a feeling of helplessness overcomes the body causing panic, and the inability to communicate this panic makes it even worse.

“The Reason I Jump” is one of the most stunning and informative films of recent years, telling different accounts of people with ASD (Autism Spectrum Disorder) and witnessing their actual experiences and thoughts. Little pieces of information like how memory is different, like a pool of dots all occurring at once rather than a timeline, is something that Higashida expresses and is replicated within these individual stories.

​One other factor to consider with this film is how well it incorporates the fly-on-the-wall documentary style with vast experimental imagery and sound. The director, Jerry Rothwell, is trying to immerse us in the world as described in the book. Everyday objects like fans are seen up-close, creating a vicious and alarming feeling to them. We are told that people with ASD often see images differently from others, they see the details before they understand the actual thing. This is told to us while the frame gets so close to various inanimate objects that we can see the fabric and lining within it. The sound is as sharp as ever with rainfall sounding like shards of glass dropping. Voices of parents are sometimes muffled, unable to be heard by us, or by their children. But the final scene is jaw-dropping compared to everything else when we see these individuals running around a giant immersive tent of different colors and light. It’s a beauty to behold and it gives off an overwhelming presence of pure joy.

Whilst “The Reason I Jump” allows us into the lives of five people living with ASD, a young boy in a red coat walks on between each chapter. The world we’re seeing is through him and this boy is Naoki Higashida when he told the world of his memoirs at the young age of thirteen. This is a documentary unlike any other and promises to let you in on a different view of the world through a difficult struggle but one that can be overcome.