The Oscars Make Some Changes Ahead Of 2018 Ceremony 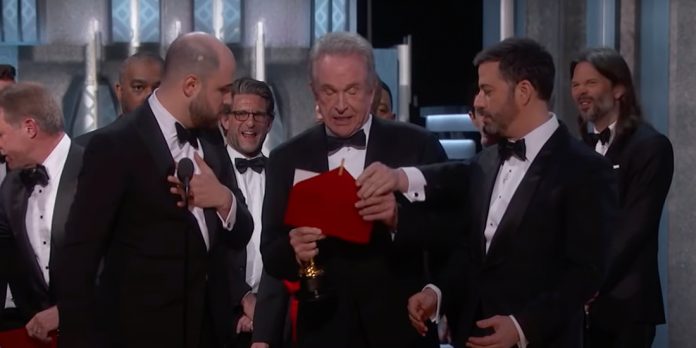 By Matt Neglia After this year’s Oscars created one of the most memorable moments in television history, the Academy Of Motion Pictures Arts & Sciences has today announced some changes which will affect next year’s ceremony. While these changes won’t create for as exciting television to the casual viewer, it will indeed change how people predict certain categories this upcoming year.

​Click below to see what changes the Academy has made for the 2018 ceremony and beyond. It was no surprise that the documentary “OJ: Made In America” was most likely going to win the Oscar for Best Documentary. It was widely predicted to win after sweeping the season and eventually did win but there were definitely hesitations from many given its television miniseries structure. Well, the Academy has responded and moving forward multi-part series will now be considered ineligible for Academy consideration.

Some other changes include the Best Animated Feature category having its nominations voting opened up to all other branches of the Academy which could see an increase in more mainstream films being nominated in that category. All members of the Academy will be invited to vote and will not have to attend special screenings to do so.

But the changes did not stop there as the Best Picture category saw a new rule that allows for a team of two people as producers to get nominated for the Academy’s top prize, Best Picture. And while there is a lot to go in terms of progress for this area as far as ineligibility and snubs are concerned, the Academy’s Music Branch now allows for a film score to be nominated if three or more “equally contributing” composers work on the film.

All of these changes were decided upon last week and here is the official press release announcing the changes:

“For the first time, nominations voting in the Animated Feature Film category will be opened up to the entire eligible voting membership. Invitations to join the nominating committee will be sent to all active Academy members, rather than a select craft-based group. Voting in the nominations round will now be preferential instead of based on a numerical scoring system. Members participating on the nominating committee may view films in their theatrical runs or at other screenings, through the Academy’s streaming site or on DVDs/screeners to qualify to vote.

“In the Documentary categories, multi-part or limited series are not eligible for awards consideration. The Documentary Branch Executive Committee will resolve all questions of eligibility and rules.

“In the Best Picture category, in determining the number of producers eligible for nomination, a bona fide team of not more than two people shall be considered to be a single “producer” if the two individuals have had an established producing partnership as determined by the Producers Guild of America (PGA) Producing Partnership Panel. Final determination of the qualifying producer nominees for each nominated picture will be made by the Academy’s Producers Branch Executive Committee.

“In the Music (Original Score) category, in the case of a score that has three or more equally contributing composers, the composers may be considered as a group. If the score wins the Original Score award, the group would receive a single statuette.”

Other rule changes fall under the category of what the Academy calls “housekeeping adjustments.”

What do you all think of these changes? While you’re at it, what changes would you like to see the Academy make in the future? Personally, I’m still hoping to go back to 5 or 10 straight films in Best Picture or the creation of a Best Casting Director category. Comment below and let us know.
You can follow Matt and hear more of his thoughts on the Oscars and Film on Twitter at @NextBestPicture